Super Bowl 2022: What to know about the game

Home Sports Super Bowl 2022: What to know about the game 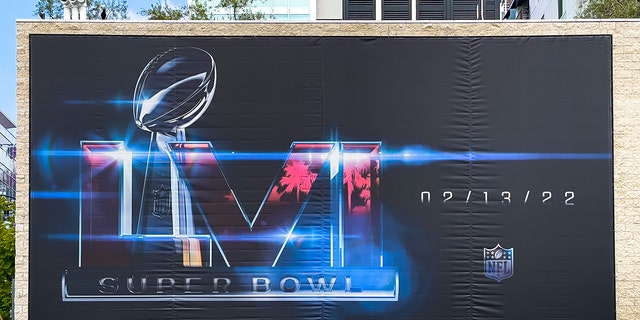 Super Bowl LVI is around the corner and fans finally know who will be competing for the Lombardi Trophy.

The Bengals are making their first Super Bowl appearance since the 1988 season.

The Rams are making their first Super Bowl appearance since the 2017 season.

Joe Burrow and Matthew Stafford will lead Cincinnati and Los Angeles respectively in the game. Both players are making their first Super Bowl appearances.

Burrow could be the first Heisman Trophy-winning quarterback to win the Heisman, National Championship and the Super Bowl with a victory over the Rams. Stafford has a chance to cement his legacy with a Super Bowl title after Los Angeles acquired Stafford from the Detroit Lions.

Here’s everything you need to know ahead of the big game.

When is the Super Bowl?

FILE – This is a general overall interior view of SoFi Stadium as the Los Angeles Rams takes on the Tampa Bay Buccaneers in an NFL football game Sunday, Sept. 26, 2021, in Inglewood, Calif. (AP Photo/Kyusung Gong, File)

Will fans attend the game?

Los Angeles Rams fans get ready for the game between the Los Angeles Rams and the Arizona Cardinals in the NFC Wild Card Playoff game at SoFi Stadium on January 17, 2022 in Inglewood, California. (Ronald Martinez/Getty Images)

Much like last season, the threat of a coronavirus outbreak still looms large. Super Bowl organizers have said that the show will go on despite the emergence of the omicron variant. Los Angeles County officials expect the stadium, which seats 70,000 plus, will be at max capacity for the event.

As of Dec. 15, fans ages 5 years and older attending SoFi Stadium must provide a proof of full vaccination or a negative PCR COVID test within 48 hours prior to the event and within 24 hours with an antigen test. Guests 18 years and older must have a photo I.D. and masks are required at all times unless eating or drinking.

Further explanation of the SoFi Stadium rules are on the stadium’s website.

Who will sing the national anthem?

Mickey Guyton will perform the national anthem, and Aiko will perform “America the Beautiful.” The gospel duo Mary Mary, along with LA Phil’s Youth Orchestra Los Angeles, will perform “Lift Every Voice and Sing.”

Who is performing at halftime?

A historic lineup of hip-hop all-stars will be performing the halftime show.

Dr. Dre, Snoop Dogg, Eminem, Mary J. Blige and Kendrick Lamar are all set to show up at SoFi Stadium for the halftime show.