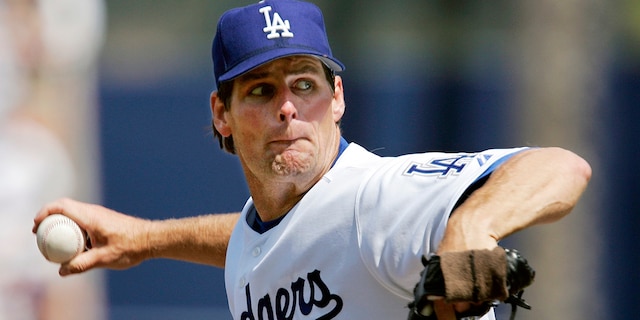 Scott Erickson, a former MLB pitcher who played for six teams and tossed a no-hitter in 1994, is facing reckless driving charges in connection with an alleged hit-and-run crash in California that left two young brothers dead, according to reports.

Erickson had been racing against another driver, Rebecca Grossman, the wife of a burn center founder who was previously charged with murder and vehicular manslaughter in the case, FOX 11 of Los Angeles reported.

The boys, ages 8 and 11, were struck while walking with their parents and two other family members in a marked crosswalk on Sept. 29 in Westlake Village, a community about 37 miles northwest of downtown Los Angeles, FOX 11 reported.

When the accident occurred, Erickson, 52, had been racing against Grossman, 57, of Hidden Hills, the Los Angeles County District Attorney’s Office alleged, according to the station.

Erickson was arrested Wednesday, charged with misdemeanor reckless driving. He has a court date March 16, the station reported.

Grossman was arrested on the day of the accident and released on bond Oct. 1. She was charged Dec. 30 with two felony counts each of murder and vehicular manslaughter with gross negligence, and one felony count of hit-and-run driving resulting in death, FOX 11 reported.

Prosecutors alleged that Grossman continued driving after striking the boys, stopping about a quarter-mile away.

She has pleaded not guilty to the charges, which could send her to prison for up to 34 years if convicted, ESPN reported.

It was not immediately clear why the two drivers were arrested four months apart.

Erickson played for MLB teams from 1990 to 2006, for the Twins, Orioles, Mets, Rangers, Dodgers and Yankees. He was a member of the Twins’ 1991 World Series champions.