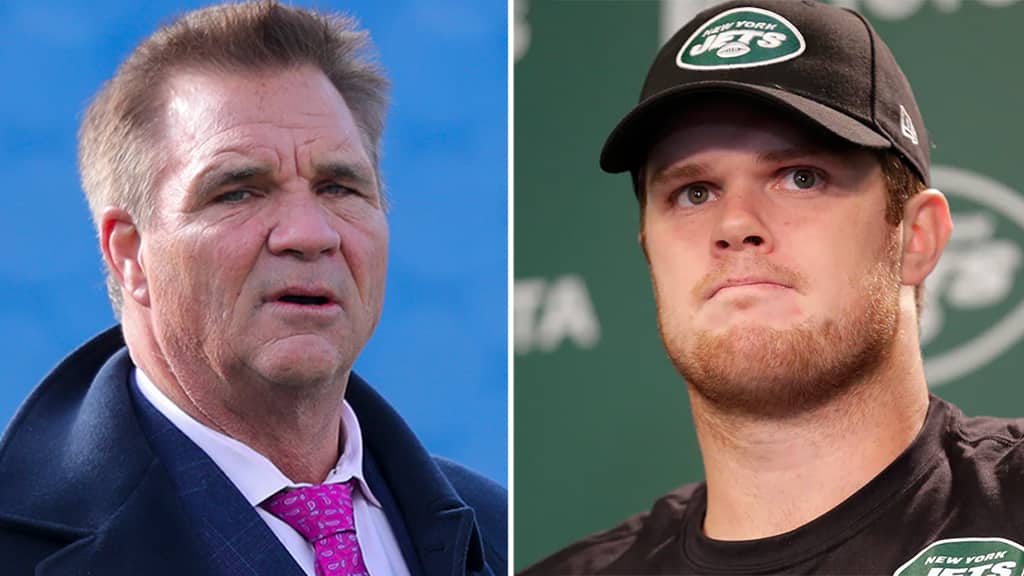 The New York Jets and quarterback Sam Darnold appear to be headed for divorce.

In 12 games last season, Darnold threw for 2,208 yards, and he only had nine touchdowns with 11 interceptions. New York finished with a 2-14 record and landed the No. 2 draft choice in the 2021 NFL Draft. And with that second pick, the Jets are expected to take a rookie quarterback.

“For the Jets, it’s going to come down to building with a rookie quarterback,” Baldinger told Fox News on Tuesday. “I think Zach Wilson is their presumptive guy. They’ve seen the arm talent, they are willing to build around him on a rookie contract. That’s what it’s going to come down to. I think they are waiting to go through the physicals, and probably meet with him one or two more times until they are comfortable with him.”

Drafting Wilson means the Jets will likely put Darnold up for sale.

Baldinger said during his three years with the Jets, Darnold “had nothing to work with” but he still believes the USC product can resurrect his career with another franchise. Potential suitors for him could be the Washington Football Team, Denver Broncos, and Pittsburgh Steelers, according to Baldinger.

“I’ve done a football camp with Sam Darnold, I feel like I know Sam. He’s a guy who you want in your building,” Baldinger said. “I think you can easily see a Ryan Tannehill situation with Darnold. Especially if you can put a good team in front of him.”

Baldinger believes other NFL teams are looking at what Ron Rivera and Jack Del Rio are doing in Washington. Last season, Washington finished with a 7-9 record and came away with the NFC East title, and the franchise has built a stout defensive line featuring the likes of Chase Young, Montez Sweat, Daron Payne, and Jonathan Allen. Washington also has solid offensive weapons in running back Antonio Gibson, tight end Logan Thomas, and wide receiver Terry McLaurin.

And even though Washington signed journeyman Ryan Fitzpatrick this offseason, all it’s really missing is a legitimate franchise quarterback. Darnold could be that guy for Washington.

“There’s a team out there that says, ‘Let’s do what Washington is doing. Let’s build a team as big and strong as we can. And then we’ll get the quarterback when we can get him.’ That’s really what Tampa Bay did,” Baldinger explained. “They built their team and then they went and got the GOAT [Tom Brady] and won a championship. And now they are in a position to repeat. There’s a part of me that says, ‘Stop reaching for quarterbacks and build your team when you can, and get the best possible team.’

“San Francisco and Washington have championship-level defenses. If you get the right quarterback in there, where you can keep the score at 17 points every week, you have a chance to win a lot of games.”

Darnold’s future remains up in the air, but it’s likely his career in New York is over. In three seasons, he led the Jets a 13-25 overall record with 8,097 passing yards, 45 touchdowns, and 39 interceptions.