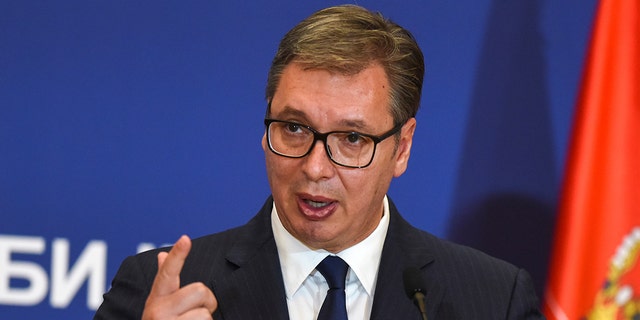 Novak Djokovic is the subject of a “political witch hunt,” Serbian president Aleksander Vucic said Thursday as the tennis star awaits a court ruling over his permission to be in Australia to play the Australian Open.

Djokovic was put into a Melbourne hotel waiting for a court ruling and dealing with possible deportation from the country because of an issue related to his visa application.

Tennis’ world No. 1’s case was adjourned until Monday because of a delay in receiving the application for a review of the visa decisions and the temporary ban on his deportation. He was transferred to a hotel controlled by immigration officials that also houses asylum seekers and refugees.

“What is not fair play is the political witch hunt (being conducted against Novak), by everybody, including the Australian prime minister pretending that the rules apply to all,” Vucic told reporters, via AFP.

Serbia hopes Djokovic will get to stay in a house he rented for the duration of the Australian Open instead of the government-controlled hotel he was put in.

“I fear that this relentless political pursuit of Novak will continue until the moment they can prove something, because when you cannot defeat somebody then you turn to these type of things,” Vucic added.

“Mr Djokovic’s visa has been canceled. Rules are rules, especially when it comes to our borders. No one is above these rules. Our strong border policies have been critical to Australia having one of the lowest death rates in the world from COVID, we are continuing to be vigilant,” Morrison tweeted.

The Australian Border Forces also released a statement stating that Djokovic did not provide the “appropriate evidence” to meet the government’s entry requirements, resulting in his visa being canceled.

“Non-citizens who do not hold a valid visa on entry or who have had their visa canceled will be detained and removed from Australia,” the statement read, via The Age.

Djokovic had not disclosed whether he’s vaccinated against the coronavirus, which is at the heart of the issue. He had landed in the country thinking he had Victoria state approval that would shield him from regulations requiring all players, fans and staff to have received the COVID-19 vaccination to be at the Australian Open. Apparently, that would’ve been OK to enter the tournament, but not the country.

The Australian Open begins on Jan. 17.

Fox News’ Paulina Dedaj and the Associated Press contributed to this report.