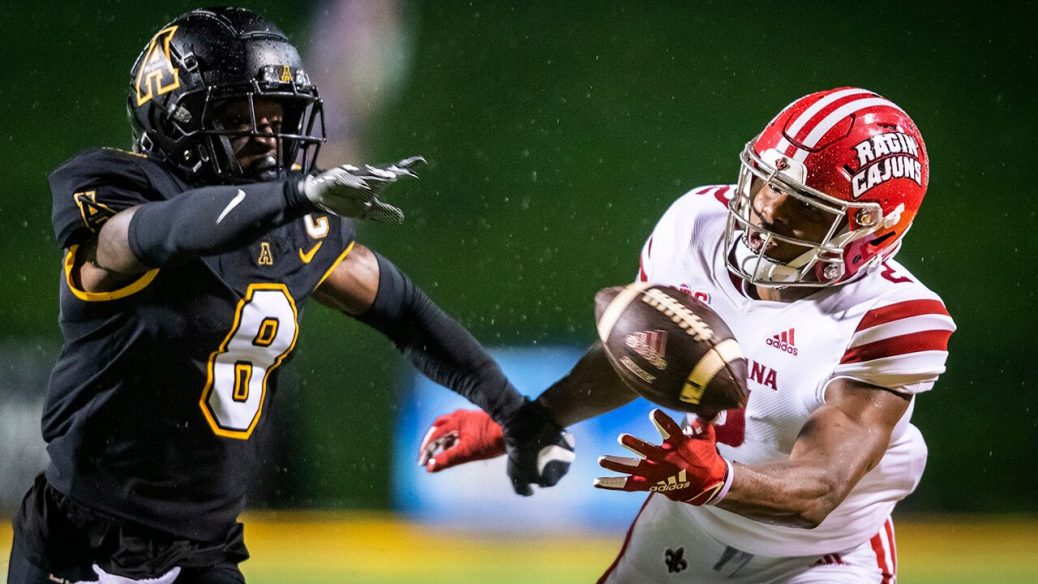 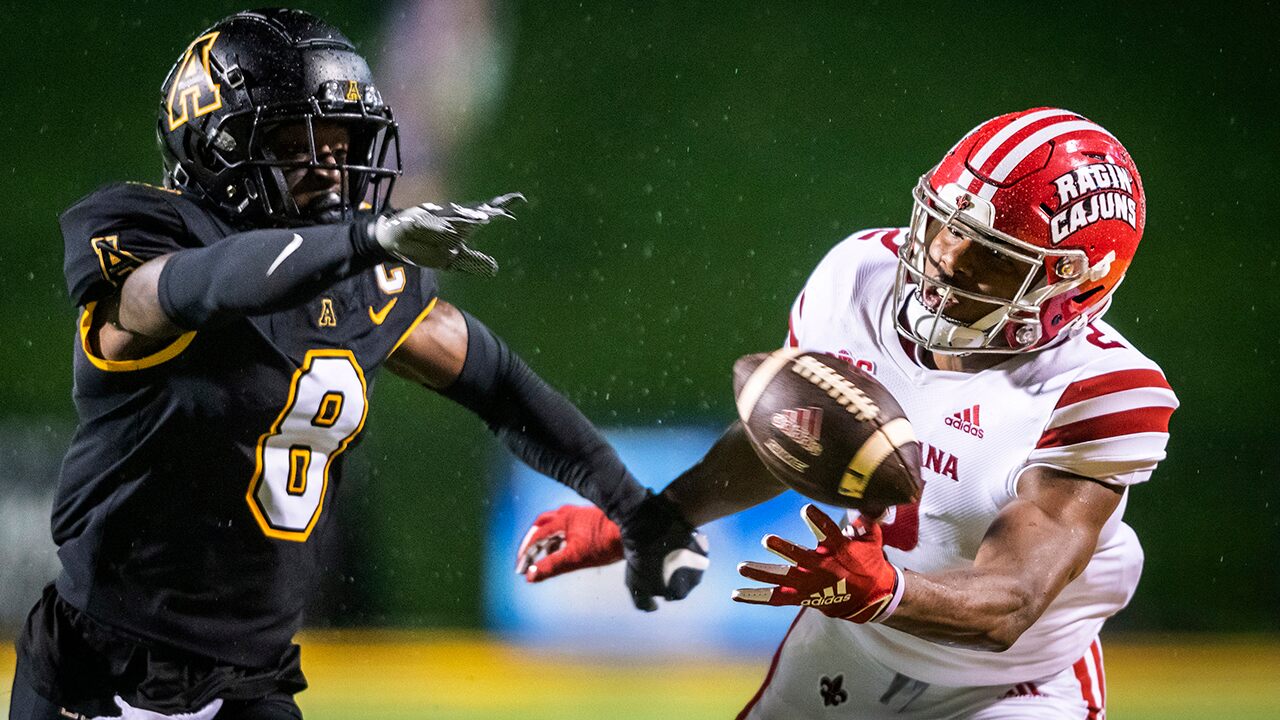 It was anything but pretty, and at times downright nerve-wracking, yet coach Billy Napier and Louisiana-Lafayette finally got the best of Appalachian State.

No. 20 Louisiana-Lafayette overcame three snaps that sailed over the punter’s head and another bad one on a extra point to beat their Sun Belt rival 24-21 for the first time on a cold, rainy Friday night when the Mountaineers’ Chandler Staton missed a 30-yard field goal with 2 seconds left.

Running back Trey Ragas scored three touchdowns, and Levi Lewis threw for 101 yards and a touchdown and ran for 77 yards to help the Ragin’ Cajuns (9-1, 7-1 Sun Belt) beat Appalachian State (7-3, 5-2) for their sixth straight win.

“Our kids competed and I couldn’t be more proud,” Napier said. “We talked all week about being tough minded, and having a tough culture. I think today is the best example of that so far this season. … That’s a tough place to play and tough conditions to play in.”

Louisiana-Lafayette was 0-8 against Appalachian State, including losses in the last two conference championship games.

He put Louisiana-Lafayette in a bind early, twice snapping more than 10 yards over the head of the punter in the first half and then sending a high snap to the holder on a failed extra point resulting in a 10-9 halftime deficit.

Still, the Ragin’ Cajuns appeared in control after Ragas’ touchdown runs of 17 and 1 yards in the third quarter made it 24-10.

But after Appalachian State cut the lead to seven on a touchdown run by Camerun Peoples, Boudreaux remarkably sent another snap over the head of the punter, who chased it down and kicked it out of the back of the end zone for a safety with 6:36 left in the game — giving the Mountaineers the ball back down by 24-19.

Ferrod Gardner and Chauncey Manac combined to sack Appalachian State quarterback Zac Thomas on a fourth-and-9 play at the Lafayette 29.

Still, Lewis and the offense couldn’t put the game away. Faced with a fourth-and-2 situation, Napier made the unusual decision to have Lewis take a snap and retreat into the end zone for another safety with 1:46 left instead of going for the first down or risking another bad snap on the punt.

“Do you want to run the snapper and punter out there and try it again?,” Napier said. “… We felt like the best opportunity to win was to give up a safety there and not give up another bad play.”

Napier said at that point he wanted to put the game in the hands of his defense.

It worked, although not without drama. Appalachian State moved into field goal range following a defensive pass interference penalty near the end zone. After taking two shots at the end zone, App State went for the field goal with 5 seconds left on the clock but Staton hooked the potential tying field goal wide left.

“That was relief,” Manac said.

Thomas 10 of 21 for 92 yards with 2 INTs. He was sacked three times. Camerun Peoples ran for 102 yards and a touchdown for Appalachian State.

“The passing game was tough,” Appalachian State coach Shawn Clark said. “The ball was wet, it was raining and snowing and sleeting a little bit. It came down to turnovers. We had three turnovers on offense and you aren’t going to win big time football games when you have three turnovers.”

The Ragin’ Cajuns had already clinched a spot in the Sun Belt Conference championship game against Coastal Carolina, so the contest was largely about pride. Appalachian State beat Louisiana-Lafayette four times in the previous two seasons, twice in the championship game on this same field.

Thomas entered the game with 30 career wins — second only to Clemson’s Trevor Lawrence among active college quarterbacks — but the Ragin’ Cajuns held him to 92 yards passing and two interceptions. He has now thrown 15 interceptions on the season.

Napier did not respond to questions when asked if he will interview for the vacant South Carolina head coaching job.

Former Ragin’ Cajuns quarterback Jake Delhomme introduced Lewis remotely during pregame introductions. Delhomme, who led the Carolina Panthers to the Super Bowl, is the only ULL quarterback with more TD passes than Lewis.

Louisiana-Lafayette: It’s possible the Ragin’ Cajuns may be too scared to ever try to punt the ball again after a disastrous night for Boudreaux. Regardless, Napier is probably going to need to seek alternative options at long snapper.

Appalachian State: The Mountaineers couldn’t get anything going offensively, and were limited to 290 yards.

Despite the near loss, Louisiana-Lafayette should remain in about the same position in the polls.

Louisiana-Lafayette: Will play at No. 14 Coastal Carolina in the Sun Belt Conference championship game on Dec. 19. It is the Ragin’ Cajuns’ third straight appearance in the conference title game.

Appalachian State: Head on the road to face Georgia Southern on Dec. 12 in the regular season finale.