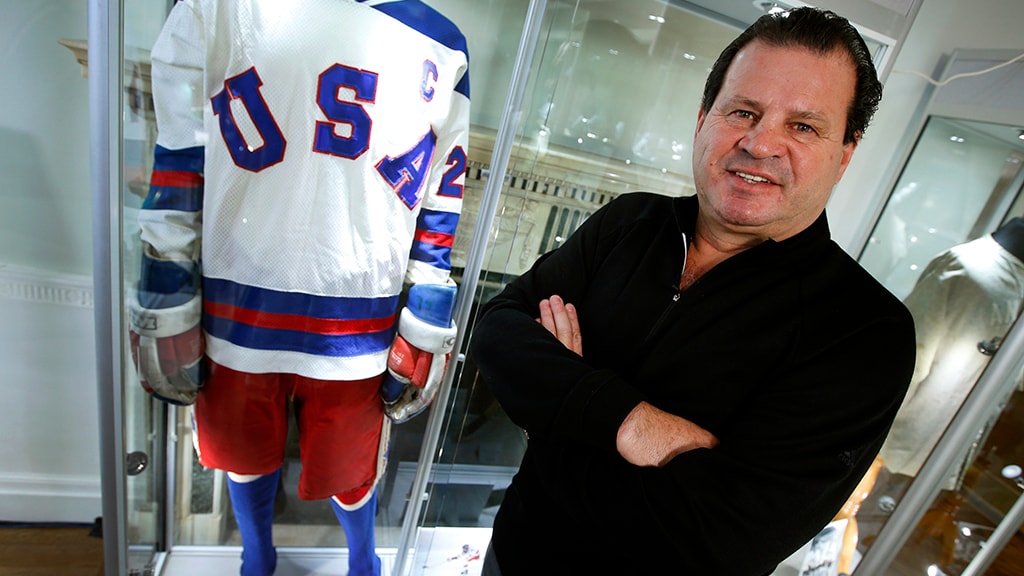 Mike Eruzione, one of the stars of the U.S. Olympic “Miracle on Ice” team that upset the Soviet Union in the 1980 Winter Games, came out Monday against boycotting the 2022 event in Beijing.

Eruzione wrote in a column for USA Today that the U.S. should go and beat China on their home field in front of the world.

He added that boycotting the games would ruin dreams for Olympians and Paralympians and “we will hand China and other countries victories we could win in competition.”

“… When our hockey team defeated the Soviet Union, people commented on what it said about America that a group of amateur hockey players defeated a government-backed, professional Soviet hockey team,” Eruzione wrote. “This upcoming Olympics are similar: Many American athletes train on their own, supported by their own resources and coaches. And they often compete against athletes from around the world whose governments fund (and force) training.

“Given those circumstances, what better message can we send to the world than the one we’ve sent for decades: American athletes standing on the podium, earning medals, and winning not because a government demanded it, but because an athlete aspired to it. That’s what the ‘Miracle on Ice’ meant to me and to many others, and I’d urge us to give today’s Olympians a chance at similar miracles.”

SEN. TED CRUZ: DON’T BOYCOTT CHINA OLYMPICS – US TRIED THIS BEFORE AND HERE’S WHO WAS HURT THE MOST

The Biden administration has come under pressure to boycott the games because of China’s human rights issues.

“The world cannot stand by and allow China to continue these egregious human rights violations,” Reps. Guy Reschenthaler and Michael Waltz wrote in an opinion piece for Fox News recently.

“This is why we have introduced a resolution in Congress urging the IOC to move the 2022 Winter Olympic Games. If the Games are not moved, our resolution call for the United States to lead an international boycott of the 2022 Olympic Games,” the article said.

China has brushed aside calls for boycotts over the game and described it as a “violation of the Olympic spirit.”