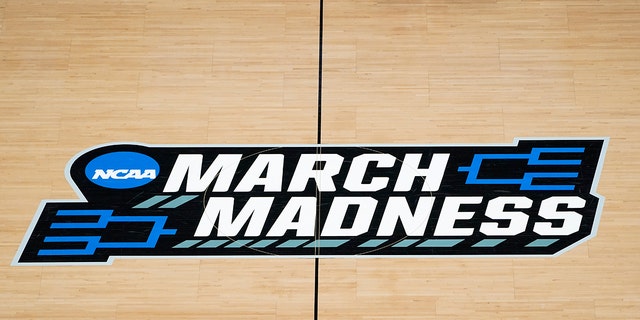 With the NCAA Men’s and Women’s Basketball Final Fours on the horizon, teams have been pouring through data to try and get an edge on their opponents in the biggest games of the season.

Synergy Sports, owned by Sportradar, has provided basketball coaches and personnel software that allows them to create advanced scouting reports and deep-data dives to help them game-plan for their upcoming competitions.

Mark Silver, the managing director, sports performance for Sportradar, told Fox News Digital in a recent interview that Synergy’s technology gives coaches “advanced-level detail” to be used for many reasons.

“One of the most obvious ones is what’s called game scouting or advanced scouting and that is preparing for your next opponent,” Silver said. “The tournament is a great example. I have an opponent I didn’t play all year. They’re not in my conference. Maybe I follow them a little bit because they have a player or just in general interest. I don’t know the way that team plays or maybe even who their best three players that I need to focus on. But I can come into the Synergy platform, go that team and very quickly see, through the data that we log, who dominates possession, who actually finishes the play most often for that team.”

Silver said the technology Synergy uses can break down to what kind of offenses teams run, analyze if they run pick and rolls, and determine if certain players work more in the post. If a particular player gets the ball in the post often, coaching staffs can then see whether what kind of tendencies the player has when in that position.

“What all that information allows me to do is create a scouting report on team and player tendencies to better prepare for that team both on offense and defense. … What’s really important is that for every single one of those examples, let’s say there’s 30 post-ups on the left block where the player turned right shoulder to a drop set to a made two by a dunk, I have video to support that so I can watch all 30 of those, confirm what the data is telling me and actually start working on a game plan.”

Silver told Fox News Digital the next step for a coach would be to create a playlist to share with their player and they can take it back to their dorm and watch the videos on their tablet device or computer.

Dedrique Taylor, the current head coach at Cal State Fullerton and a former assistant at Arizona State, told Fox News Digital he was lucky enough to get to use the program when he was on the bench for the Sun Devils.

Head coach Dedrique Taylor of the Cal State Fullerton Titans cheers on his team against the Duke Blue Devils during the first round of the 2022 NCAA Men’s Basketball Tournament held at Bon Secours Wellness Arena on March 18, 2022 in Greenville, South Carolina. (Grant Halverson/NCAA Photos via Getty Images)

“I first heard it and was exposed to it because I think at the time the NBA was using it and they referenced Synergy this and Synergy that and it was during a time where it was really fortunate to be a Arizona State where he had a video coordinator, we had an assistant video coordinator and I think we had like seven or eight managers,” he said. “A video coordinator at the time was into that stuff. He was really into the technology part of the basketball world. A lot of NBA guys, coaches, scouts, they would come through Arizona State and they mentioned it a lot.”

Taylor, whose team made it to the NCAA Tournament this year after winning the Big West Conference Tournament, said it was a smooth transition when he took over the reins before the start of the 2013-14 season.

“I think when I first got here it became one of or maybe the only software we were using for about the first year or two,” he said.

Silver, a former video coordinator with the Philadelphia 76ers, added that one of the things coaches like about the technology is the massive amounts of player data that exists in their system.

“I think a lot of it is that the player can see the data and that’s been a huge thing. It’s very easy then to break down what the opponent likes to do and then just see how easy it is to recall any piece of video from any game for like 10 years now almost in Division I. And that sort of ease of use and the immediate recall is hugely important,” he said.

“What we’re seeing sort of evolved from that is we now have a computer vision automated video system that we have across 175 D1 arenas that allow teams to do that not only in post game and pre-game but in games. We actually create the data live with bench video proliferating and being approved by more conferences. That’s sort of one of the next steps that we’ve been doing for the last three years.”

Each NCAA Division 1 men’s and women’s basketball program has partnered with Synergy to get access to the in-depth data.

Silver pointed to how useful the information is in certain situations like the tournament where there’s only a few days in between rounds for teams who move on.

“They use it every round. It is extremely valuable in those quick-turn situations and right around the (Rounds of) 64, 32 and even the Sweet 16 and Elite Eight. You have these within 48-hour turns between when you win and when your next game is. Having all the data readily available really provides a workflow that allows you to create the game plan you need to. Otherwise, you’d be trying to find video and figure out who you need to guard. We take a lot that initial work off the coaching staff’s shoulders where they can focus on game-planning versus trying to collect and aggregate video and data.”

The Women’s Final Four is set to begin Friday night. Louisville is set to take on South Carolina and Connecticut is set to play Stanford. The national championship will be played Sunday.

The Men’s Final Four begins Saturday. Villanova will play Kansas and North Carolina will play Duke. The national championship will be played Monday.