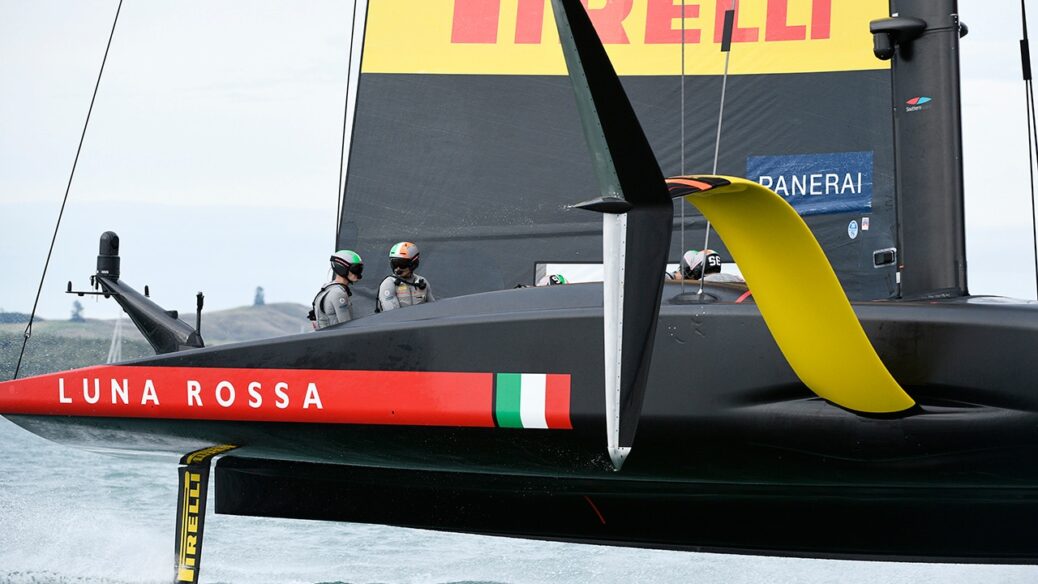 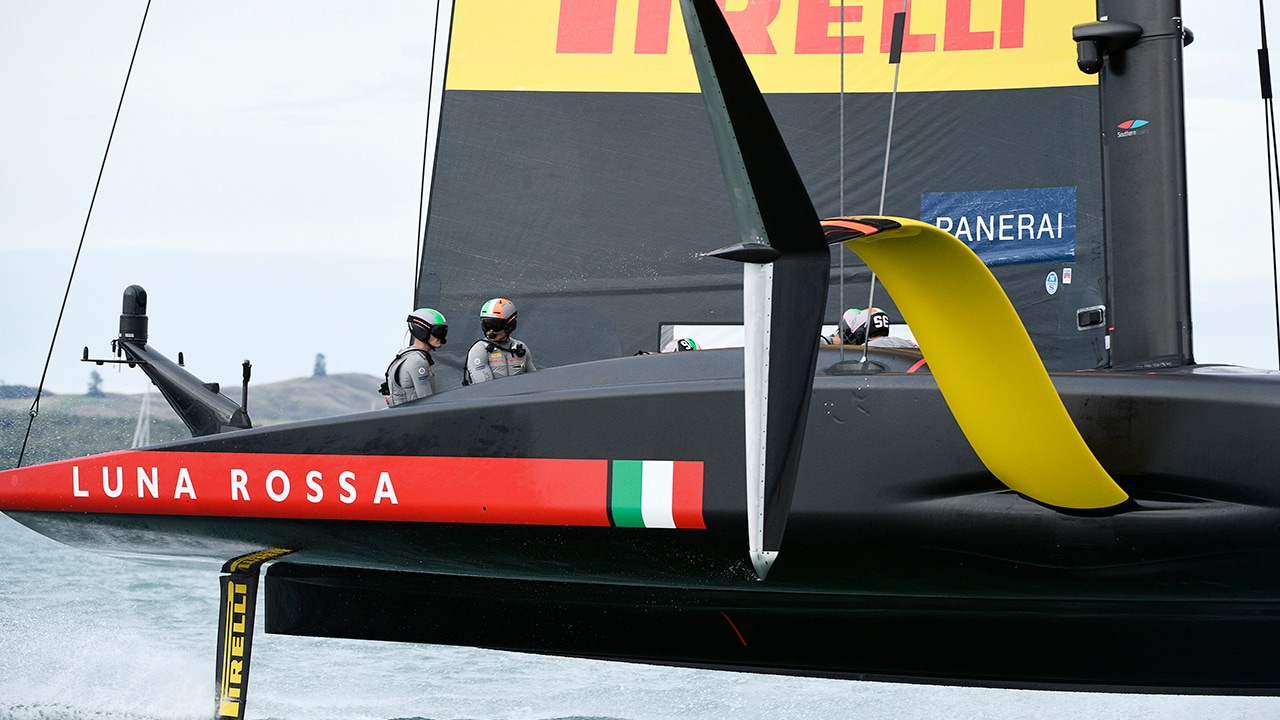 Hours from any significant body of water in a narrow mountain valley, three Italian companies collaborated on the next generation of sailing machines — ones designed to actually fly over the water’s surface — to challenge America’s Cup defender New Zealand in the world’s oldest regatta.

The Luna Rossa, built by family-run Persico Marine with the backing of Italian high-end powerhouses Prada and Pirelli, gained admiration by winning two regattas leading up to the America’s Cup main event in Auckland, New Zealand. The Italian team has mounted a strong challenge in the first nine races against New Zealand.

The AC75 sail boats that made their debut in the 36th America’s Cup are a fantastical sight: 75-foot single-hulled monsters that hover over the water, guided by a pair of canting foils that resemble a water insect’s legs, like no other sailboat in the history of the 170-year-old race.

“By now we are talking about aeronautics,’’ said Marcello Persico, president of Persico Marine. “We speak of wings under the foil, that are what actually makes the boat fly. Near the rudder there is the elevator which, like the tail on an airplane, allows it to come out of the water, so ‘take-off.’”

The 11-sailor team crouches in two pits, scurrying back and forth as the boat maneuvers over the surface. The helmsman controls not only the wheel, but also a crank, which in one direction pulls the tail down, and in the other pushes the nose up for take-off.

All four teams competing this year followed the same specs, and Persico, besides building two versions of the Luna Rossa for Prada and Pirelli, made the twin foils for all the teams. Competitive differences came down to weight, and design decisions about the wings that jut from the bottom of the foils.

To make the Prada-Pirelli team’s two Luna Rossa boats as light as possible, Persico made adjustments on the 6.5-ton vessel down to the gram.

The construction process combines high-tech robotics with artisanal handcrafting. Machinery is used to cut the carbon fiber, which is laminated either by hand or by robot, before being applied over a honey-comb shaped material that becomes the structure. Hand assembly is a key passage, involving also precision filing.

After completion of the Luna Rossa I and II, Persico is now building smaller three-sailor single-hull foil sailboats, the Persico 69F, that could be the future of hobby sailing and smaller regattas.

Prada CEO Patrizio Bertelli has been chasing the America’s Cup for the better part of two decades, first collaborating with Persico for construction of boats for the 2007 America’s Cup in Valencia, Spain.

Pirelli’s collaboration this round was also technical, developing an elastomer, or synthetic polymer with the properties of elastic rubber, to cover the wings of the foils, and the rudder.

“The objective is to develop a material that is part of the boat that remains in touch with the water. A bit like what happens in Formula One with the tires, they touch the ground basically,’’ Pirelli CEO Marco Tronchetti Provera told The Associated Press. “Everything on this boat is a science.”

The Luna Rossa I already had been officially launched in Sardinia when Italy went into lockdown in March 2020. But her sister boat, the Luna Rossa II, was still in production in Nembro, near the Bergamo epicenter of Italy’s deadly spring coronavirus surge. Construction was halted for nearly two months, and the boat had to be transported by a Russian Antonov to reach New Zealand in time.

It has been the Luna Rossa II, with improvements aimed at making the boat even lighter, that has performed in the waters off Auckland. After Tuesday’s race, the Luna Rossa was trailing 6-3 in the best of seven competition — which means it will have to win four straight races to topple New Zealand.

Tronchetti Provera said the technology and the team behind the Luna Rossa has created fresh enthusiasm around the America’s Cup in Italy, even among non-sailors and after a year marked by the tragedy of the pandemic.

“These boats are achieving the dreams of any sailor, which is to go fast upwind,” Tronchetti-Provera said. “We see the best of our country, in a very bad time.”