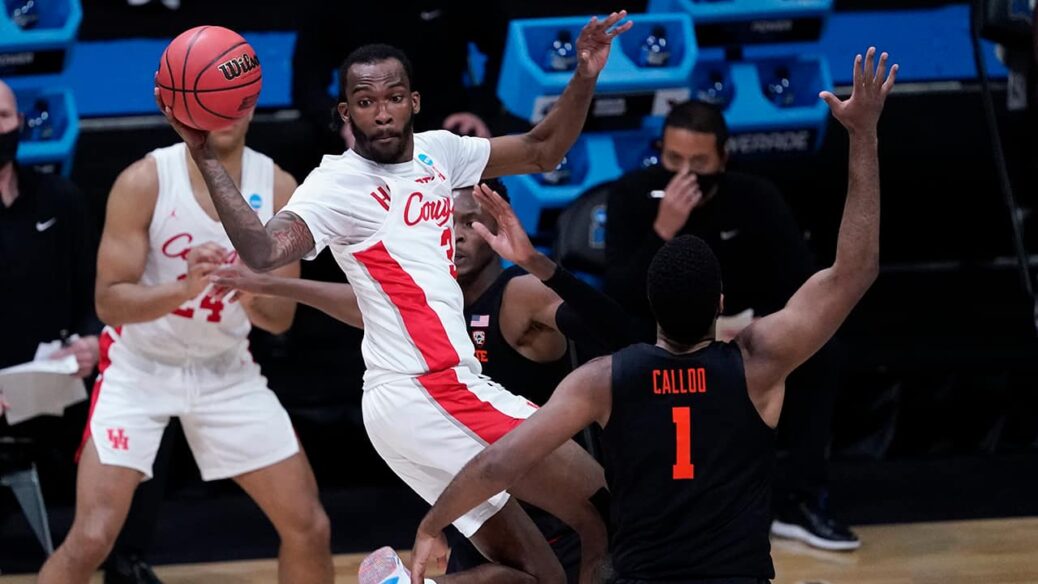 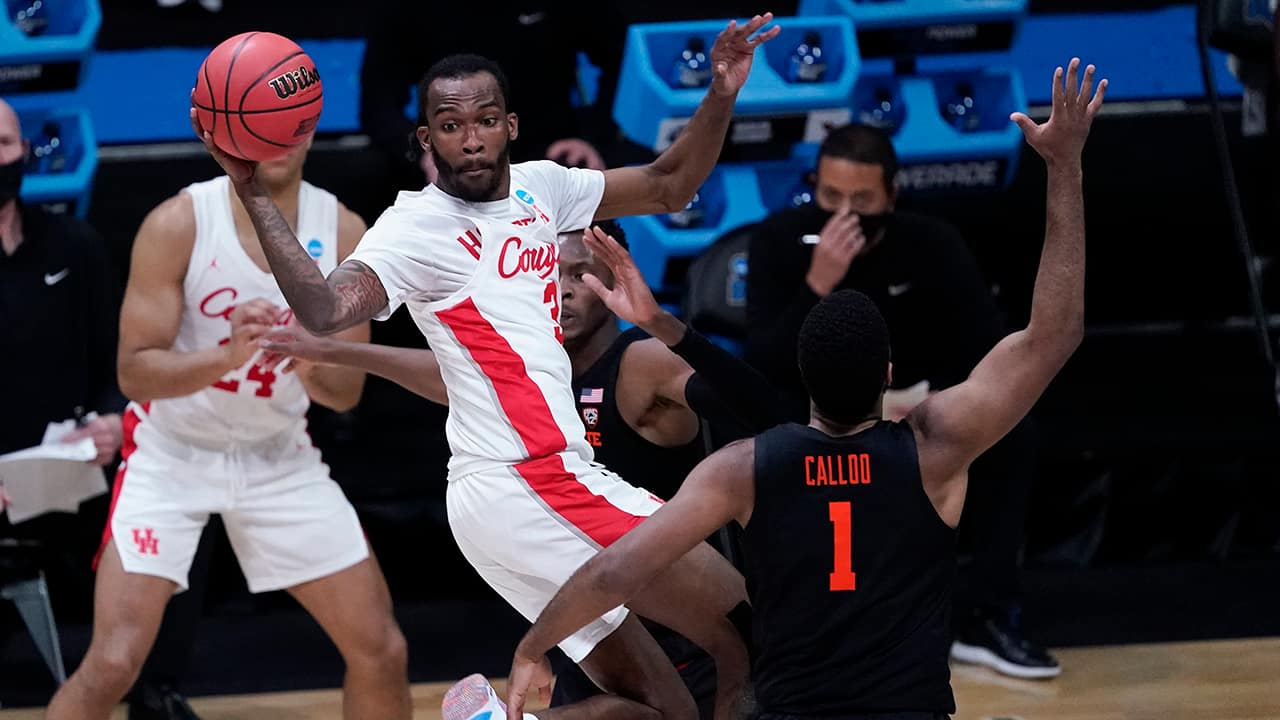 Houston overcame a blown 17-point lead to hold off Oregon State 67-61 on Monday night in the NCAA Tournament, reaching the Final Four for the first time in 37 years.

Quentin Grimes hit a 3-pointer with 3:21 left to break a 55-all tie. The second-seeded Cougars (28-3) spent the first half building a big lead behind a dominant defense, but they spent the second half hanging on as the 12th-seeded Beavers tried to add one more surprising result to a Midwest Region bracket beset by upsets.

Grimes’ 3 from near the top of the arc finally steadied the Cougars, and Houston knocked down enough free throws down the stretch while holding Oregon State without a basket during a critical 3 1/2 minutes.

It wasn’t always pretty, with Houston shooting 29% after halftime and 32% for the game. Yet it also exemplified the program’s rugged defense-first identity under Kelvin Sampson, who has led Houston to accomplishments it hasn’t seen since the famed “Phi Slama Jama” days of the 1980s.

This will be Houston’s first Final Four since Hakeem Olajuwon and coach Guy Lewis led the Cougars to the 1984 title game, where they lost to Patrick Ewing and Georgetown. When it was over, Houston’s players sprinted to midcourt to celebrate, then migrated to the corner of the court near the Houston fan section and started jumping around — and on top of each other — in a celebratory mob.

Maurice Calloo scored 13 points to lead Oregon State (20-13), which was vying to become the worst-seeded team ever to make a Final Four.