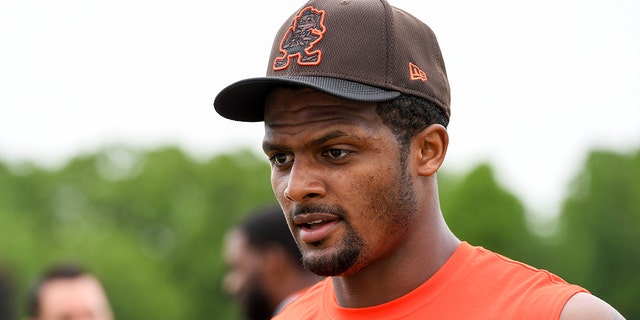 The Houston Texans organization has reached settlement agreements with all 30 of the women who have made or intended to make claims that would implicate the team as having played a role in former Texans quarterback Deshaun Watson’s alleged sexual misconduct.

Attorney Tony Buzbee, representing all 30 women, confirmed the settlement on Friday, though financial details were not disclosed and will remain confidential.

In a statement released by the attorney, Buzbee said, in part: “Today all of the women who have made, or intended to make, claims against the Houston Texans organization have resolved their claims. The terms of the settlements, to include the amounts paid each, are confidential. I will have no further comment on the allegations or the Texans’ alleged role, other than to say that there is a marked contrast in the way in which the Texans addressed these allegations, and the way in which Watson’s team has done so. As has been previously reported, only one of the thirty women who made allegations against the Texans filed a formal lawsuit. That particular lawsuit will be dismissed with prejudice as soon as the appropriate settlement paperwork is complete.”

As Buzbee stated, one woman previously filed a lawsuit against the Texans alleging their knowledge of Watson’s misconduct. The lawsuit was filed late last month before Watson and his legal term were scheduled to meet with the NFL.

The lawsuit stated that the Houston organization was : “…aware of Watson’s alleged behavior during message therapy sessions and the individuals within the Texas organization knew or should have known of Watson’s conduct.”

Quarterback Deshaun Watson #4 of the Houston Texans walks off the field after a 37-31 loss to the Cincinnati Bengals at NRG Stadium on December 27, 2020 in Houston, Texas. (Carmen Mandato/Getty Images)

Watson settled with 20 of the 24 women who have accused him in late June. He awaits a likely suspension from the NFL that is expected to be handed down as soon as next week.