Hawks’ Trae Young on regular season: ‘A lot more boring than the playoffs’ 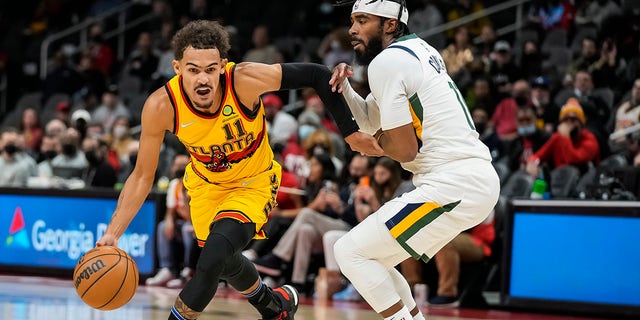 Atlanta Hawks star Trae Young said Thursday it was tough trying to rally some of his teammates early in the season because it’s not the same atmosphere as the playoffs.

Young made his comment following the team’s 116-98 loss to the Utah Jazz.

“I think guys are learning that,” he said about getting over the struggles of the early season, via The Athletic.

“We’re no longer the hunters. It’s (the) regular season. I’m not going to lie, it’s a lot more boring than the playoffs. You got to find that motivation to play like the playoffs.”

Atlanta is 4-5 to start the season.

“We have to figure out who’s going to sacrifice for this team to win. It’s all about winning at the end of the day. If you win, everyone eats,” Young added.

Atlanta Hawks guard Trae Young reacts after a call during the first half of the team’s NBA basketball game against the Utah Jazz on Thursday, Nov. 4, 2021, in Atlanta. (AP Photo/John Bazemore)

Young, along with Brooklyn Nets star James Harden, have had to make adjustments early in the season regarding their shooting and how they used to draw fouls.