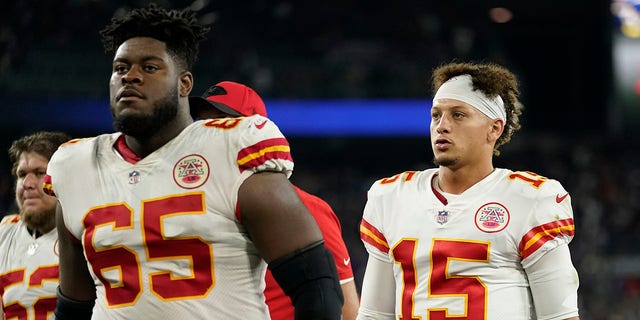 “The Kansas City Chiefs are in trouble” has been the popular refrain from NFL pundits heading into Week 8 of the 2021 season, especially after the team was trounced by the Tennessee Titans 27-3 on Sunday.

New York Giants coach Joe Judge knows just how dangerous the Patrick Mahomes-led offense can be and isn’t exactly buying into the narrative that the two-time defending AFC champions are spiraling.

“I mean, how’d the league catch up to them? Is everyone as fast as Tyreek Hill or (Mecole) Hardman? Can everybody cover the ball as deep as he can throw that thing?” Judge said rhetorically when he asked about the suggestion the NFL has caught up to the Chiefs’ offense.

“I think it’s a foolish narrative for us to buy into if we think this team isn’t as good as they are. This is a damn good team. They’re very explosive, they’re very dangerous. These guys are going to be playing their best ball Monday night. We’re going out into a tough atmosphere, it’s a lot of great energy out there, so we’ve got to get ready this week to play our best football.”

Judge praised Mahomes’ abilities despite having a league-leading nine interceptions.

New York Giants head coach Joe Judge calls out to his players during the first half of an NFL football game against the Carolina Panthers, Sunday, Oct. 24, 2021, in East Rutherford, New Jersey. (AP Photo/Seth Wenig)

“He looks like one of the best quarterbacks in the world to me. This guy is – look, to be as athletic as he is, as just naturally instinctive as he is and have that kind of arm strength to make all those throws, there’s a reason this guy gets paid that much money because there’s not a lot of these guys walking the Earth,” Judge said.

“This guy’s extremely talented. He’s got a lot of savvy and experience. I think he does a great job of going through the initial reads, finding the right receiver and if something gets shut down, extending the play. That’s when those guys really go ahead and turn it to a degree – I don’t want to say backyard, like they’re just freelancing, but they’ve got how they handle their scramble situations and they make some explosive plays down the field. If you get out of your responsibility, you get undisciplined, they’re going to find a way to make you pay.”

The Chiefs might not be the same team they were in 2020 and 2019 but they have a perfect chance at getting back to .500 against the Giants, who have been decimated by injuries.

For all the problems the Chiefs might have, the team still managed to score 30 or more points four out of its first seven games. Jabril Peppers is among the Giants who will likely miss the rest of the season due to injuries – a big blow to the already struggling defense.