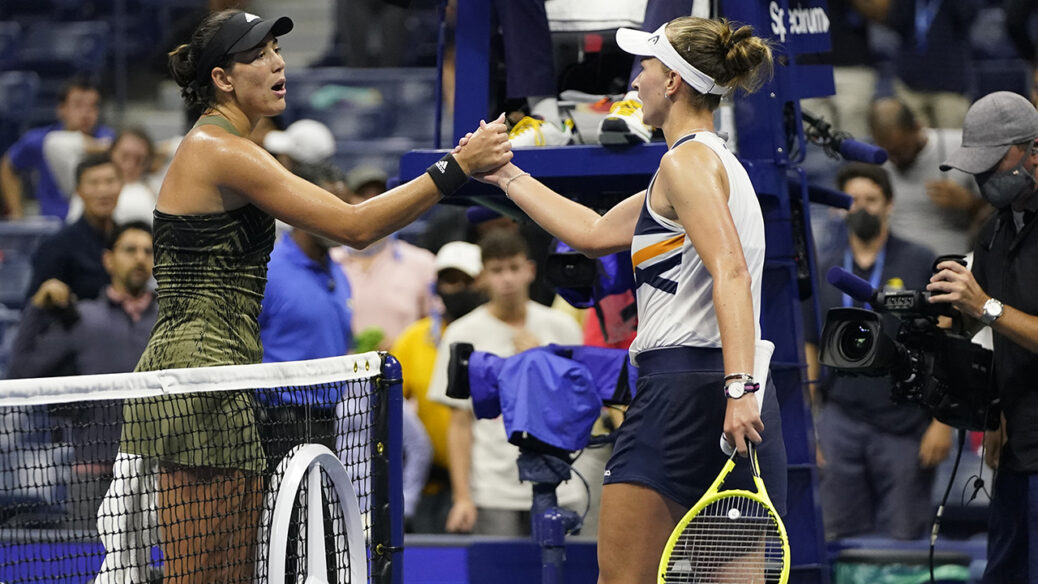 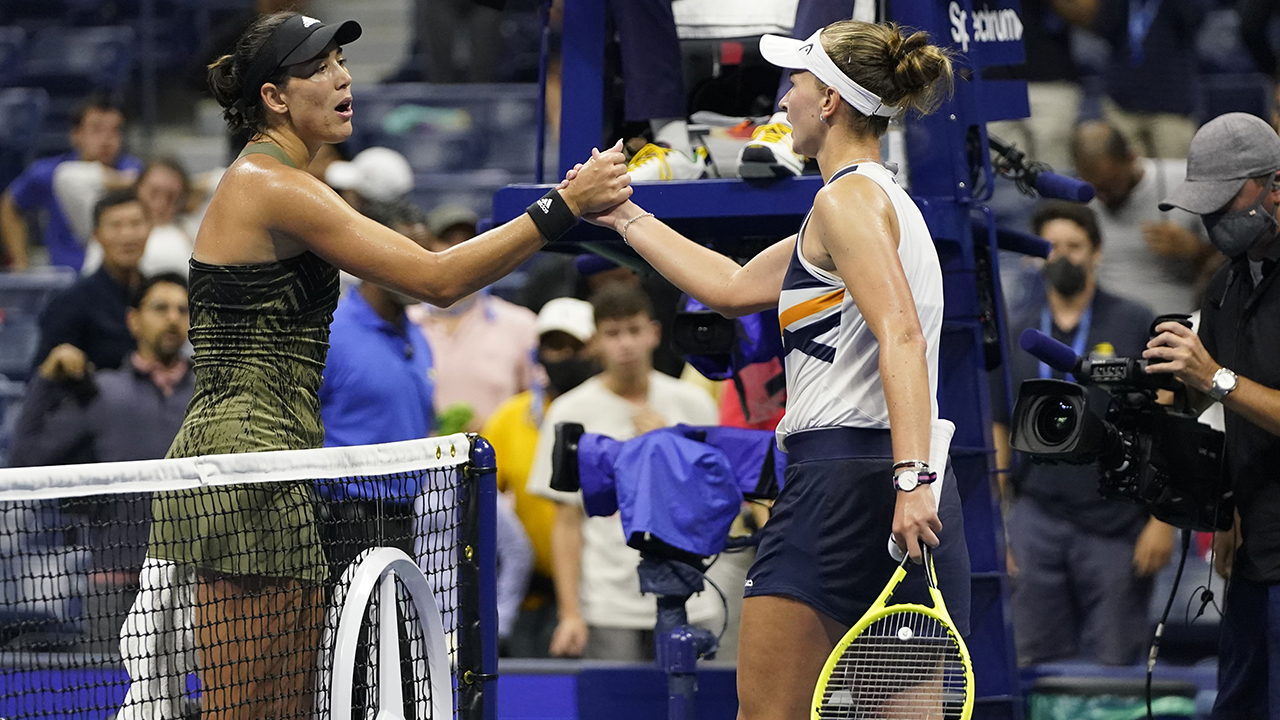 Garbine Muguruza was not going to leave the court at Arthur Ashe Stadium on Sunday without calling opponent Barbora Krejcikova “so unprofessional” to her face.

The testy exchange came after the eighth-seeded Krejcikova defeated the ninth-seeded Muguruza 6-3, 7-6 (4) in the fourth round of the U.S. Open.

Muguruza was unhappy with Krejcikova taking a medical timeout in the second set after Muguruza rallied from a 4-0 deficit to take a 6-5 lead.

When play resumed, Krejcikova, who said she had a diaphragm issue, won seven straight points. Muguruza was also seemingly irked by Krejcikova taking her time between points and slowly walking over to her towel. At the conclusion of the match, Muguruza and Krejcikova had a frosty handshake at the net, where Krejcikova seemed to apologize to Muguruza, who shook her head and said, “You’re so unprofessional.”

Krejcikova then stayed in her sidelined chair, hunched over, before leaving the court with assistance. She did not do the winner’s one-court interview after the match, and was not made available to the media afterwards.

“Listen, I don’t really want to talk about this,” Muguruza told reporters when first asked about what happened late in the second set. “I’ll let you guys judge what you think about this.”

She added: “Well, I think, between players, you know a little bit how to behave in certain moments and, yeah, I wasn’t very happy at the end of the match. That’s pretty much it.”

Instead of a post-match press conference, Krejcikova had a statement distributed by the U.S. Tennis Association.

“At the end, I was really struggling and I feel really bad right now,” said Krejcikova, who will face Belarus’ Aryna Sabalenka in the quarterfinals. “I don’t really know what happened, but I couldn’t breathe. I started to feel dizzy, and the whole world was shaking. It never happened to me before.”