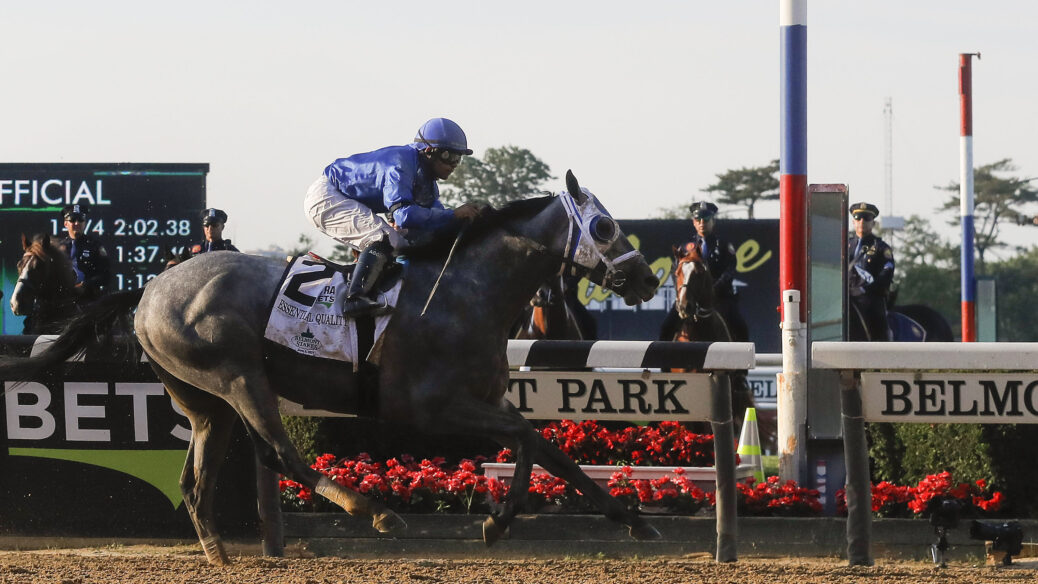 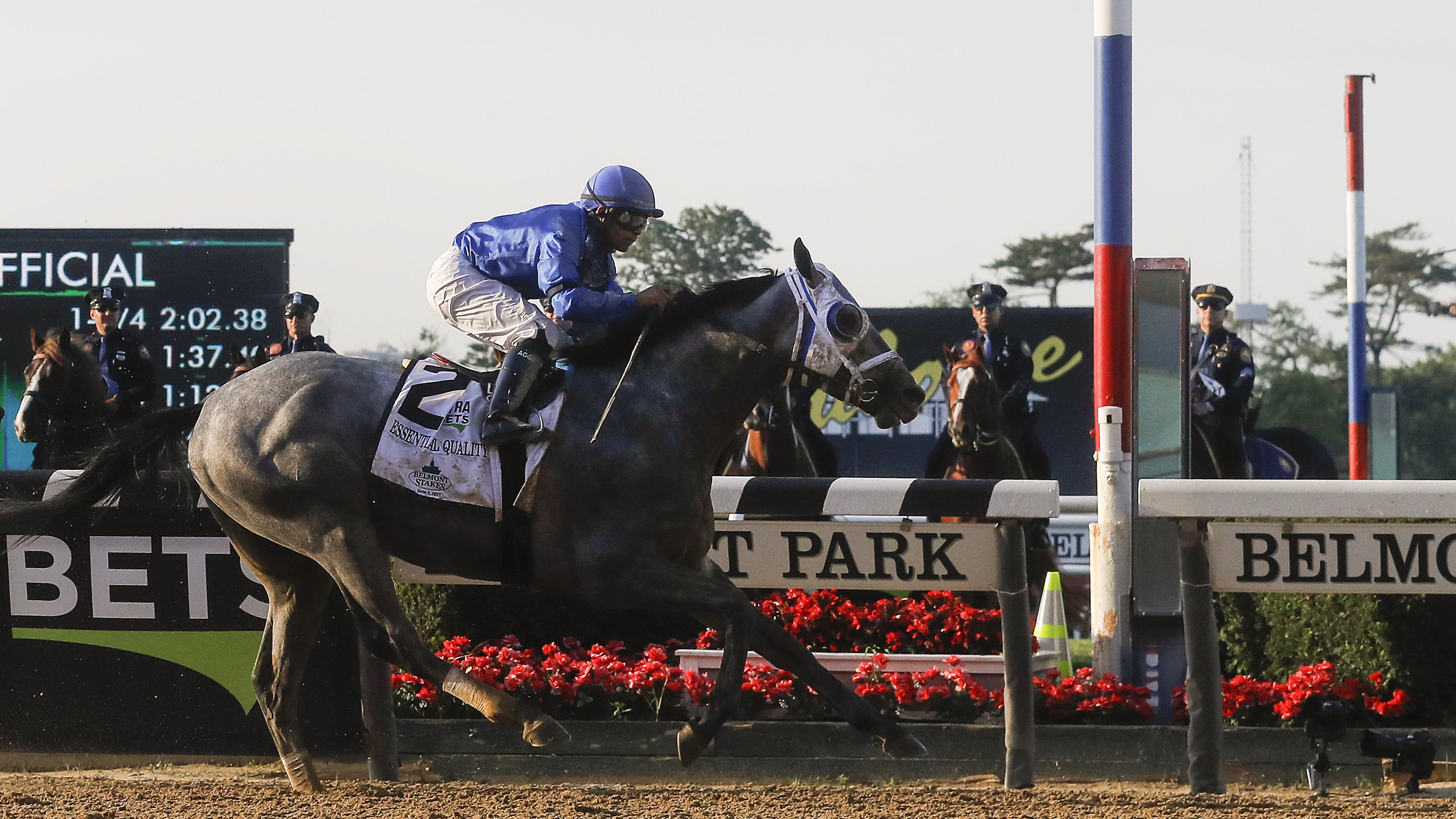 Essential Quality, the favorite heading into the 153rd Belmont Stakes on Saturday, came out on top to win the final leg of the Triple Crown after a close race.

Hot Rod Charlie took an early lead in the 1.5 mile long race but Essential Quality rounded the final turn to win by just a length-and-a-half.

JOCKEY IRAD ORTIZ JR. TO MISS BELMONT STAKES AFTER BEING TOSSED BY HORSE, TRAMPLED BY ANOTHER

“That was a long way around there a mile a half but it was exciting,” trainer Brad Cox said. “It looked like the horse on the inside, he still had run left. I knew it was going to be a battle down the line.”

Preakness winner Rombauer finished third while Known Agenda, who was ridden by Jose Ortiz after brother Irad Ortiz Jr. was trampled in a race earlier this week, finished fourth.

Belmont Park is home to the final and longest race on the Triple Crown trail, which was altered last year in part because of the pandemic.

Jockey Luis Saez won a Triple Crown race for the first time. He was aboard Maximum Security when they crossed the finish line first in the 2019 Derby, but was disqualified for impeding other horses.

“Luis did a fantastic job of getting him in position turning for home and he was able to really show his stamina late,” Cox added.

Baffert was temporarily suspended from entering horses in the Belmont Stakes by the New York Racing Association last month.

While the Belmont Stakes is technically Cox’s first Triple Crown race victory, he could be named the winner of the Kentucky Derby if Medina Spirit is disqualified.

United Arab Emirates ruler Sheik Mohammed bin Rashid Al Maktoum, who owns Essential Quality, has recently faced scrutiny after a judge in England ruled that he orchestrated the abductions of two of his adult daughters.