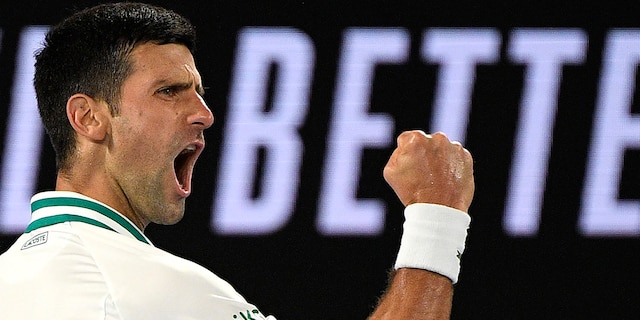 The No. 1-seeded Djokovic has won the trophy three years in a row at Melbourne Park.

He has won six of the last 10 major tournaments overall and his total of 18 Slams moves him within two of the men’s record of 20 shared by Roger Federer and Rafael Nadal.

The No. 4-seeded Medvedev was trying to collect his first Grand Slam title Sunday.

Medvedev also had won his past 12 matches against Top 10 opponents.