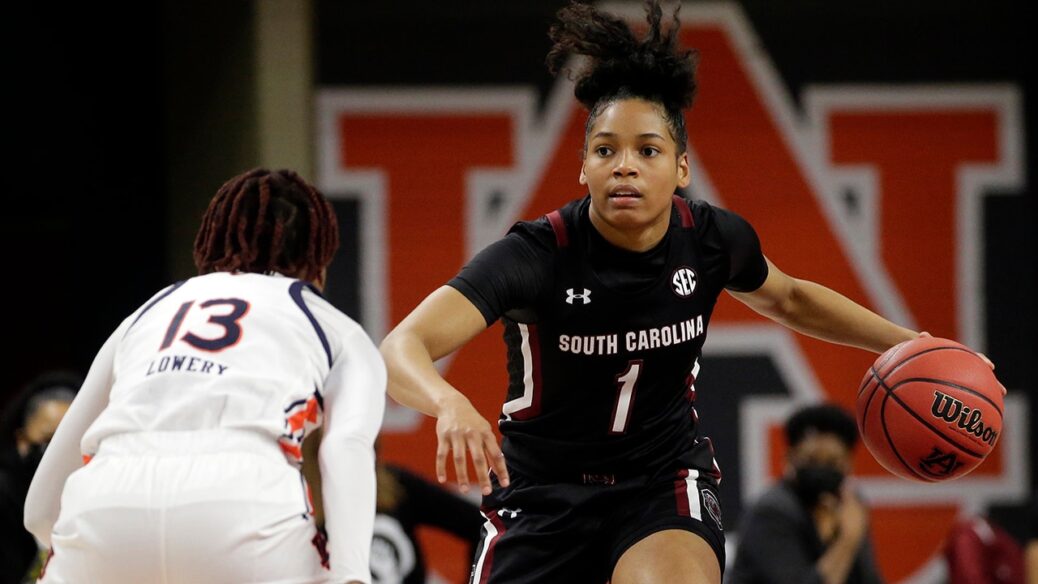 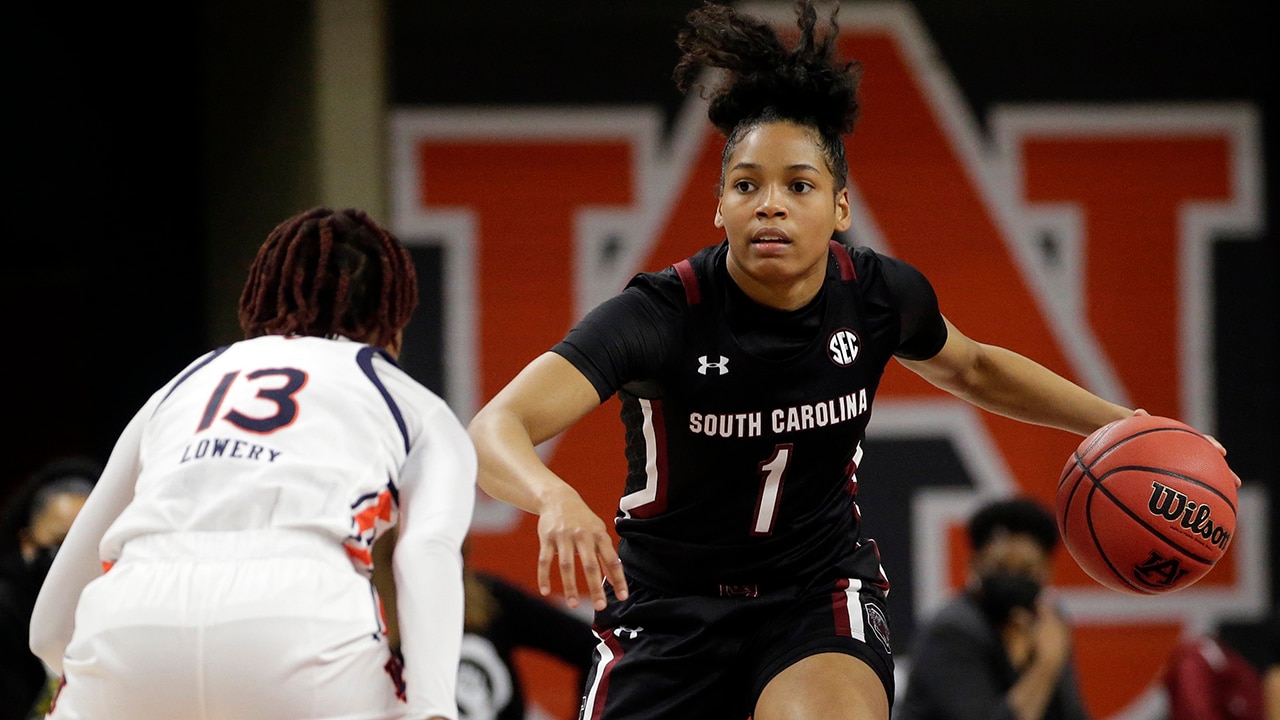 The South Carolina Gamecocks clearly didn’t come out of the locker room distracted by the big game looming ahead.

Zia Cooke scored all 17 of her points in a dominating first half and Aliyah Boston added 14 points and eight rebounds to lead No. 2 South Carolina over Auburn 77-58 on Thursday night.

The Gamecocks (15-1, 10-0 Southeastern Conference) built a commanding early lead and take a 12-game winning streak into Monday’s visit to No. 3 Connecticut. Reserves got plenty of action in the second half, when the game got a bit closer.

“That was kind of hard to watch,” coach Dawn Staley said, adding that she might have played the starters even more minutes than she intended. That gave her something to improve on after taking a 47-18 lead into halftime.

“We just have to do better,” Staley said. “We have to play better on both sides of the basketball, but it’s good to get some people in there that haven’t played a whole lot of minutes this year, because they do need game experience.”

Cooke hit three 3-pointers in a 50-second span of the first quarter as the Gamecocks jumped ahead 26-6 over the Tigers (5-12, 0-9). She had 14 points in the quarter, including a bank shot at the buzzer.

“If you look at her stats and her ability to catch and shoot, she’s pretty darn accurate,” Staley said. “When she gets clean looks like that early in the shot clock, her feet are set, they’re expected 3s and more times than not she’s very efficient with it.

“Yes, I want her to take all open looks.”

Boston made 7 of 8 shots for South Carolina, which shot 49.2% from the floor (31 of 63) despite cooling off considerably in the second half.

Victaria Saxton scored 11 points and Lele Grissett 10 for the Gamecocks. Destanni Henderson dished out nine assists without committing a turnover.

Staley didn’t have anybody play more than 25 minutes and nine players logged at least 14.

“She put some subs in. We had some players come in, I didn’t know who they were,” Auburn coach Terri Williams-Flournoy said. “They’re very good and they can come at you in so many different ways.”

Honesty Scott-Grayson led Auburn with 15 points. The SEC’s leading rebounder, Unique Thompson, scored 10 points on 4-of-13 shooting and had eight rebounds. Those were eight points and six boards below her season averages.

Auburn hosts Missouri on Sunday in a game that was rescheduled because of COVID-19 issues.