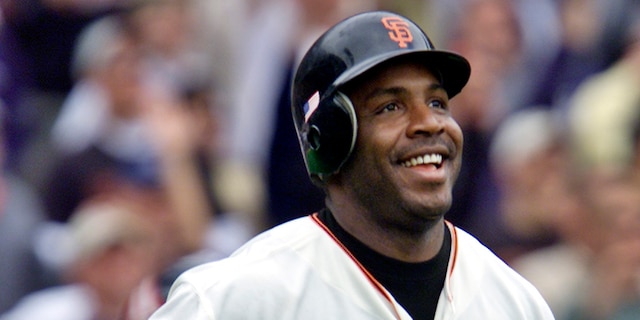 For the second time in the last eight years, and the ninth time in 77 years of balloting by the Baseball Writers’ Association of America (BBWAA), no MLB players will be immortalized in Cooperstown in 2021. It’s the first time the BBWAA didn’t choose anyone since 2013.

Bonds was named on 61.8% of the ballots, which was shy of the 75% threshold needed to make it into the Hall of Fame. He received 60.7% of the vote last year.

San Francisco Giants’ Barry Bonds smiles as he begins to round the bases after he hit his 73rd home run of the season, against the Los Angeles Dodgers in a baseball game in San Francisco on Oct. 7, 2001.  (AP Photo/Eric Risberg, File)

Bonds has yet to be inducted due to his alleged ties to performance-enhancing drugs, which he has denied using over the years. The position by writers on players associated with the sport’s steroid era has been stagnant in recent years, leaving Bonds outside of the needed threshold.

Barry Bonds, a seven-time MVP, retired in 2007 as a .298 hitter. He had a total of 2,935 hits and 1,996 RBI during his 22-year career with the Pittsburgh Pirates and San Francisco Giants. He was once so feared that the Arizona Diamondbacks once walked him with the bases loaded.

Bonds has more walks (2,558) and intentional walks (688) than anyone in the sport’s history. He was in his ninth year of eligibility on the ballot, leaving him one more chance at making it into the Hall of Fame.

NO PLAYERS ELECTED INTO NATIONAL BASEBALL HALL OF FAME FOR 2021