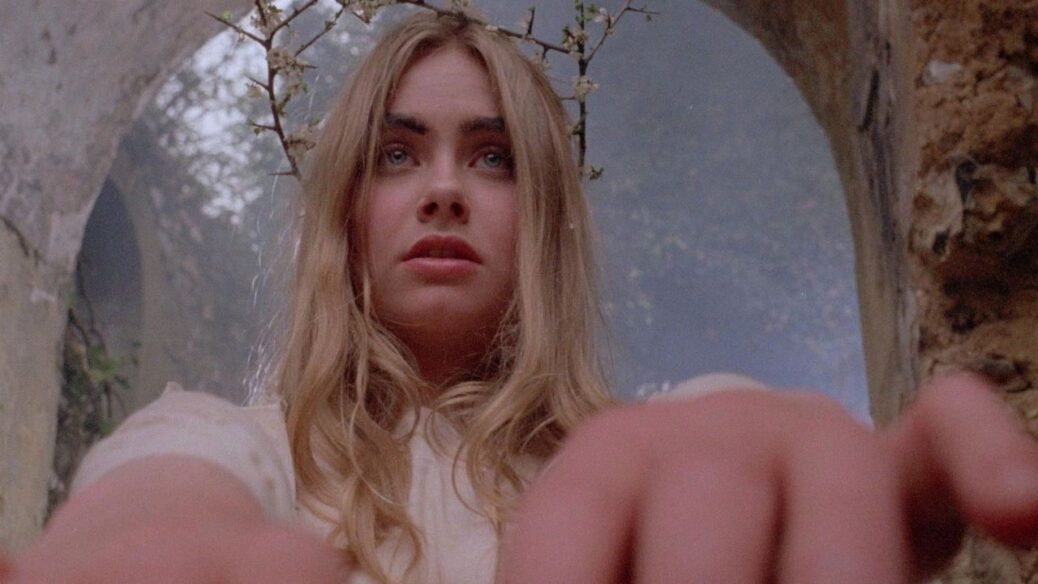 Editor’s Note: The following review is part of our coverage of the 2021 South by Southwest Film Festival. Stay tuned for further reviews straight outta Austin — well, virtually, of course. Below, Clint Worthington learns all about folk horror.

The Pitch: The history of folk horror is far richer and more expansive than is typically thought of by horror neophytes: More than The Wicker Man and Midsommar, folk horror has its roots all the way back to the 18th century and extends beyond the Anglocentric perspectives of ’70s British horror film fans. Director Kier-La Janisse knows this, and in Woodlands Dark and Days Bewitched, she’ll show you an entire syllabus’ worth of cinematic folk horror from across nations, time periods, and forms of media (folk horror exists on TV too!). And along the way, she demonstrates the sociopolitical anxieties that bring it forth from the deep — poverty, prejudice, and all.

The Unholy Trinity: “Folk horror is based on the juxtaposition between the prosaic and the uncanny,” says one of Janisse’s many talking-head experts throughout her gargantuan, three-plus-hour documentary, a statement which serves as the ultimate thesis for the film’s exploration of folk horror as a mode rather than a genre. Folk horror, they compellingly argue, is an expression of our fears about the unknowns of small, isolated rural communities, the encroaching of the old religions upon a new age of reason, and the intrusion of chaos into our understanding of the now as The End of History. The English fears of the return of paganism dovetail nicely into New England-set horror’s nervousness about Puritan oppression, and so on.

Whether it’s the bedrocks of the genre — British horror flicks like Witchfinder General, Blood on Satan’s Claw, or the aforementioned Wicker Man — or newer titles like The Witch and La Llorona, Janisse encyclopedically establishes that newer societies have a morbid fascination with the barbarity that preceded them, and a fear that we’ll regress to those horrible times. And for tales concerning marginalized groups, folk horror becomes a way to explore and reckon with the colonialism and cultural erasure they’ve suffered for centuries at the hands of white imperialism. Candyman, after all, isn’t just about a man with a hook for a hand.

Killing Me Is Not Going to Bring Back Your Apples: Like other gargantuan genre-media docs of recent years like In Search of Darkness, Woodlands Dark and Days Bewitched appeals less in its depth than its comprehensiveness. It’s a primer on the genre through and through, one meant to draw newcomers in with its tantalizing delights and draw you more fully into its spell. The host of critics, historians, and filmmakers interviewed (including Janisse herself at several points) never get much time to dig deeply into any one film, opting instead to offer a collage of dozens of folk horror offerings across time and national origin.

And yet, the approach is incredibly disarming and charming, thanks to some welcome macabre touches from Gothic poetry interstitials and Guy Maddin-assisted paper collage animation. (It’s also a neat little look into the living rooms of the kinds of people who tend to become horror historians, which often means a lot of ornate fireplaces.)

The Verdict: Sometimes Woodlands Dark and Days Bewitched suffers for its length and breadth. One gets the impression Janisse wouldn’t mind us taking breaks from time to time to jot down the laundry list of folk horror properties she’s gotten us primed to watch, and the chapter on global folk horror gets a little bloated the more we skip from country to country just to make sure we touch on almost every one (except African horror, hmm).

And yet, this is a three-hour documentary whose only problem is that it’s not even longer. Whether you’re a lifelong genre fiend or someone who just sampled Midsommar for the first time and needs another fix, Woodlands Dark and Days Bewitched is an absorbing academic exercise in the pedagogy of folk horror.