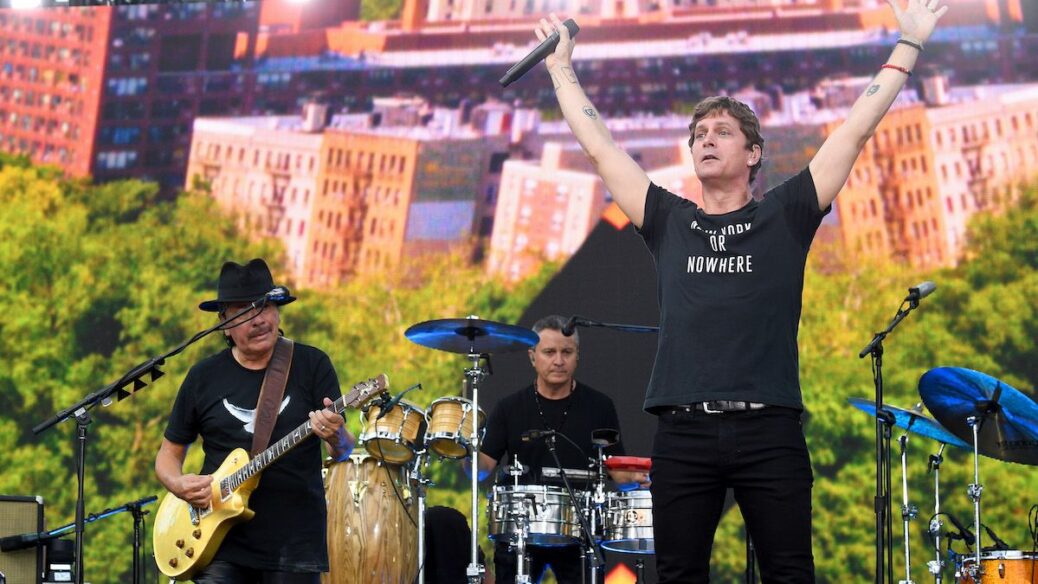 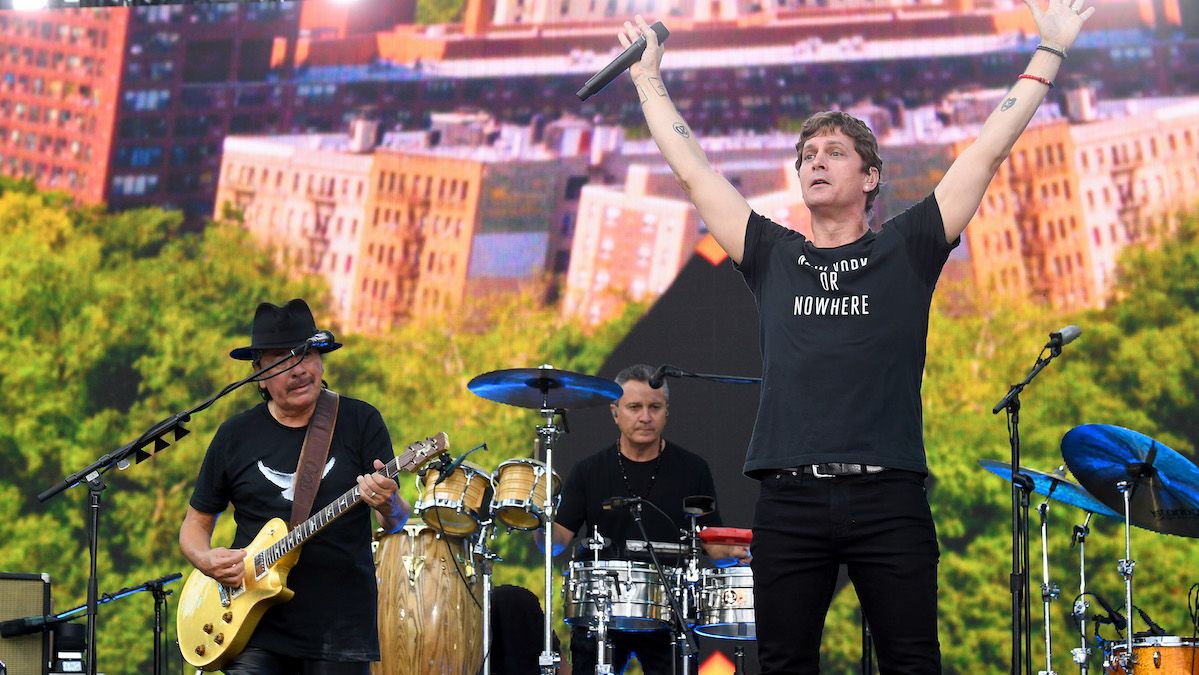 The We Love NYC: The Homecoming Concert, an evening meant to symbolize celebration and hope, ended on a bummer of a note at Central Park on Saturday night (August 21st).

Hurricane Henrí’s encroachment proved to be too much for the event, and soon after the concert’s halfway point, the show was cancelled due to hazardous weather conditions. New York City mayor Bill de Blasio had hyped it as “one of the greatest Central Park concerts in history,” which might have been true, had it actually finished.

As the night wore on, more and more grey clouds loomed, adding to the anxiety of the evening. For many, it was hard not to think about the grave reality we still face with the surge of the Delta variant of COVID-19. Despite the entire crowd being fully vaccinated, the underlying implications of premature celebration were prevalent.

Set to be a five hour event, the spectacle’s lineup boasted Bruce Springsteen, The Killers, Paul Simon, and Patti Smith — artists who unfortunately didn’t get to perform, as they were set to take the stage later in the evening. These plans were disrupted after the 60,000-member audience was abruptly evacuated.

To be sure, it wasn’t a complete waste of everyone’s time — the crowd did get to see the New York Philharmonic, Andrea Bocelli, Jennifer Hudson, Carlos Santana with Wyclef and Rob Thomas, LL Cool J, Polo G, and more. It’s hard, however, to recall the night without the promise of what was to come.

Despite the ominous warnings of approaching weather, the sun came out just as the concert was beginning. It started off as a triumphant affair, with the New York Philharmonic skillfully playing a medley of New York favorites, including George Gershwin’s iconic “Rhapsody in Blue.”

The symphony orchestra was then joined by Andrea Bocelli for a few songs, and were followed by a glowing Jennifer Hudson, fresh off the release of her lauded film, Respect. The Academy Award winner delivered an outstanding performance of the opera classic “Nessun dorma,” proving that she can sing just about anything.

Despite the stellar lineup, throughout the event, it was extremely apparent that this was a televised spectacle, and the small pauses here and there made the five hour-long event feel much longer, even before the cancellation.

One must-see feature of the night was the celebration of New York hip-hop, covering decades of rap history during LL Cool J’s set. Highlights included Rev Run making an appearance to team up with LL Cool J on the classic Run-DMC track “It’s Tricky,” Fat Joe and company bopping through “Lean Back,” and Grandmaster Flash, Melle Mel, and Scorpio delivering “The Message.”

Another fantastic, albeit brief, performance worth noting was Jon Batiste’s high energy single “FREEDOM” from his 2021 album, WE ARE. He was introduced by Stephen Colbert — Batiste is also his bandleader on The Late Show — and wore a shining, shimmering blue top that sparkled with every move. Batiste’s joy was infectious, and even compared with Journey and Earth, Wind, and Fire’s singalong-inspiring sets, deserves the crown for the most uplifting performance of the night.

Alas, it began to rain halfway into the concert. A weather alert was given around 7:20 p.m. — right after Earth, Wind, and Fire’s iconic “September” — but the show continued on with rapper Polo G, followed by Barry Manilow. A veteran performer, Manilow gave it his all, but unfortunately his songs were cut short — after a bit of lightning, an emergency alert was announced, and Central Park’s Great Lawn was evacuated.

Following the alert, a majority of the crowd had already begun filing to the exits, though some took the opportunity to get closer to the stage as the Great Lawn cleared. Not long after that, a new announcement was made: The show was officially canceled.

The celebratory evening at Central Park was over, and no, everyone would not be seeing The Killers (though they put on an impromptu set in their dressing room), Paul Simon, Patti Smith, or Bruce Springsteen. All in all, the evening was far from perfect, but it certainly was entertaining and messy — and isn’t that pretty much what it’s like to live in New York City, anyway?