Morgan Wallen Roasts Himself in SNL Sketch About Getting Kicked Off the Show for Violating COVID Protocol: Watch

Home MUSIC Morgan Wallen Roasts Himself in SNL Sketch About Getting Kicked Off the Show for Violating COVID Protocol: Watch 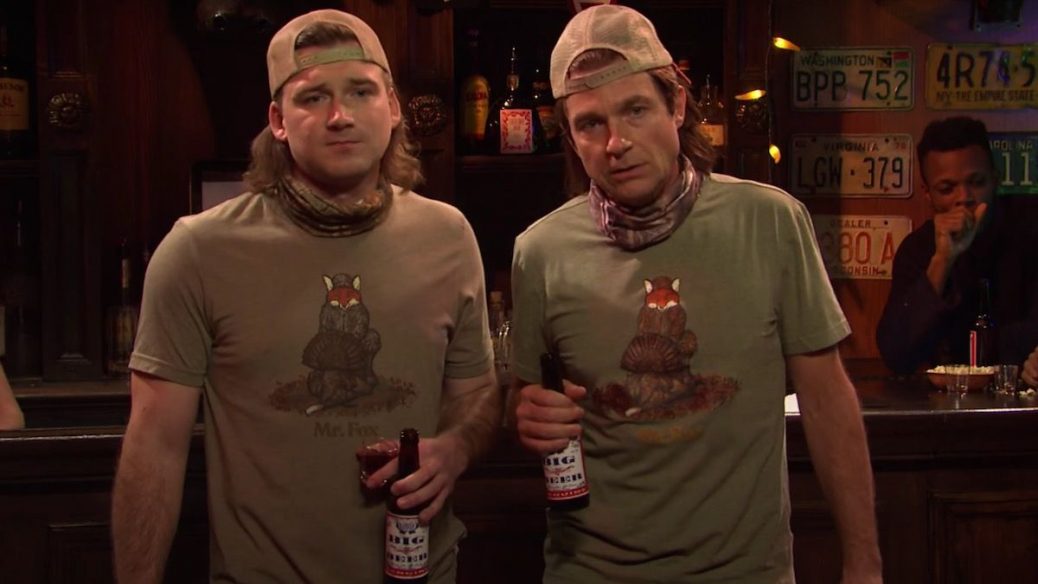 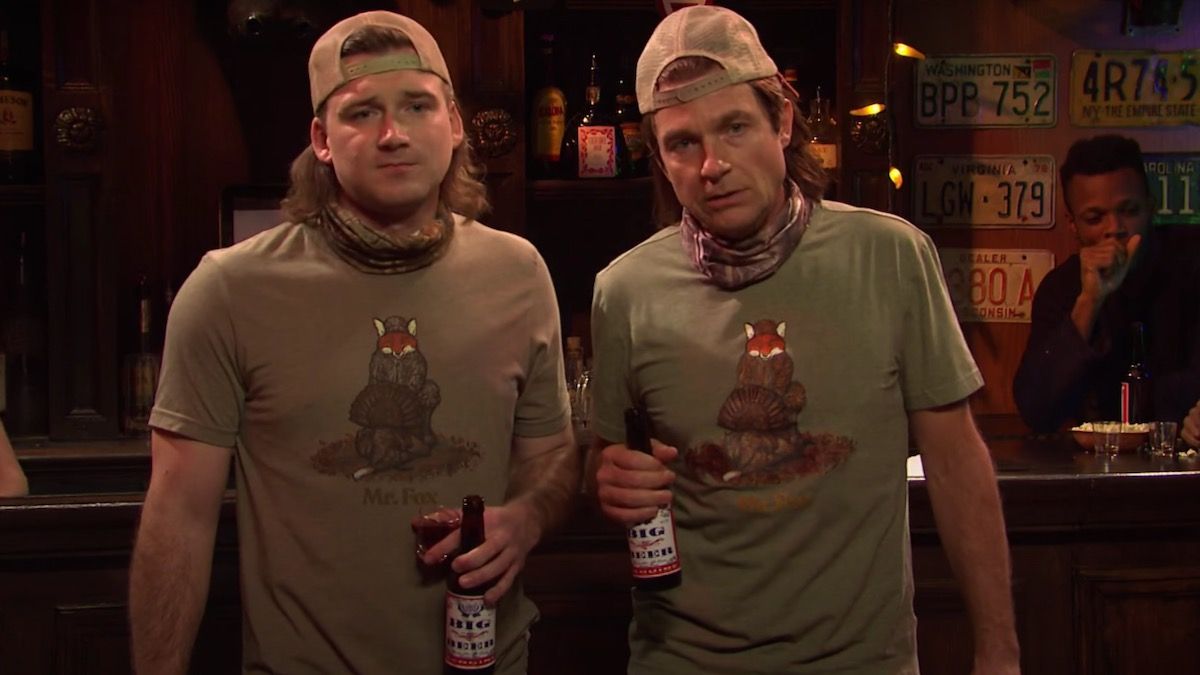 Two months after seeing his debut appearance on SNL canceled after breaking COVID protocol, country singer Morgan Wallen got a second crack at serving as the show’s musical guest during last night’s episode. In a sketch preceding his first performance, Wallen spoofed the incident that led to his initial cancelation.

If you recall, Wallen had been scheduled to play SNL on October 10th, but his appearance was pulled at the last-minute after video surfaced of him partying at a University of Alabama bar. He was replaced by Jack White, who delivered one of the most memorable performances in recent SNL history.

Last night’s sketch opened with Wallen walking into a bar with a beer in his left hand and his face covering around his neck. “To no consequences!” he yells, before kissing a college girl played by Chloe Fineman, who promises not to post the video to social media. Enter “future Morgan” (played by SNL host Jason Bateman), who emerges from “time travel smoke” to warn Wallen about the consequences of his action. When Wallen expresses surprise at the possibility of SNL head Lorne Michaels kicking him off the episode, “future Morgan” replies, “No of course Lorne wouldn’t ’cause he ain’t no puss; he’s a damn man; he’s got balls the size of Toyotas. But the execs at NBC, they’re going to force his hand, bro.”

A second “future Morgan” (played by Bowen Yang) then enters the bar to future reinforce the message: “I came to warn you to leave this party immediately.” But it’s Pete Davidson, a random person at the party who can see the future through a cloud of weed, who reassures Wallen that everything will be alright as long as he “accepts responsibility for what he did tonight.” He also tells Wallen he’ll be invited back to SNL, because “there aren’t too many people willing to fly to New York right now.”

The sketch then closes with Wallen singing a song called “Focus on the Future” in which he thanks SNL for “giving this poor Southern boy a second yankee chance.” Watch below.