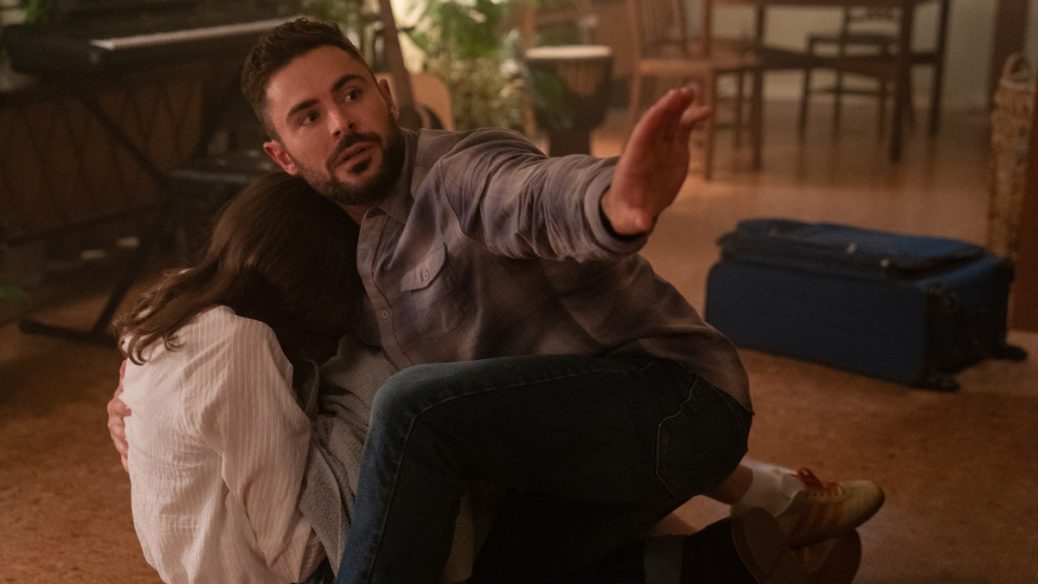 The Pitch: Stephen King adaptations have been a fixture of the big and small screens for decades, but there’s been a particular surge in recent years, following the blockbuster success of It. So it’s only natural that studios might circle back and revisit some of the adaptations that weren’t especially beloved in their day.

Firestarter seems like a good candidate; the 1984 film version is more notable for its eclectic cast (including George C. Scott, Louise Fletcher, and a young Drew Barrymore!) than its meandering story (albeit one that’s largely faithful to the events of King’s book). The new Firestarter still follows Charlie (Ryan Kiera Armstrong), the pyrokinetic daughter of two telepathic parents, who goes on the run with her dad Andy (Zac Efron), pursued by the shadowy government forces who want to study and control her powers.

But time has not been kind to the story — not because it’s particularly outdated, but because it’s been done better through a variety of less horror-centric but nonetheless more interesting media, including Frozen and the X-Men movies.

We Are the Future, Charlie, Not Them: Indeed, now a lot of the Firestarter narrative — especially the parts utilized for this slim 94-minute affair — plays like any number of five-or-ten-minute X-Men sequences stretched out to a feature length narrative: a child’s powers running amok, powers-on-powers face-offs, and showdowns in anonymous secret facilities. (“You are a real-life superhero,” one bad guy tries to tell Charlie late in the game.)

There’s some potential juice here: Charlie is torn between suppressing her powers (Elsa-style) and learning to wield them with judicious care. Unfortunately, she’s saddled with the world’s shittiest Professor X in the form of her ineffectual dad. Efron can be a nimble comic performer in the right role, but cast as a Patrick Wilson-style overmatched father, fumbling through impossible parenting choices, he jettisons any reserves of charisma and gets upstaged by the tears of blood that result from overusing his mind-control powers.

Maybe it’s not really Efron’s fault; he appears to be matching the general tone of underlit glumness set by director Keith Thomas, whose movie only truly comes alive when its lead character is engulfing everyone around her in flames. The horror action isn’t especially imaginative, but at least it lights up.

Twisted Firestarter: Though the earlier Firestarter had a marquee child star in the form of Drew Barrymore, the new one’s one advantage (beyond a shorter runtime) is Armstrong, whose Charlie is a few years older than Barrymore, and therefore allowed to play some notes of pre-adolescent strife. In the 1984 film, Charlie was a kiddie cipher; here, she’s processing conflicting advice from her (incompetent) parents, and wrestling with the fact that her fiery vengeance is, well, pretty satisfying.

Despite the increased sense of danger here, neither film adaptation really finds its way into King’s dark heart; both movies use almost unbearably sad family tragedies as plot fodder without much emotional resonance.

The burning pain that Charlie and her parents must be going through is reduced to imitation-Terminator theatrics, with Charlie and Andy evading government spooks and, more ominously, the freelance assassin Rainbird (Michael Greyeyes, playing a Native part inexplicably given to George C. Scott back in ’84). Given how much of Firestarter is sci-fi-horror nonsense, the movie winds up feeling weirdly exploitative, and tone-deaf to genuine family dynamics.

The Verdict: Like its logier predecessor, the 2022 Firestarter feels oddly centerless. Though it’s initially structured as a family-on-the-run chase picture, it travels in circles and ends abruptly, with the seeming intent of withholding a chunk of material involving Rainbird for a potential sequel. Is it better for a Stephen King franchise to burn out or fade away? Firestarter manages to do both at once.

Where to Watch: Firestarter is in theaters everywhere and on Peacock May 13.