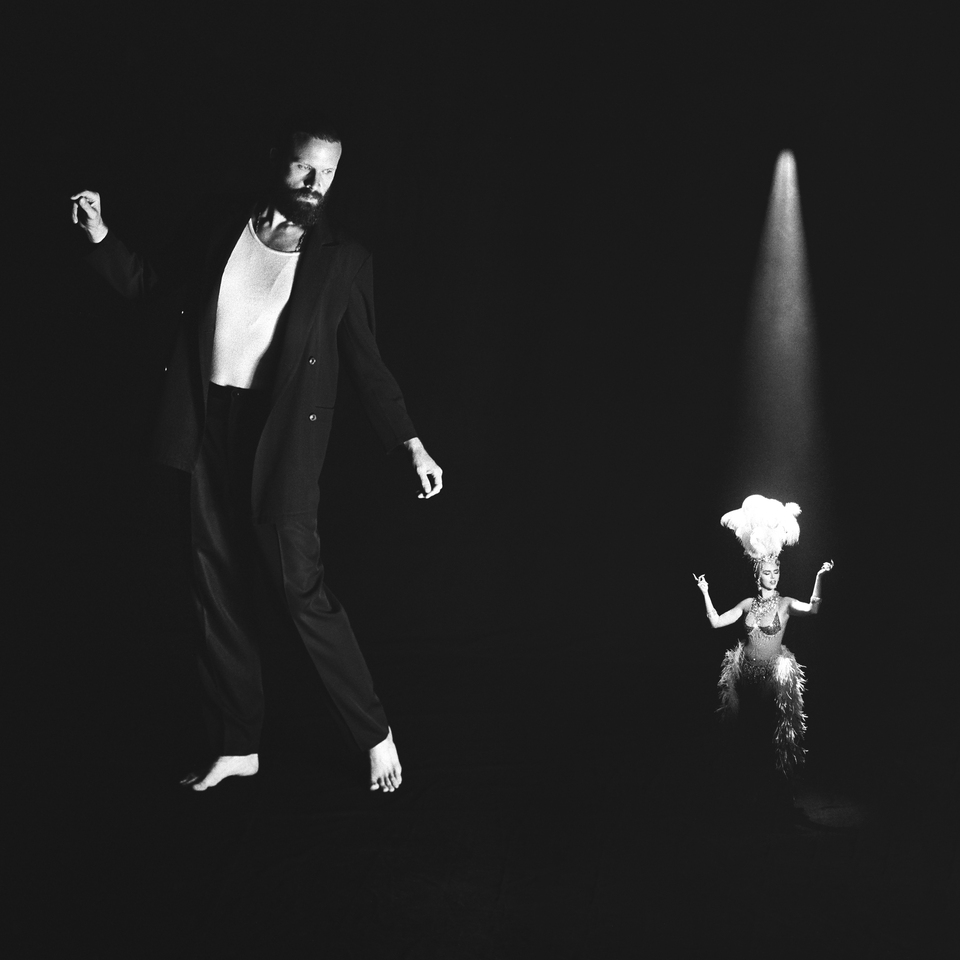 Father John Misty tipped us off to his next record last month, but now he’s finally announced all of the details. Today, the artist otherwise known as Josh Tillman shared the artwork and tracklist for Chloë and the Next 20th Century, and shared “Funny Girl,” the album’s first single.

Tillman recorded Chloë and the Next 20th Century in 2020 with longtime collaborator Jonathan Wilson. The album features strings, brass, and woodwinds performed by the likes of Dan Higgins and Wayne Bergeron, with arrangements by Drew Erickson.

Not surprisingly, then, first single “Funny Girl” hints at the album’s cinematic feel, with lush strings building to a warm piano ballad. With slow bass grooves and Tillman’s delicate croon, the song sounds straight out of an oldies record, but the artist’s classic wit pins an air of attitude to the otherwise romantic track.

“Funny girl, your schedule’s pretty crazy, doing interviews for the new live action Cathy/ Could you pencil in an industry outsider?/ Yeah, you’re young, but baby, you’re not getting younger,” Tillman sings, before the orchestra swells. Only the artist’s voice is featured in the song’s sepia-toned music video, directed by Nicholas Ashe Bateman. Instead of a performance from the singer, the clip sees a jellyfish float across a dusty distant past like something out of The Wizard of Oz. Check it out below.

Chloë and the Next 20th Century arrives April 8th via Sub Pop and Bella Union and will be available digitally and on CD, cassette, and vinyl. Audiophiles have a choice between standard 2XLP black vinyl, limited Loser Edition 2xLP clear blue vinyl, and a limited edition deluxe 2xLP box set that features expanded artwork, clear red vinyl, a poster by Rafa Orrico, and two bonus 7” singles featuring covers of Chloë and the Next 20th Century songs performed by Lana Del Rey (“Buddy’s Rendezvous”) and Jack Cruz (“Kiss Me (I Loved You)”). Pre-orders are available now.

To support the release, Father John Misty has scheduled two symphony performances for 2022: February 25th in Los Angeles at Walt Disney Concert Hall with the LA Philharmonic, and April 7th in London at the Barbican with Britten Sinfonia conducted by Jules Buckley. Tickets for these shows will be on sale Friday, January 7th at 10:00 a.m. local time via Ticketmaster.

Father John Misty announced his fifth studio album last month by mailing fans a mysterious vinyl record with a spoken-word message detailing the project. Before that, he released the singles “To S.” and “To R.” as part of the Sub Pop Singles Club.

Chloë and the Next 20th Century Artwork: