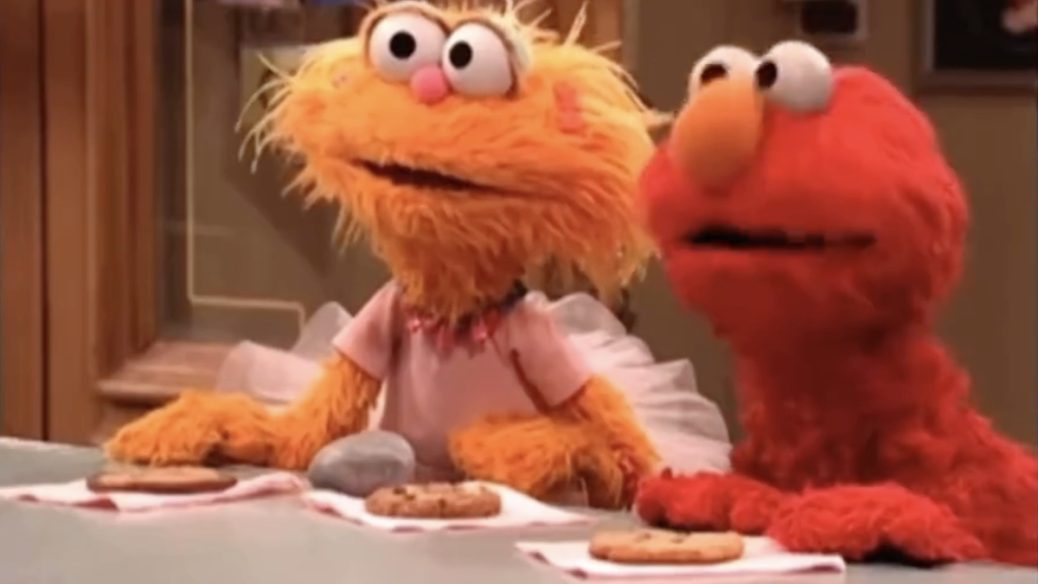 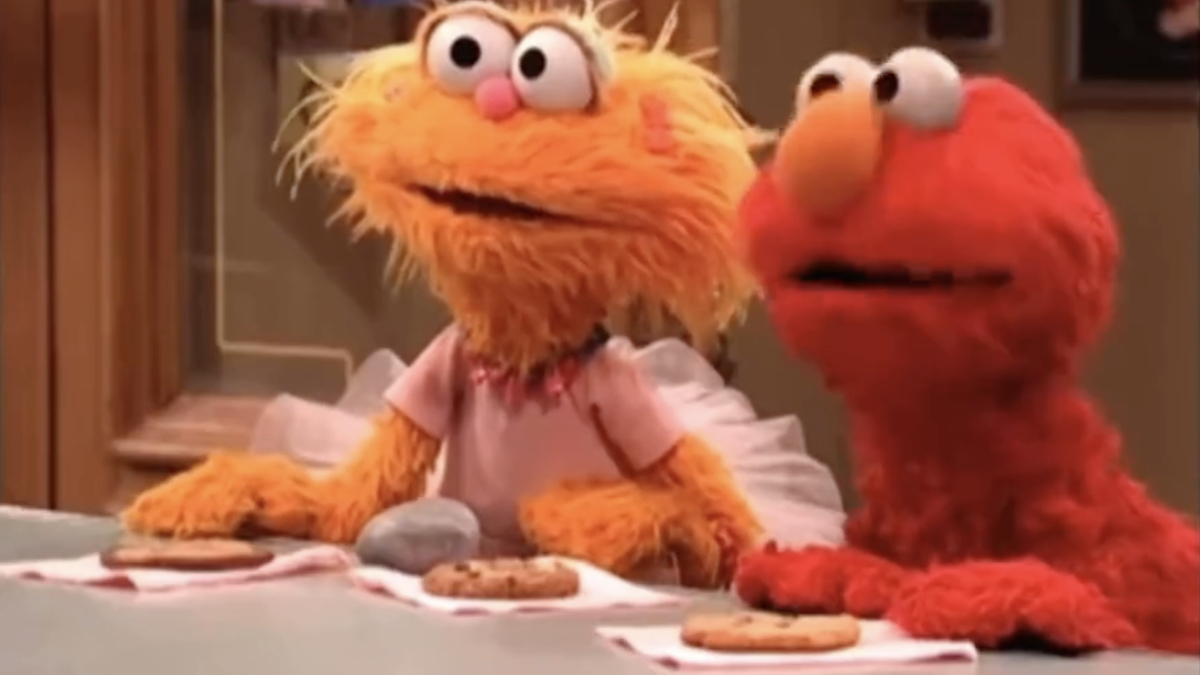 Tensions between Elmo and Rocco the Rock have reached unprecedented levels. After old clips of the bitter rivals blew up on Twitter earlier this week, that Little Red Menace is reigniting the drama.

For the uninitiated, Rocco is Zoe’s pet rock. Zoe and Rocco are best friends — so much so that she brings Rocco everywhere, and expects everyone to just play along with her one-sided friendship. But Elmo won’t have it. Ever since 1999, when Rocco first appeared on Sesame Street, Elmo’s been the only one to realize that he is, in fact, a rock, and not a person. The gaslighting that ensues is despicable.

“Rocks can’t play! Rocco didn’t even move!,” Elmo insists in one clip, when Zoe tries to force Rocco’s way into the Elmo-Gabi-Zoe friend group. “Sure he did! You were just too busy to notice!,” Zoe replies.

Elmo, God love him, keeps his cool pretty well. Until Rocco takes his favorite cookie. The red furry monster officially loses it in another viral clip, after he’s denied Gabi’s last oatmeal raisin cookie because Rocco asked for it first. “How is Rocco going to eat that cookie, Zoe?,” the Muppet asks, voice rising. “Tell Elmo! Rocco doesn’t even have a mouth! Rocco’s just a rock! Rocco’s not alive!”

It seems the Twitterverse’s newfound empathy for Elmo has stirred up some old indignation in the Muppet, because today, he commented on the controversy himself.

“Has anybody ever seen a rock eat a cookie?,” Elmo tweeted. “Elmo is just curious.”

Despite the shade, however, Elmo reassured Sesame Street fans that there were no hard feelings between himself and Zoe. “Don’t worry everybody! Elmo and Zoe practiced sharing and are still best buds forever! Elmo loves you Zoe! Ha ha ha!,” he said in another Tweet, with one caveat: “Elmo doesn’t want to talk about Rocco.”

The Rocco Chronicles are just one of many resurfaced unhinged Elmo clips the Internet’s been delighting in lately. From his “paper towel roll” rap to his balsamic vinegar recipes, Elmo’s accent has everyone wondering why this children’s show is so funny — and if Sesame Street is actually located in the Bronx.

We get our serotonin where we can.

Elmo vs Rocko the greatest rivalry of all time pic.twitter.com/4aRbR6OUAS

there are tears in my eyes y’all my stomach hurting pic.twitter.com/bbkF9yDZLf

Has anybody ever seen a rock eat a cookie? Elmo is just curious.