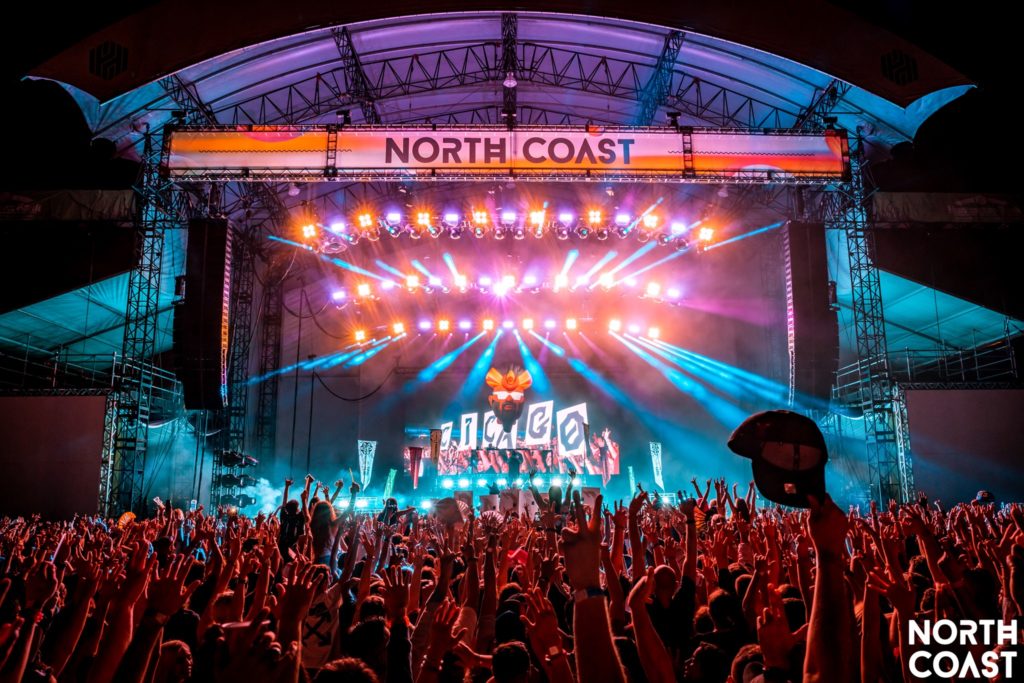 Chicagoans were thrilled when North Coast Music Festival got announced for 2021. After a year off in 2020 for obvious reasons, it is making a triumphant return and returning to a 3-day festival after being just two days in 2019. And when you see the lineup they put together, you’ll understand why they needed to make sure to have three days. The lineup is packed with talent like Kaskade, Zeds Dead, GRiZ, San Holo, and Whethan.

Along with a packed lineup, comes a new venue. They will be calling Seatgeek Stadium in Bridgeview home for the year and will be using it to its fullest extent with main stage being INSIDE the stadium for an absolutely massive feeliing. Its other stages promise a full immersive experience so festival goers will be able to have fun, no matter what they decide to do.

We teamed up with North Coast to offer one reader a chance to win TWO tickets. All you have to do is enter using the widget below. Winner will be contacted via email on Sunday, August 15th.