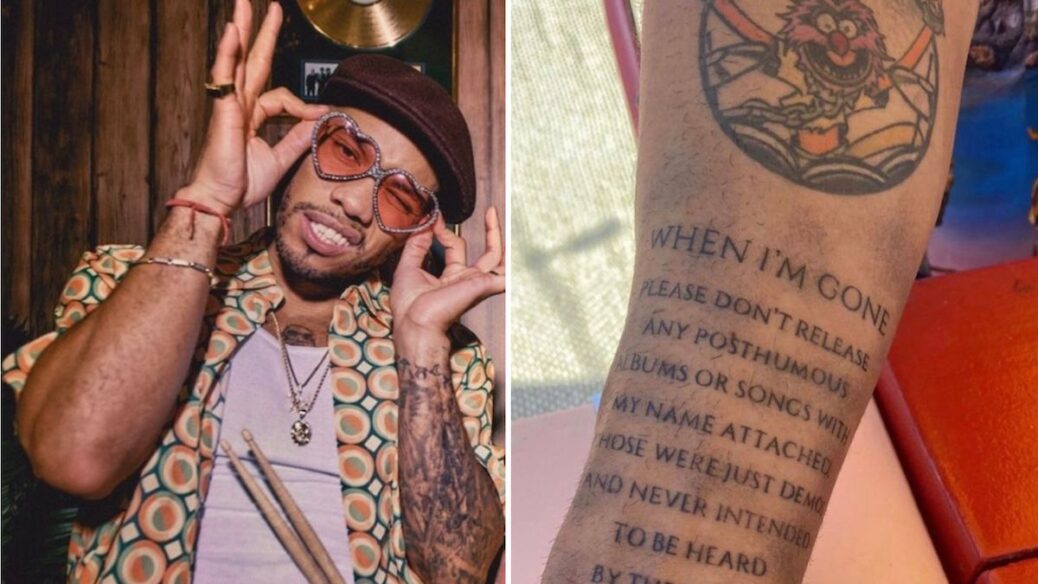 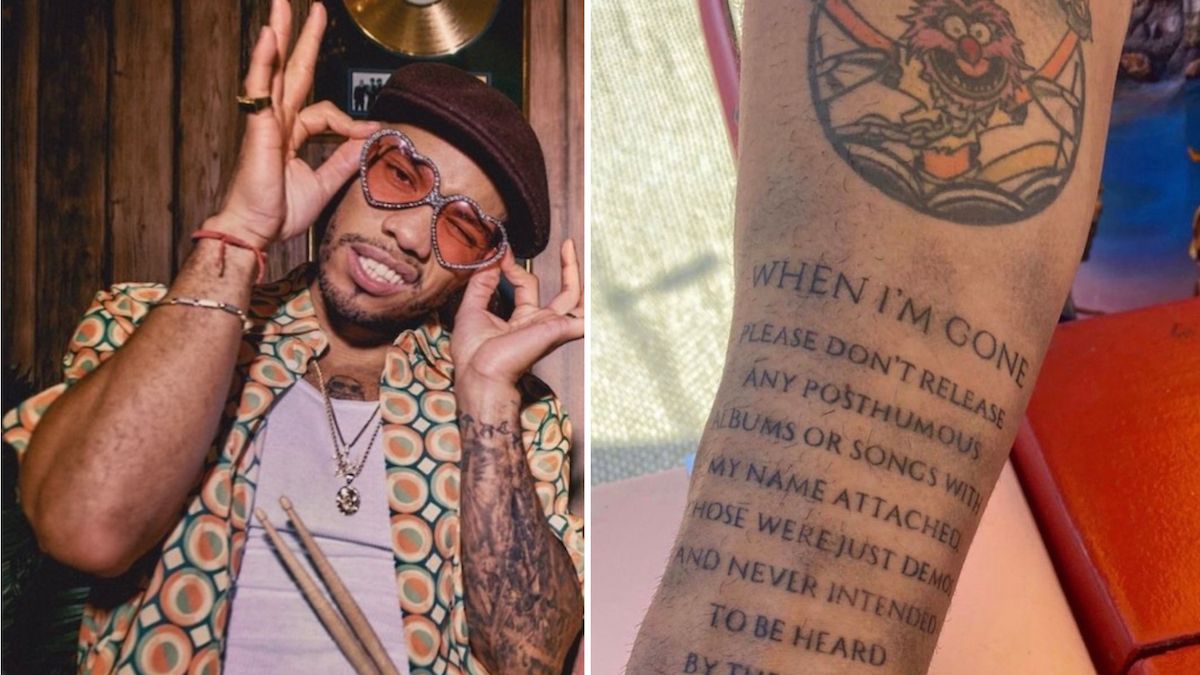 Everyone knows that some meetings could have been emails, but have you ever heard of a whole tattoo that could have been an email? Anderson .Paak has shared a picture of what is apparently some fresh ink, and it details across nine lines of all-caps writing that after his death, none of his music should be released posthumously.

As Billboard, NME, and others have reported, the image appeared on .Paak’s instagram stories, though it was gone a few hours later and may have been deleted. If the photograph was real, then .Paak endured a couple of hours of pain, spent a few hundred dollars, and made a lifelong commitment to a message that really might have been a text to his lawyer.

“When I’m gone, please don’t release any posthumous albums or songs with my name attached,” the tattoo reads across the inside of his right forearm. “Those were just demos and never intended to be heard by the public.”

Regardless of the image’s veracity, .Paak is clearly making a statement aimed at the music industry’s habit of turning every cough and sneeze into a posthumous release. He didn’t name any artists — though the words ‘Pop Smoke’ might be written in invisible ink — but it’s certainly a thought-provoking statement. In .Paak’s mind, just because a file is saved on a computer, that doesn’t mean it serves the artist for it to see the light of day. Check out an image of the purported tattoo below.

As for intentional releases, .Paak has served up a couple of doozies this year as part of Silk Sonic with Bruno Mars. We named both of “Leave the Door Open,” and “Skate” the Song of the Week upon their release, and a full-length album called An Evening with Silk Sonic is expected later this year.