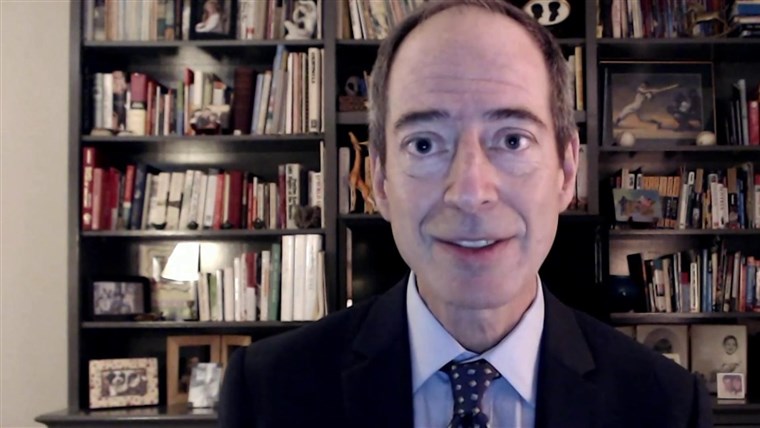 Scientist Melissa Miller never knows what to expect at her lab from week to week. Since last spring, there’s been a constant shortage of testing supplies. Sometimes it’s the reagents needed to run tests, and other times it’s as simple as the plastic tips used on the pipettes.

“The shortages still exist,” said Miller, director of UNC Medical Center’s clinical microbiology lab. “Lab directors have been screaming about this for months.”

Labs across the country have been facing dire shortages of supplies as the number of Covid-19 tests being processed has skyrocketed. But with so many supplies directed toward Covid-19 testing, it’s increasingly becoming more difficult for patients to get an accurate diagnosis for sexually transmitted infections, common but serious illnesses like pneumonia and other potentially life-threatening infections.

A November survey by the American Society for Microbiology of 134 labs around the country found that more than half of them were experiencing shortages in the supplies used to test for bacteria that cause common diseases like strep throat and pneumonia. More than 65 percent of labs reported shortages for testing for STIs.

This week, Miller learned the reagents needed to test for chlamydia and gonorrhea were on back order for the next three weeks, she told NBC News. Now the lab, which serves hundreds of patients, can no longer do these tests.

“It’s hard for our providers to keep track of what we’re able to do on any given day,” Miller said. “Providers used to be able to ask for every kind of test in our lab and now they can’t. It’s affecting their ability to practice medicine quite honestly.”

Supplies for STI testing have been hit particularly hard, prompting the Centers for Disease Control and Prevention to issue a letter to doctors in September, advising them that if there are shortages in their region, they may need to start rationing tests for chlamydia and gonorrhea, only giving them to people who are at higher risk.

“The goal of this guidance is to maximize the number of people diagnosed and treated for STIs, while prioritizing individuals most likely to experience complications, such as maternal transmission, pelvic inflammatory disease, or increased risk of HIV infection,” Dr. Laura Bachmann, chief medical officer for the CDC’s Division of STD Prevention, told NBC News in a statement.

Doctors at some Planned Parenthood clinics say when they’re experiencing shortages, they now have to diagnose some patients empirically, meaning based on clinical observations rather than a routine test. Since many STIs are often asymptomatic, that can can be particularly challenging — and dangerous for patients.

We’re expecting an explosion in STD rates that top where we were pre-Covid levels.

“I’ve never been able to not order a test,” said Dr. Krishna Upadhya, vice president of quality care and health equity at Planned Parenthood Federation of America. “It’s very difficult as a health care provider to not have the tool you need to take the best care of your patients.”

Planned Parenthood doctors are still encouraging patients to come in for testing.

But public health experts fear the shortages could be causing too many people to go undiagnosed and unknowingly spread STIs, causing even more alarm since STI rates were already on the rise before the pandemic.

According to the latest CDC statistics, chlamydia cases have increased nearly 20 percent since 2014, gonorrhea cases are up more than 60 percent and syphilis is up a stunning 71 percent.

“We already had an out-of-control STD epidemic before Covid,” said David Harvey, executive director of the National Coalition of STD Directors. “We’re expecting an explosion in STD rates that top where we were pre-Covid levels.”

A few weeks ago, Miller’s lab couldn’t run the gold-standard test for the dangerous staph infection MRSA. They had to go back to an older method that isn’t as accurate.

Sudden shortages have forced TriCore Reference Laboratories, which serves thousands of people throughout New Mexico, to figure out new ways to do tests. That’s caused delays in results for patients.

“We get supplies for today and, maybe, tomorrow,” said Karissa Culbreath, TriCore’s director of infectious diseases. “There are times we have people waiting at the loading dock for the delivery truck so we can run the tests for the needs for that day.”

The problem is going to get worse, Culbreath worries. Early in the pandemic, most hospitals and doctors were only treating Covid-19 patients, so there was less of a need for other types of tests.

But patient volumes have returned to normal, on top of a nationwide surge in Covid-19 cases.

“Now the entire country is a hot spot,” Culbreath said. “I only see relief as soon as we’re able to control the pandemic.”

Lauren Dunn is a producer with the NBC News medical unit in New York.