Vaccine hesitancy unlikely to disappear because of FDA approval 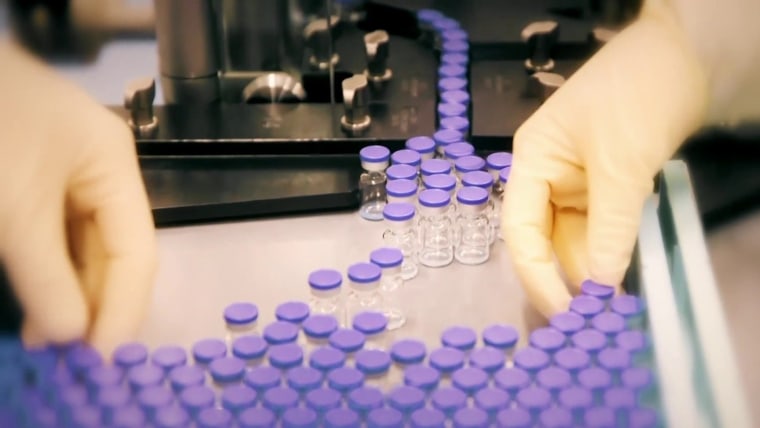 In deciding whether to get vaccinated against Covid-19 along with his wife, Matt Zeiss has been monitoring reports of adverse side effects tracked by the Centers for Disease Control and Prevention and waiting to see when U.S. regulators fully approve the vaccines’ use.

That happened Monday, when the Food and Drug Administration formally approved Pfizer-BioNTech’s two-dose shot for people ages 16 and up, making it the first Covid vaccine to meet the rigorous requirements after months of inspections and data showing that side effects are extremely rare.

“It’s only been a day, but I can say it’s provided a bit of reassurance that wasn’t there, perhaps moving the needle a bit,” said Zeiss, who lives in Missouri, where about 44 percent of residents have been fully immunized against Covid-19 and hospitals are straining under a sharp rise in cases in recent weeks.

But Zeiss isn’t rolling up his sleeve just yet for a Covid shot. Despite the FDA’s approval for Pfizer’s vaccine, of which 200 million doses were administered in the U.S. under emergency provisions, he remains apprehensive, because “the process feels rushed,” he said.

“I get why it was rushed. They had to do something, and fast,” said Zeiss, who said he is generally a proponent of vaccines. “That doesn’t mean I have to go out and get it. I can do more research and see how it plays out in the world, and if at some point we feel comfortable getting it, there’s no doubt that we will.”

While the hope of many doctors, other health experts and officials that the FDA’s full approval of a vaccine might flip a switch in millions of people in the U.S. who have been reluctant to get inoculated, some are skeptical that the announcement will radically change the dynamic among the vaccine hesitant — even as the delta variant of the coronavirus surges in areas of the country with low vaccination rates.

“If you don’t already trust the government, why would it matter now?” Labus said. “If the ultimate goal in their mind is to not get vaccinated, there are a multitude of reasons they will come up with.”

While some health experts are optimistic a fully approved Covid vaccine can change minds, they said their guidance to patients and the public remains the same.

“To be honest, my message last week was that the vaccines were safe and effective, so my messaging hasn’t really changed,” said Dr. Hilary Babcock, a Washington University infectious disease physician at BJC HealthCare in St. Louis. “Hopefully, the fact that the FDA approval has come through will help to reassure the people who last week didn’t want to follow my advice. Maybe this week they’ll feel more comfortable.”

So far, fewer than 61 percent of people in the U.S. have gotten at least one dose of a two-shot Covid vaccine, according to data collected by the CDC, and only about 51 percent have been fully vaccinated since shots became available in December. Both numbers are much smaller in states across the South and the West where there are major Covid outbreaks.

“It’s been such a slippery slope of twisted reasoning since the start of this that I’m skeptical that suddenly the FDA’s full approval is going to push a lot of folks over the finish line,” said Dr. William Luking, who practiced family medicine in Reidsville, North Carolina, for almost 30 years before he retired this summer. “I’m not cynical. I’m not pessimistic. I’m just being realistic.”

As vaccination rates have slowed, concern over the shots’ safety — aggravated by misinformation — has created major obstacles in the battle against the coronavirus.

Luking said it was once rare for his patients to push back against his medical advice by citing the government’s support or its lack thereof.

“Suddenly everybody’s a medical expert in this, but it’s medicine via misinformation,” he said. “It’s really concerning the direction we’ve taken.”

The hope for a shift, however, lies in the fact that about 3 in 10 unvaccinated adults said they would be more likely to get inoculated if one of the shots received full FDA approval, according to a June survey conducted by the Kaiser Family Foundation. Some have expressed fear that the vaccines have been in the experimental phase.

President Joe Biden spoke directly to that group in a news conference Monday.

“Let me say this, loudly and clearly,” he said, “if you’re one of the millions of Americans who said that they will not get the shot until it has full and final approval of the FDA, it has now happened. The moment you’ve been waiting for is here. It’s time for you to go get your vaccination and get it today.”

Pfizer CEO Albert Bourla echoed the sentiment in an interview Monday with NBC News, in which he noted that more than 1 billion doses of the Pfizer vaccine had been administered worldwide.

“I think that, for those people that they were a little bit reluctant because they wanted to see a full approval, now they have the full confirmation of one of the most respected agencies in the world, the FDA, that the product, that the vaccine, is effective and safe,” he said.

The FDA’s full support was exactly what Meaghan Bailey, 33, of Windermere, Florida, was looking for.

Bailey, who said she believes in the efficacy of vaccines, was nervous about getting a Covid vaccination because of her health, which includes being allergic or immune to antibiotics, a condition that she said was caused by a birth defect. In 2019, her left kidney stopped functioning after a bout of infections, and she said her urologist raised concerns about the Covid vaccines in one functioning kidney.

But the FDA approval “did help me solidify that I was more comfortable taking it and that Pfizer was the right choice,” Bailey said. Despite lingering concerns, she received her first dose Tuesday afternoon and said she was feeling “OK so far.”

The FDA was provided hundreds of thousands of documents by Pfizer, which said it used data from 44,000 clinical trial participants in the U.S. and worldwide. The company said the vaccine was 91 percent effective at preventing infection, slightly lower than the 95 percent rate in December, when federal regulators authorized it for emergency use.

While government officials have urged people to choose to get vaccinated themselves, experts said the FDA’s decision will result in a wave of vaccination requirements from government agencies, schools, employers and businesses.

Biden called for further mandates in hope that they would force people’s hands.

“If you’re a business leader, a nonprofit leader, a state or local leader who has been waiting on full FDA approval to require vaccinations, I call on you now to do that,” Biden said. “Require it.”

Hours after the announcement, it appeared to be having an effect.

Cities from San Antonio to New York said they would require school employees to get vaccinated. The Defense Department said it would mandate vaccinations among the country’s service members. Employees at Walt Disney World will be required to get the shots by the third week of October.

Zeiss said that while he is waiting for more data to come in before he willingly gets vaccinated, something else would prod him, as well: If his factory job were to require vaccination as a condition of employment, he would “most likely” get vaccinated.

“It’s important to my family to maintain a job,” he said, “and it would be in our best interest to keep the one I have.”