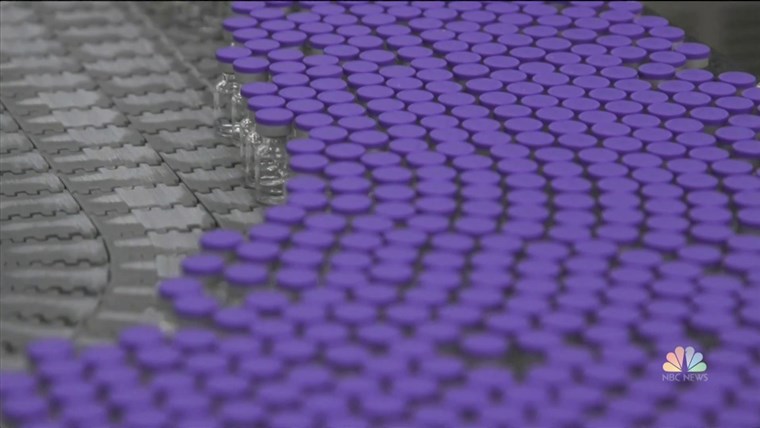 The news comes one day after Loeffler, a Republican locked in a competitive runoff race that could determine the balance of power in Congress, attended two campaign events on Friday alongside Vice President Mike Pence.

In photos shared on Twitter, neither Loeffler nor Pence appeared to be wearing masks.

According to her campaign, Loeffler took two rapid tests Friday morning before the events. The results came back negative. She was later informed that her PCR test, considered the gold standard in detecting genetic material specific to the coronavirus, was positive.

She was retested Saturday after consulting with medical officials and that result was inconclusive, Loeffler campaign spokesperson Stephen Lawson said in a statement. Loeffler remains asymptotic and will remain in quarantine until receiving conclusive test results, Lawson added.

Pence’s office did not immediately respond to a request for comment.

SANTA MONICA, Calif. — By most measures of what keeps a pub afloat, the coronavirus pandemic should already have Ye Olde King’s Head on its last kegs.

The British restaurant and bar in Southern California has been battered the past nine months. The mock Tudor fixture near the beach weathered a lengthy shutdown in the spring, a destructive ransacking during police protests in May and public health orders that have required constant adaptation.

Gov. Gavin Newsom placed most California businesses under the most severe restrictions on Monday and on Thursday added a 10 p.m. to 5 a.m. curfew for residents that takes effect Saturday.

“It’s like every week there’s a different rule to follow,” said operations manager Lisa Powers, who has guided the 46-year-old institution through an ever-changing set of public health orders.

When the pandemic hit, the King’s Head had to offer its traditional British fare — everything from bangers and mash and fish and chips to traditional Sunday roast — for takeout. It’s now reopened as is the adjoining gift “shoppe” offering imported tea, biscuits, Marmite spread and British newspapers.

The U.S. Food and Drug Administration green lit emergency authorization for an experimental drug cocktail shown to be effective in preventing severe illness in people infected with the coronavirus.

The drug, developed by Regeneron, was approved to treat mild to moderate Covid-19 cases for both adults and children over the age of 12 who are at risk of developing severe symptoms. This includes people 65 years of age and older and those with chronic medical conditions.

In a clinical trial of people with the coronavirus, patients who received a cocktail containing the monoclonal antibodies casirivimab and imdevimab showed reduced instances of hospitalization and emergency room visits. Monoclonal antibodies are made in a lab to mimic the body’s natural antibodies that fight off harmful pathogens, such as viruses.

Casirivimab and imdevimab must be administered intravenously and are not approved for patients who require oxygen therapy as a result of Covid-19.

The FDA said it will continue to evaluate the safety and effectiveness of the treatment, it said in a statement.

STERLING, Va. — Housing Secretary Ben Carson is crediting unapproved, experimental treatments with saving his life after he became “desperately ill” following his infection with the coronavirus.

There is no medical evidence that the treatments Carson cited worked.

A retired neurosurgeon, Carson said Friday that he believes he’s “out of the woods.” He disclosed that his wife, Candy, also had COVID-19, the disease the coronavirus causes. Carson tested positive earlier this month.

Most people recover from the disease, which has killed more than 250,000 Americans and sickened nearly 12 million, including President Donald Trump and members of his family.

In a statement posted on Facebook, Carson said he was “extremely sick” but saw “dramatic improvement” after taking a botanical treatment derived from the oleander plant. Carson said he has underlying conditions, which he did not specify, “and after a brief period when I only experienced minor discomfort, the symptoms accelerated and I became desperately ill.”

Johnson ordered England in to a monthlong lockdown in early November after infection cases and deaths started to rise again, angering businesses and some of his own political party over the economic consequences.

A second wave of infections has started to flatten, official data shows, but scientific advisers are expected to warn on Monday that previous regional restrictions did not go far enough and harder measures are needed to prevent another national lockdown.

Britain has suffered the worst death toll in Europe and the deepest economic contraction of any G7 nation, prompting sharp criticism of Johnson’s handling of the pandemic.

Facing the first day of new pandemic restrictions in Minnesota because of a surge in coronavirus cases, about 300 people gathered outside the St. Paul home of Gov. Tim Walz on Saturday to protest the rules.

“There was a group of about 300 people gathered in front of the Governor’s Residence this afternoon,” St. Paul police spokesman Steve Linders said by email. “They were there at 2 p.m., peacefully made their voices heard for a couple hours, and then left.”

No one was arrested, he said.

We lost 72 Minnesotans to COVID-19 yesterday. Now is the time for all of us to come together and slow the spread. Remember: Starting tonight, in-person dining, sports, and gyms will be set on pause for four weeks. These changes are incredibly difficult, but they will save lives. pic.twitter.com/oz6jFrd6ze

The governor on Wednesday announced new, monthlong restrictions that include prohibitions on social gatherings, dine-in service for bars and restaurants and closing gyms, entertainment venues and event spaces.

Since the pandemic began Minnesota has recorded 263,008 cases and 3,257 deaths. According to Johns Hopkins University’s Coronavirus Resource Center, about seven of 100 Minnesotans who take a coronavirus test turn out positive.

More than 1 million people flew through U.S. airports on Friday, according to data from the Transportation Security Administration, fueling fears of even greater spread of the virus. It was the second-heaviest domestic air traffic day since the start of the pandemic, despite pleas from health officials for Americans to stay home.

“This is the 2nd time since the pandemic passenger volume has surpassed 1 million,” TSA spokeswoman Lisa Farbstein wrote on Twitter on Saturday.

Health officials have warned that the burgeoning wave of infections could soon overwhelm the healthcare system if people do not follow public health guidance, particularly around not traveling and mingling with other households for Thursday’s traditional Thanksgiving celebration.

The number of Thanksgiving air travelers was expected to decline by 47.5 percent from 2019, but nonetheless, 2.4 million people were forecast to take to the skies, according to a report earlier this month from the American Automobile Association. It said the number traveling by car was expected to fall by only about 4 percent.

After attending evening mass at St. Ann’s church in Wilmington, Delaware, President-elect Biden was asked whether people in the country should be able to attend religious services during the pandemic.

What does emergency use of a Covid-19 vaccine mean?

What does emergency use of a Covid-19 vaccine mean?

It’s when regulators allow shots to be given to certain people while studies of safety and effectiveness are ongoing.

Before any vaccine is permitted in the U.S., it must be reviewed by the Food and Drug Administration, which requires study in thousands of people. Normally, the process to approve a new vaccine can take about a decade. But the federal government is using various methods to dramatically speed up the process for Covid-19 vaccines.

During a health crisis, the FDA can loosen its normal scientific standards to allow emergency use of experimental drugs, devices, vaccines and other medical products. The first vaccines to get the provisional green light in the U.S. are almost certain to be made available under this process, known as emergency use authorization.

Instead of the usual requirement of “substantial evidence” of safety and effectiveness for approval, the FDA can allow products onto the market as long as their benefits are likely to outweigh their risks. It has already used its emergency powers to authorize hundreds of coronavirus tests and a handful of treatments during the pandemic.

But the agency has almost no experience granting emergency use for vaccines and has laid out extra standards it will use to make decisions on upcoming Covid-19 shots.

In October, FDA officials told vaccine makers they should have two months of safety follow-up from half of the people enrolled in their studies before requesting emergency authorization. That data is expected to be enough for FDA to allow vaccinations of certain high-risk groups, such as front-line health workers and nursing home residents.

Full approval of a vaccine will likely require six months of safety follow-up as well as extensive inspections of company manufacturing sites. The leading vaccine makers are not expected to complete that process until next spring or summer. Only then is the FDA expected to grant full approval, which would allow vaccinations of the general population.