Take a number: States will determine your place in line for the Covid-19 vaccine

Home LIFESTYLE HEALTH & FITNESS Take a number: States will determine your place in line for the Covid-19 vaccine 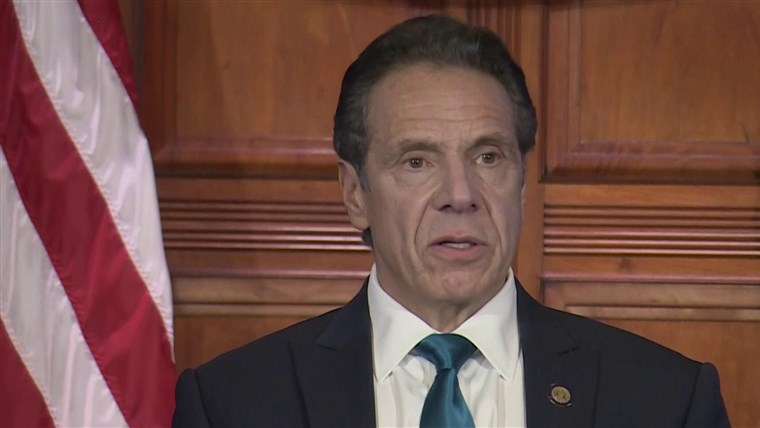 These days, across America, the phone rings frequently with the same question at health departments, pharmacies, doctors’ offices and advocacy groups: a line is forming for a Covid-19 vaccine, and people want to know where they stand.

The answers are often vague, whether posed to local officials or labor unions, associations for heart disease or diabetes, CVS corporate headquarters or leading professors of public health: “Stand by.” “We have not heard from the federal government.” “We just don’t know yet.”

“We’re so focused on understanding how the logistics of this vaccine will play out … that we’re not drilling down to that common citizen asking, ‘OK, when do I get my vaccine?'” said Lori Tremmel Freeman, who heads the National Association of County and City Health Officials. “We have to come up with a way to effectively communicate that broadly … so people understand it’s their turn.”

The first coronavirus vaccines could reach the American public as early as next week, and all adults should be able to get vaccinated in 2021, according to the Centers for Disease Control and Prevention.

The CDC anticipates there will be enough doses for 20 million people by the end of December. Because the initial supply will be scarce compared to demand, the government plans to distribute the vaccine in phases. A CDC advisory panel voted on Tuesday to recommend giving first priority to health care personnel and residents of long-term health care facilities. They will likely be followed by the elderly, people with high-risk comorbidities and essential workers.

But the new federal recommendation only covers Phase 1a, and the question of who counts in each of those first phase categories has yet to be determined. The rest of the population still does not know where they will fall within the amorphous later phases — or even how they will find out. Though professional groups have suggested frameworks for the CDC, there is still no complete federal plan.

When it does come, state and local officials will be charged with implementing it. While the Trump administration invested billions to help develop vaccines, it largely left distribution logistics — including the specifics of who stands where in line — to state and local officials. They’ll have to develop their own subcategories of eligible populations, then quickly communicate all of the details statewide. A limited review of state plans submitted last month showed that while some are specific, many are still preliminary, and many include no details about reaching the marginalized populations where the disease has spread the quickest.

The logistics of this decentralized model of distribution are complicated, even if everything were to occur exactly as theorized by experts at Johns Hopkins or the National Academies of Sciences, Engineering and Medicine. To communicate whose turn it is, states expect to use a broad mix of social media, community outreach and public messaging campaigns. But challenges abound, from depleted health department budgets to confusing national guidance.

“There’s a difference between what we write … and how things actually get implemented,” said Jewel Mullen, associate dean for health equity at Dell Medical School at the University of Texas at Austin, who served on the National Academies of Sciences, Engineering and Medicine’s committee for the vaccine allocation framework. “We can explain the technical pieces on paper. But then we rely on our decision makers at the state and local level to make it happen.”

Some experts worry that the communications infrastructure demonstrated so far is insufficient to keep Americans in an orderly, fast-moving line for a vaccine. Groups representing the people who may be tapped for early vaccine access — essential workers and people at high-risk — say they are hearing widespread confusion over vaccine access. Some stakeholders tell NBC News they could help with communication to these high-priority groups, but officials have not yet engaged them on the topic.

“Messaging about Covid-19, from the federal level … and the state level, has not always been delivered with clarity and consistency,” said Dr. Eduardo Sanchez, chief medical officer for prevention at the American Heart Association and former Texas commissioner of health. “But that confusion can be overcome by consistent messaging, clarity of messaging, and a clear understanding of who are those trustworthy messengers.”

A mismatch between supply and demand

While hundreds of millions of routine vaccinations occur each year, until the arrival of the Covid-19 pandemic, officials have never had to navigate such a mismatch between vaccine supply and demand.

To help them, the CDC provided its national recommendations Tuesday on how to prioritize the first doses for 20 million people. The agency’s Advisory Committee on Immunization Practices voted to give the first vaccine access to health care workers and residents of long-term care facilities.

The committee has also identified three other demographics to “possibly recommend” for early vaccination: people 65 years and older, essential workers, and people with comorbidities that place them at high risk.

Until the committee votes on a full recommendation for later phases, the interim guidance raises questions for the average citizen. The definition of “essential worker” differs state-by-state, for example, and the list of comorbidities associated with severe Covid-19 has been fluid, as scientists continue to learn more about the disease. And even when these categories are ultimately defined, many Americans may find they don’t fall neatly into a single demographic box.

“How do we tell people, ‘Get in line, but don’t skip the line?'” Mullen said. “Because suddenly, people may start to rationalize why maybe they actually fall into that box that’s phase one or two, when they really belong in phase three.”

The CDC’s Phase 1a may prove deceptively simple in this regard, as nursing home residents and health care workers will likely be relatively easy to isolate and target. As the list of eligible recipients expands and diversifies, the challenge of how to manage the differentiated messages will grow.

Many hoped the federal government would invest more in this communication effort, particularly in the wake of widespread criticism surrounding lack of federal coordination around testing. Among the suggestions are more funding for health departments and centralized national messaging. That could mean the creation of a national database where people can look up their priority level based on their demographics, as Bill Gates suggested on CNN, or something more simple, like the document published by the U.K. on Wednesday, which outlined nine initial tiers for sub-prioritization based on age, living situation, occupation and medical vulnerabilities.

The CDC did not respond to repeated requests for comment from NBC News.

“There could be and should have been more communications to the public about this from the federal government,” said Eric Toner, a senior scholar with the Johns Hopkins Center for Health Security, who was the lead author for Johns Hopkins’ Covid-19 vaccine allocation framework. “I hope that they really start addressing these issues with the public, so the public has time to process and the information has time to filter down through the various communities, some of which are hard to reach.”

Local officials are likely better situated for the communications challenge, according to Tremmel Freeman, of the health officials association, simply because they have a better idea of where key populations are and how they get their information.

That means engagement of local leaders, from pastors to principals, to reach hesitant individuals, experts say. Such strategies are particularly key to reaching historically marginalized and disenfranchised communities, Toner said, which is a public health priority “not only for ethical and moral reasons, but because that’s where a lot of the transmission of disease is happening.”

“It’s absolutely true that we can’t reach them solely through public messaging,” said Toner. “States need to be working now to create the relationships in those communities with trusted leaders to encourage people to seriously think about getting vaccinated.”

It remains unclear exactly how prepared state officials are for that challenge. When asked specifically about communications plans by NBC News, most states gave only broad details, while others merely linked to preliminary state distribution plans submitted to the CDC in October.

Only about half of the state plans specifically mention vulnerable or minority populations, according to a Kaiser Family Foundation brief, while just over a third mention addressing misinformation. Less than half contain an estimate for the number of people considered high priority to get the vaccine.

“Some states had done their preparation and homework already, whereas other states are trying to catch up,” said Josh Michaud, associate director for global health policy at the Kaiser Family Foundation. He noted that updates to the preliminary plans are due Friday. “Given that we are imminently at the point of vaccine distribution, it is of the utmost importance to have this communications piece already worked out.”

‘We sit there with no information’

Meanwhile, for some Americans who believe they deserve prioritized vaccine access, anticipation is turning into frustration.

NBC News contacted over a dozen groups representing Americans who may get early vaccine access, such as groups representing teachers, postal workers and funeral directors and organizations like the American Heart Association and the American Diabetes Association. The 11 who responded said they hoped their communities would be prioritized. But for the most part, they too did not know how phased allocation would play out for their subgroups, or how that eventual eligibility would be communicated.

“You watch the news and hear about a vaccine with millions of doses, going soon to essential workers,” said Mark Lauritsen, international vice president and head of the food processing division of the United Food and Commercial Workers Union, which represents 1.3 million American workers. “Then we sit there with no information. That just leads to frustration. The government could start pretty easily with just basic communication.”

The union says it has the expertise and capacity to help the government effectively distribute a vaccine to tens of thousands of frontline workers nationwide. Trained medical personnel at processing plants, which have been hit hard by Covid-19, routinely distribute vaccinations, for example, and the union can help communicate with workers across dozens of languages. But so far, they say no one from the Trump administration has engaged them for such a partnership.

Information is lacking even for government employees, according to the International Federation of Professional and Technical Engineers, a union representing highly skilled employees from judges to NASA rocket scientists. In a recent letter shared with NBC News, the union requested a copy of the federal government’s plan to vaccinate its own workers — as well as assurances that frontline employees would be prioritized from outgoing Trump appointees.

This week could be a turning point for state and local communication strategies, given Tuesday’s announcement on who will be eligible in phase 1a. But there is much more to be decided — and subsequently communicated — before the public at large knows when they can get a vaccine.

“Some of this communications planning could and should have been done right at the start of the pandemic, because we knew vaccines were in development,” Tremmel Freeman said. “We knew at some point they would hit the streets and we probably wouldn’t have enough doses for 300 million people. That’s just common sense.”