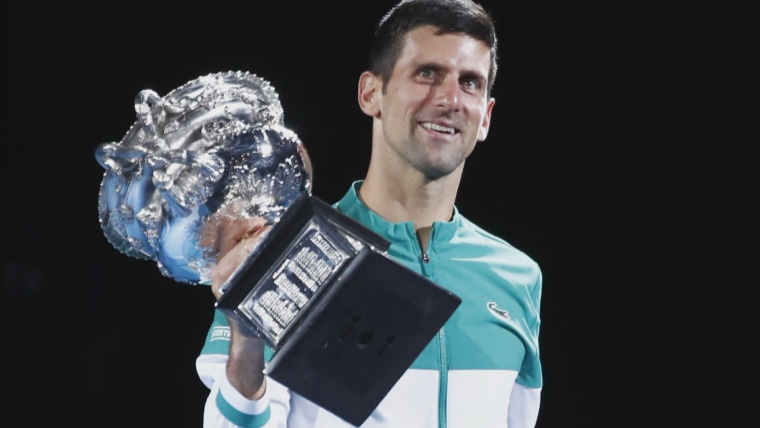 Tennis star Novak Djokovic thanked his supporters and family on Friday, a day after his visa was cancelled and he was detained in a hotel room in Australia.

“Thank you to people around the world for your continuous support. I can feel it and it is greatly appreciated,” Djokovic, the world’s top-ranked male player, wrote on Instagram. The Serbian was hoping to defend his Australian Open title, but his participation is now a major doubt.

In Serbian, he added: “Thank you to my family, Serbia and all good people across the world who are sending me support. Thanks to dear God for health.”

Djokovic, 34,spoke out as it emerged that a second player had been put in Australian immigration detention: Renata Voracova, a doubles specialist from the Czech Republic, had her visa cancelled and will leave the country.

She “decided to drop out of the tournament due to limited possibilities for training and to leave Australia,” the Czech Foreign Ministry said in a statement, as reported by Reuters.

The ministry added that it registered a diplomatic protest over the incident and said that several other players were caught in the same situation, without naming any.

The statement didn’t add details on the reason for Voracova’s detention.

In an e-mail to The Associated Press, the Australian Border Force said following investigations into cases, “one individual has voluntarily departed Australia … and the visa of a third individual has been canceled.”

The identity of the third person has not been released.

Meanwhile Djokovic is likely to stay in the hotel for at least the weekend as his appeal against his visa cancellation was adjourned until Monday.

Djokovic, had been given “an exemption permission” to travel to play in the tournament amid a surge in Covid-19 cases in the country.

But after he landed in Melbourne on Wednesday, he was not allowed to leave the airport and early Thursday morning local time he was told to leave.

He has not said whether he has had the Covid-19 vaccine or not.

Djokovic’s supporters gathered outside the Park Hotel, which is normally used to house refugees and asylum seekers in Melbourne, waving flags and banners.

They mixed with human rights advocates who were there more to highlight the plight of other longer-term detainees in the facility, many who have long complained about their living conditions and exposure to the coronavirus in the pandemic.