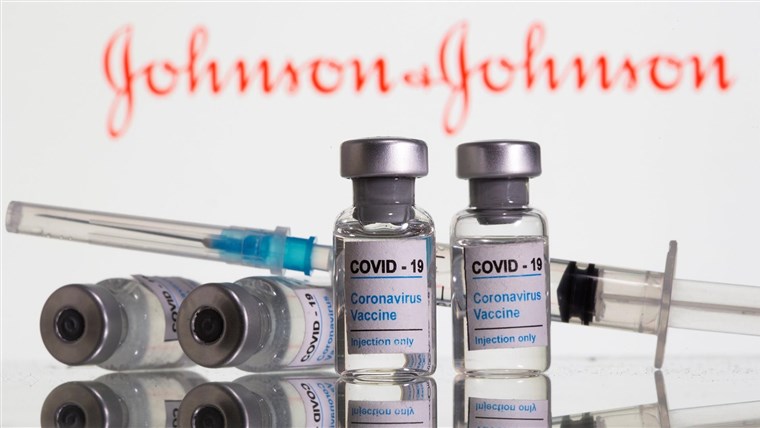 Documents released by the Food and Drug Administration on Wednesday indicate that Johnson & Johnson’s Covid-19 vaccine is overall safe and highly effective — 86 percent — against the most severe outcomes of the illness.

The favorable review comes two days before a panel of independent advisers to the FDA is scheduled to discuss the company’s application for emergency use. It is widely expected that the Vaccines and Related Biological Products Advisory Committee, or VRBPAC, will vote to recommend authorization of the vaccine.

“The FDA went so far as to say the vaccine has a ‘favorable safety profile with no specific safety concerns identified that would preclude issuance of an EUA,” or emergency use authorization, said John Grabenstein, a former executive director of medical affairs for vaccines at Merck and a former Department of Defense immunologist.

The FDA is not required to go along with the panel’s recommendation, but it usually does.

“If authorized, we are ready to roll out this vaccine without delay,” Jeff Zients, coordinator for the Biden administration’s Covid-19 task force, said during a media briefing Wednesday.

On Tuesday, five Covid-19 vaccine manufacturers, including Johnson & Johnson, told Congress that they’re working to ramp up the rollout of doses over the coming weeks and months.

Assuming the FDA will authorize the Johnson & Johnson vaccine for emergency use, the company said it would be able to provide 20 million shots by the end of next month, with an additional 100 million doses over the summer.

The company reported results of its phase 3 clinical trials in late January, finding that in the U.S., the shot was 72 percent effective in preventing moderate to severe disease — essentially, keeping people out of the hospital and dying from Covid-19.

When the company looked just at the shot’s effect on preventing severe disease, it was 85 percent effective. The new analysis shows a slight increase, to 86 percent.

However, the new FDA analysis shows an improvement in the shot’s efficacy in South Africa, now found to be 64 percent.

Side effects were generally limited to arm pain, headache and fatigue. No deaths were reported among study participants who received the vaccine, and no hospitalizations were reported after 28 days.

“We need to keep our eye on the prize, which is to take this potentially fatal virus and turn it into nothing more than a cold,” said Dr. Buddy Creech, an infectious disease expert, as well as a principal investigator of one of the Johnson & Johnson Covid-19 vaccine trials at Vanderbilt University Medical Center in Nashville.

The new analysis also suggested the vaccine can reduce person-to-person transmission of the virus, though more research is needed.

Johnson & Johnson‘s vaccine, made in partnership with Janssen Pharmaceuticals, is given in a single shot; the other two vaccines in use from Moderna and Pfizer-BioNTech, require two doses, three to four weeks apart.

The Johnson & Johnson shot only requires basic refrigeration for storage.

It uses an inactivated virus, called an adenovirus, to teach the body’s immune system to recognize and fight off SARS-CoV-2, the virus that causes Covid-19.

The vaccines made by Pfizer-BioNTech and Moderna use a different type of technology, using genetic material called messenger RNA, or mRNA.