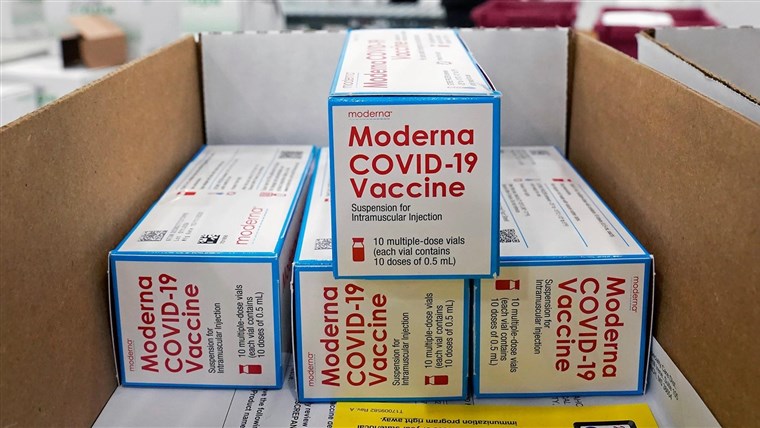 A Wisconsin hospital employee has been fired and arrested after removing dozens of vials of the coronavirus vaccine from a pharmacy refrigerator, intentionally destroying more than 500 doses, a hospital investigation found.

The incident happened over the weekend at the Aurora Medical Center in Grafton, north of Milwaukee. Grafton police announced the arrest of the pharmacist Thursday, but did not name the man or identify a motive.

Police said in a statement they arrested the former employee on suspicion of recklessly endangering safety, adulterating a prescription drug and criminal damage to property. The damage he caused “was estimated to be between $8,000 and $11,000,” police said.

Initially, it appeared that the 57 vials of the Moderna vaccine — which must be kept between 36 and 46 degrees Fahrenheit — had been left out overnight accidentally, hospital officials said. Each vial holds approximately 10 doses of the vaccine.

But Wednesday, the Aurora Medical Center announced the hospital worker involved “acknowledged that they intentionally removed the vaccine from refrigeration.”

“We continue to believe that vaccination is our way out of the pandemic. We are more than disappointed,” the hospital said in a statement, adding that the employee has been terminated. “This was a violation of our core values.”

The Moderna vaccine has a 12-hour window once it has been thawed. Most doses of the vaccine that had been left out of the pharmacy refrigerator had to be discarded, although hospital officials later believed they could salvage some. After the hospital administered more than 50 doses of the vaccines that had been thawed, it learned the shots had actually been thawed twice, rendering them ineffective, a hospital official said Thursday at a press conference. The hospital said all those who received an ineffective vaccination have been notified and that those individuals are not at risk.

News of the spoiled vaccine doses in Wisconsin comes as the United States struggles to meet its goals for vaccination. So far, only about 2.8 million people have been vaccinated, far short of the 20 million the Trump administration had hoped for by year-end.

The vaccine is not yet widely available, and health care workers and nursing home residents have priority for the first doses.

On Wednesday, Advocate Aurora Health, the health system that Aurora Medical Center is part of, said it has vaccinated more than 21,000 health care workers so far.

The pharmacist is currently being held at Ozaukee County Jail.

Elizabeth Chuck is a reporter for NBC News.

Ben Kesslen is a reporter for NBC News.