How a Wisconsin overnight camp became a coronavirus ‘superspreading’ event 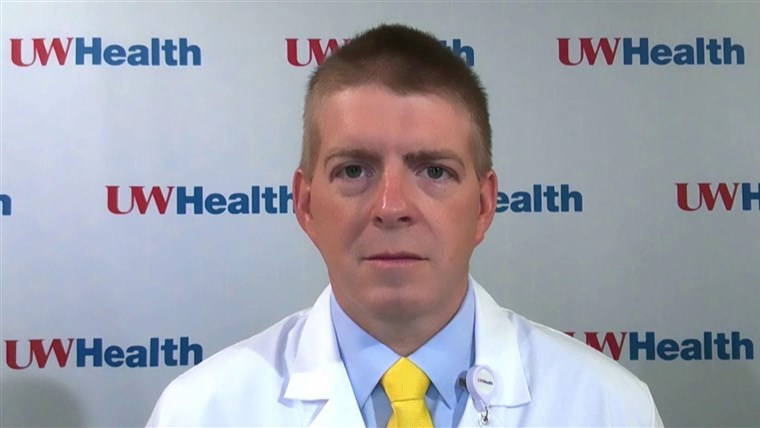 A coronavirus outbreak raged through an overnight school retreat in Wisconsin during the summer, beginning with one student before ultimately infecting more than 90 percent of the teens and the counselors, according to a new report from the Centers for Disease Control and Prevention.

The six-week faith-based camp had required all attendees from 23 states and territories and two foreign countries to be tested and quarantined for the week prior to the retreat, which ran from July 2 to Aug. 11. However, shortly after arriving at the camp, a ninth grader who had tested negative for the virus at home developed symptoms including a sore throat, cough and chills. The student was then given a PCR test which came back positive, the CDC reported.

Excluding 24 attendees who had provided evidence through antibody testing of having already been infected with and recovered from the virus, 91 percent, or 116, of the 128 students who had not previously been infected with the virus were determined to have Covid-19 either with a positive PCR test or a diagnosis based on symptoms.

Although the boys, all of high school age, were required to wear masks when traveling to the camp, they were allowed to go without them once they arrived and to mingle freely. The students and 21 counselors slept in close quarters: the students living four to six per room in dormitories or eight per room in yurts, and the counselors staying together in dormitories and yurts.

After the ninth grader tested positive, he was quarantined with 11 of his close contacts. After the 11 contacts tested negative by rapid antigen tests, they were released from quarantine. However, during the first week of the camp, six of the 11, as well as 18 others, reported a new onset of mild symptoms. These students were given masks, but not isolated, and there was no contact tracing, the researchers wrote.

The Wisconsin Department of Health Services was notified of the outbreak July 15, and on July 28, the department tested 148 of the 152 retreat attendees. Antibody tests showed that91 percent of those who had not been infected prior to arriving at the camp, 116 out of 128, had developed an infection while there.

None of the teachers, who were quartered separately from the students and the counselors and wore masks during class and practiced social distancing at all times, tested positive for the disease.

All the illnesses were mild and there were no deaths or hospitalizations reported among those who caught the virus.

“The attack rate was extraordinary both in terms of the number infected, as well as the pace at which they were infected,” Dr. Stuart Ray, a professor of medicine in the division of infectious diseases at the Johns Hopkins School of Medicine in Baltimore, said.“It illustrates how hard it has been to control,” he said.

Given that the students and the counselors were allowed to mix freely and were not required to wear masks or practice social distancing, an outbreak wasn’t surprising, Dr. Waleed Javaid, director of infection prevention and control at Mount Sinai Downtown in New York, said.

“This goes to show that a negative test does not mean we should not social distance,” Javaid said. “At certain points, especially early on in the infection, the test may be negative and does not automatically indicate that a person is infection-free. We need to wear a mask and maintain social distancing in public gatherings.”