HHS: States can vaccinate lower-priority groups if doses would otherwise sit in freezers 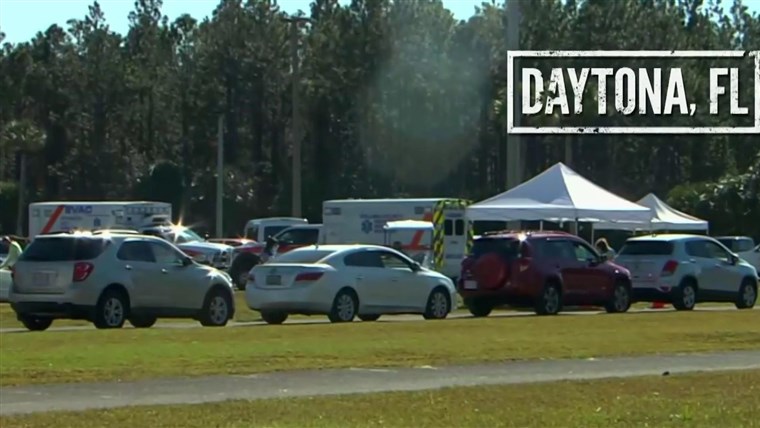 Secretary of Health and Human Services Alex Azar said Wednesday that he is advising states to begin vaccinating lower-priority groups against Covid-19 if the doses they have on hand would otherwise be sitting in freezers.

“It would be much better to move quickly and end up vaccinating some lower-priority people than to let vaccines sit around while states try to micromanage this process,” Azar said in a briefing, expressing frustration about the pace of vaccinations.

“Faster administration could save lives right now, which means we cannot let the perfect be the enemy of the good,” he said.

The comments indicate that states will have the Trump administration’s blessing to diverge from national guidance about vaccination priorities, and that they shouldn’t worry too much if hospitals or health care providers use doses out of order.

About 17.3 million vaccine doses have been distributed to states, while 5.3 million people have received an initial dose, according to the Centers for Disease Control and Prevention.

Azar offered Florida as an example of a state that had adjusted criteria for who’s eligible to receive a vaccine dose, so that the limited supply reaches people who need it. Azar said he had spoken by phone earlier Wednesday with Florida Gov. Ron DeSantis, a Republican.

DeSantis said two weeks ago that he would make Covid-19 vaccines available to people age 65 and older, putting them ahead of others who are younger but have jobs that put them at risk. The decision has caused chaos and some disappointment especially among people who haven’t procured appointments.

Florida ranks only in the middle of the pack so far for vaccinations as a share of its population.

There’s been debate nationwide about who should get priority for vaccinations. Though the CDC released guidelines, it’s ultimately up to states to determine people’s place in line — and how strictly to enforce the order.

New Jersey Health Commissioner Judith Persichilli said Wednesday that her state would not be rigid as it moves through different priority groups.

“It is not necessary to vaccinate all individuals in one phase before initiating the next phase,” she said during a briefing.

“The phases may in fact overlap,” she added. “The movement between phases will be very fluid. One phase will overlap with another. We will not wait for all individuals in one phase to be vaccinated before opening up to additional groups.”