Evidence Covid may have emerged outside of Wuhan, WHO says

Home LIFESTYLE HEALTH & FITNESS Evidence Covid may have emerged outside of Wuhan, WHO says 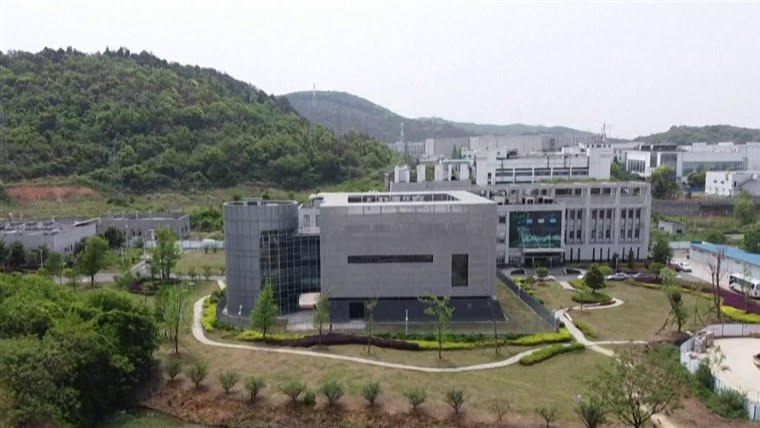 Early data suggests that Covid-19 could have been circulating for weeks before it was identified in the city of Wuhan in December 2019, according to the Chinese lead of the World Health Organization team that on Tuesday released first details of its fact-finding mission into the origins of the virus.

“This indicates the possibility of the missed reported circulation in other regions,” said Dr. Liang Wannian, the head of the Covid-19 panel at China’s National Health Commission, during a press conference.

The first cases of a pneumonia-like illness were reported in Wuhan, a city of some 11 million people on the Yangtze River in central Hubei province, in December 2019.

The WHO team arrived in Wuhan on Jan. 14 and after two weeks of quarantine, visited key sites such as the Huanan seafood market, which was linked to an early cluster of infections, as well as the Wuhan Institute of Virology, which has been involved in coronavirus research.

The WHO’s team landed in Wuhan last month, more than a year after Covid-19 was first detected there. The long-awaited visit is part of what will be a lengthy process of piecing together the virus’s origin to answer key questions about the pathogen and how to prevent similar — and possibly worse — future outbreaks.

Dr. Peter Ben Embarek, head of the WHO’s delegation in China, told reporters that it was “extremely unlikely” that the virus emerged as the result of a lab-related incident.

There was speculation earlier in the pandemic — partially fueled by former President Donald Trump — that the virus was either manufactured at or accidentally leaked from a lab at the Wuhan Institute of Virology. But this theory has been largely dismissed by the global scientific community and Chinese researchers working at the lab.

Earlier on Tuesday, member of the WHO expert team said the Chinese side granted full access to all sites and personnel they requested — a level of openness that even he hadn’t expected, the Associated Press reported.

Peter Daszak said team members had submitted a deeply considered list of places and people to include in their investigation and that no objections were raised.

“We were asked where we wanted to go. We gave our hosts a list … and you can see from where we’ve been, we’ve been to all the key places,” Daszak said.

China has faced heavy criticism for allegedly downplaying the severity of the initial outbreak of the mysterious, pneumonia-like illness in late 2019, and for not acting quickly enough to alert the WHO of evidence of human-to-human transmission.

Suspicion about China’s handling of the outbreak came after its problematic response to the 2003 SARS pandemic, when it was found that Chinese officials had suppressed and deliberately withheld information from the public. The WHO praised China early for its efforts to contain the Covid-19 outbreak, but questions still remain about where and how the pathogen emerged.

The Covid-19 pandemic became a geopolitical battle between China and Trump, who routinely referred to “the China virus” and accused Beijing of misinformation and allowing the disease to spread.

Beijing strongly criticized what it called an attempt to politicize the pandemic and denied allegations of a cover-up.

Reuters and The Associated Press contributed to this report