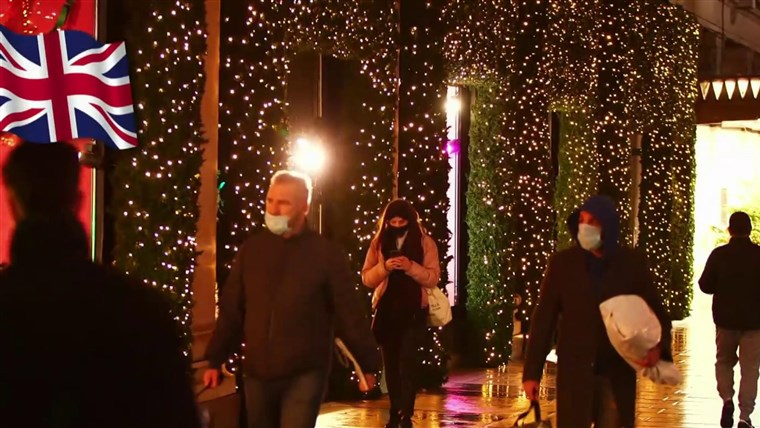 BRUSSELS — Please leave a chair empty at this year’s family Christmas dinner as a precaution, or face the possibility of having that chair empty forever.

Alexander De Croo argued that the country’s long-running, costly efforts should not be thrown away for the sake of a few warm and fuzzy hours exchanging gifts under the Christmas tree. “I would not want the progress of the past four weeks to be wasted because of four days,” he told legislators this week.

Europe’s nations are struggling to reconcile cold medical advice with a tradition that calls for big gatherings in often poorly ventilated rooms, where people chat, shout and sing together — providing an ideal conduit for a virus that has killed over 350,000 people in the continent so far. It is currently the No. 1 cause of death in the European Union.

Yet the desire for contact with family is such that all the horrible realities can be briefly sidelined. In France, it took a letter addressed to Santa Claus to put it in perspective.

A year of pandemic and lockdown had weighed so much on a 22-year-old student, that as a grown adult he rekindled his youth and wrote again to the jolly children’s saint.

“For the end of this year, I’d simply like the family whose name I proudly bear to be reunited, and things to progressively return to normal,” wrote Alexis — Santa letters don’t usually involve a surname.

If families have not lost close ones to the pandemic, many have been unable to meet for much of the year when distancing had to do the job that, hopefully, vaccines will do in 2021. Often grandparents could not see their grandchildren, and family functions — even weddings or funerals — required minute planning and heart-wrenching choices on who would be excluded.

Hence the groundswell to hit the pause button, even for just a few days.

Britain, with the continent’s highest death rate at 57,031 yet a Christmas tradition unlike few others, could not resist the temptation of relaxation.

People are currently barred from visiting other households in much of the U.K and there are travel limits to high-infection areas.

All that will go overboard for five days over the holidays, when up to three households can form a “Christmas bubble” and members can move freely between them. Cabinet Minister Michael Gove spoke of the need to “offer hope for families and friends who have made many sacrifices over this difficult year.”

At the same time, hospital and care home staff across Europe feel that their many sacrifices could be in vain if rules are eased too much. After all, this fall’s resurgence followed similar relaxations over the summer.

“We must learn from the summer and not repeat the same mistakes,” she said. “Relaxing too fast and too much risks a third wave after Christmas.”

But even in her native Germany, led by the ultra-careful Angela Merkel, social considerations will prevail: A current restriction that limits private gatherings to five people from up to two households, not including children, will be allowed to double to 10 people over Christmas.

Karl Lauterbach, a lawmaker from Merkel’s coalition and epidemiology professor at the University of Cologne, said that “Christmas is of greater importance to people, therefore the planned easing of restrictions at Christmas is the right course.”

But many of Europe’s scientists disagree. Steven Van Gucht, a virologist with Belgium’s government health group Sciensano said Friday that Germany’s Christmas rule is not about a reunion of 10 people.

“It is about hundreds of thousands, millions of meetings of 10 people,” he warned. “And the impact can be enormous.”

So what can be done? Some counterintuitive suggestions emerge. Christmas dinner is possible — but with the core family in the dining room and grandparents in the kitchen, argues Dr. Remi Salomon, from the Paris hospital authority.

“Don’t eat with them. If I give the virus to Grandma and Grandpa, that’s the worst thing of all. How would I live with that afterward?” he told France-Info network.

“If we let go too quickly, the virus will circulate again too quickly.”

That’s why Belgium’s De Croo spun his dark allegory of empty chairs from his legislative pulpit. His nation of 11.5 million has been hard-hit, with over 16,000 deaths already. The country barely managed to keep its health system afloat by imposing curfews and closing bars, restaurants and nonessential shops.

Like Belgium, Italy, where the pandemic initially struck hard in Europe, is taking a hard line at Christmas. And a prime tradition is up for debate: Midnight Mass.

The government is reportedly seeking to negotiate with Catholic officials to hold Christmas Eve religious celebrations earlier, before the 10 p.m. national curfew, though there’s also a proposal to extend the curfew to at least midnight around Christmastime.

The Vatican hasn’t released its Christmas celebration schedule, but Pope Francis has celebrated Midnight Mass starting at 9 p.m. anyway for several years, and this year he’s expected to do so before just a handful of worshippers.

What Christmas Eve will look like in Austria is still unclear, much depending on the success of a massive testing program in coming days. In Oberndorf, home of the world’s most famous Christmas carol, they hope its lyrics will not be taken too literally. “Silent night! Holy night! All is calm.”

So does the rest of Europe.