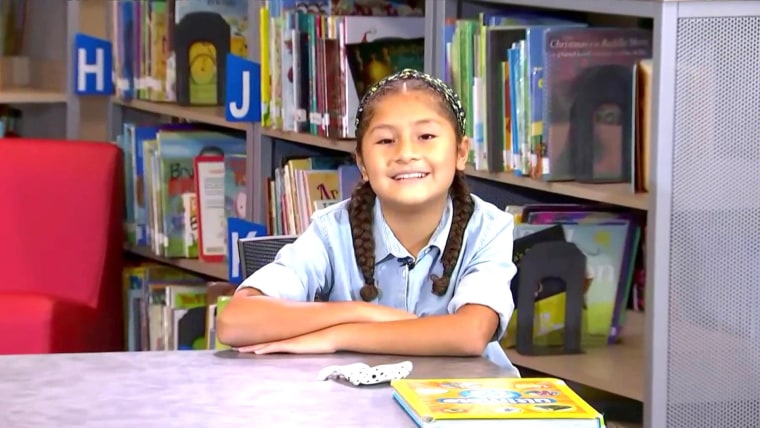 A majority of New York City public school students returned for in-person learning Monday for the first time in 18 months, a reset to the traditional school year after whipsawing Covid-19 protocols upended classrooms across the country and exposed the ongoing challenges for teachers, parents and children.

But already, there were kinks. The nation’s largest school district, which serves roughly 1 million students, saw its health screening website experience a temporary outage in the early morning. The site is meant for employees, students and visitors to sign in each day before they can enter a city Department of Education-operated building.

In response, the agency said health screenings could also be administered at the schools or with a paper form. A request for further comment was not immediately returned.

The technical glitch was frustrating for some parents who said it caused delays and long lines getting into schools, and they worried it is indicative of a rocky learning year ahead.

Katie Pawluk, who has four children enrolled in city public schools in Lower Manhattan, said the crashing of the health screening site caused chaos at two of her kids’ schools. But her concerns go deeper.

She said that although the Department of Education “has had plenty of time to prepare for this school year and the return to in-person school,” she believes there is not enough space for students to physically distance nor are there appropriate accommodations — at least at her children’s schools — for outdoor time, including for lunch.

“The fact that no remote option is being offered to medically fragile children is also extremely frustrating,” Pawluk added. “Kids in economically disadvantaged schools and kids too young to be vaccinated will be placed most at risk. After 18 months with no in-person schooling, I am overjoyed to send my kids back to school, but I am very concerned that the health and safety of our children in N.Y.C. public schools is not being taken as seriously as it should be.”

New York City Mayor Bill de Blasio and city Schools Chancellor Meisha Porter downplayed any snags, and sought to make the return as normal as possible, beginning the day at a public school in the Bronx fist-bumping students.

“First day of school, a million kids, that will overload things,” de Blasio told reporters in response to the tech problems.

He said at a news conference Monday that the school district is in a stronger position than last school year with two-thirds of eligible public school children currently vaccinated against Covid, vaccination sites at 700 schools open and a full vaccine mandate in place for teachers in two weeks.

De Blasio first announced in May that public schools would reopen for the new academic year with no remote option, stressing “it’s time for us all to be together. It’s time to do things the way they were meant to be done.” Schools were widely closed since March 2020.

While de Blasio initially faced little resistance in the spring, the rising cases of the delta variant of the coronavirus have left some parents and politicians to push back at the full return, preferring to wait until children younger than 12 can also be vaccinated. About 600,000 families of students opted to keep their children learning remotely during the last school year.

De Blasio said if there’s any kind of exposure in a school, those who are vaccinated and not exhibiting any symptoms will not have to quarantine and will remain in school per the federal government guidelines.

The mayor added that close to 80 percent of all New York City adults have got at least one dose of a Covid vaccination.

“That is game-changing,” he told reporters, adding that he doesn’t expect the same amount of classroom closings and disruptions as last year.

Unlike in other states, New York Gov. Kathy Hochul, a Democrat, has called for a mask mandate in all schools for “anyone who enters a school building.”

While New York’s leaders are optimistic that an academic year with little disruption and as close to normal as possible is attainable, school districts in other states with higher cases of Covid and lower vaccination rates are already facing their own chaotic school years.

In Texas, state Attorney General Ken Paxton announced Friday that he was suing at least six districts that defied Gov. Greg Abbott’s order prohibiting mask mandates at public schools. Some school districts have contended with outbreaks of Covid, forcing some classes and entire schools to temporarily shut down.

In Florida, a back-and-forth legal battle has ensued between Gov. Ron DeSantis and schools trying to enforce mask requirements. On Friday, the Republican governor’s administration was granted approval to keep in place an order banning mask mandates in schools while the measure moves through an appeals court.

Meanwhile, the Los Angeles Unified School District said last week it will require all students 12 and older to be fully vaccinated against Covid-19 by Jan. 10, the first major school district in the United States to mandate the vaccination for eligible students.

Erik Ortiz is a staff writer for NBC News focusing on racial injustice and social inequality.