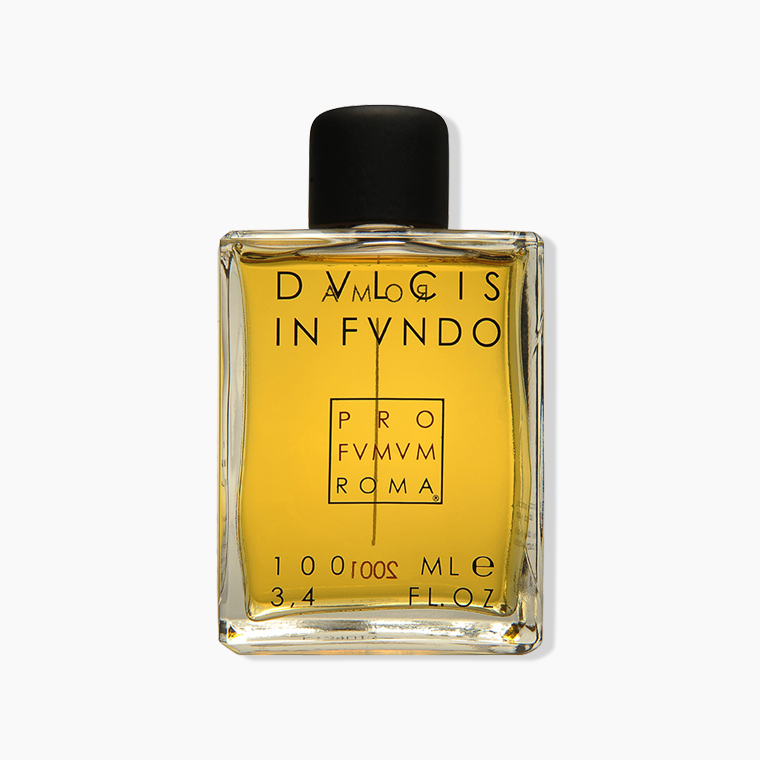 It opened with zesty lemon and just-peeled orange that sweetened within a few minutes to a melange of of a squeeze of lemon, ripe orange, and creamy vanilla. It was a rich, gourmand scent from the start, as it started to feel like vanilla cake drizzled with orange syrup in the first half hour as the vanilla continued to come through and add creamy, sugary sweetness.

The orange seemed to candy over the next hour, while the vanilla grew richer, almost caramelized and burnt at times, which gave the sweetness more dimension and made it a little less cake-like in its sweetness. It seemed to enter its drydown stage after three hours because the progression from that point to the last check-in only weakened where Dulcis in Fundo became creamier, more vanilla, and less orange.

For testing, I used 1/3 of a 1ml sample vial dabbed to the underside and topside of my wrist area on my left arm. I used an unscented moisturizer prior to applying the scent as this is also my swatching arm (aka, incredibly parched at any given moment) as I found scent did not hold well here otherwise. I purchased my sample in January 2022.

It lasted for seven hours until it was a skin-scent and about 10 hours before it was quite difficult to detect on my skin. The sillage and projection were moderate with the sillage dropping faster than the projection by the second hour of wear.

Profumum Vanitas has more of a candy-like sweetness, whereas Dulcis in Fundo has more of a cake-like sweetness. The citrus notes are present for longer and made for a more interesting scent development over time that did appeal to me, personally, more. While not something I’d go out to purchase, I’m thankful that a scent like this is no hardship to try and wear. It’s exactly something that’s enjoyable here and there, as I try and sample different fragrances, even if not something I’d see myself reaching for regularly!