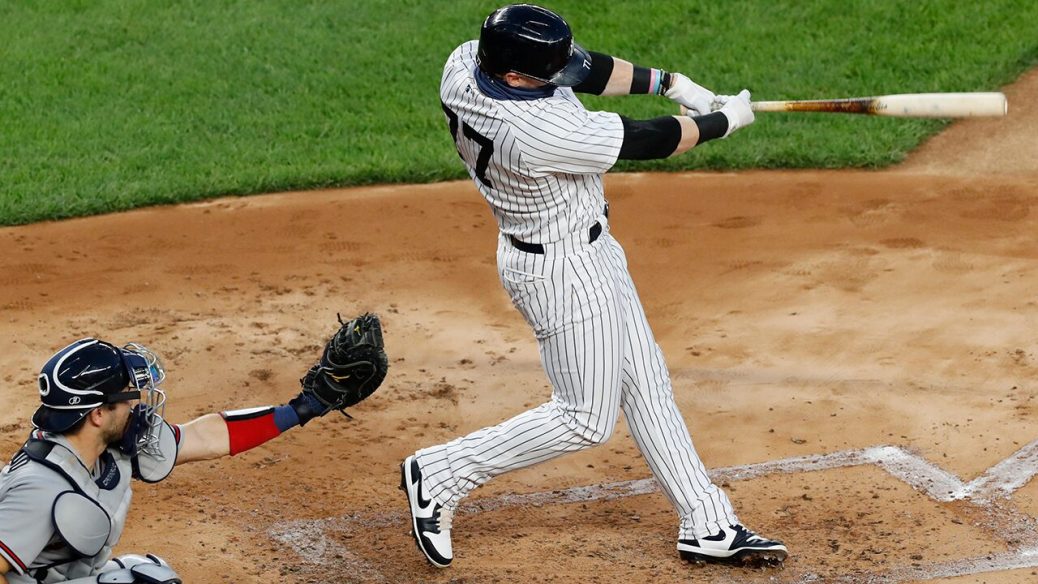 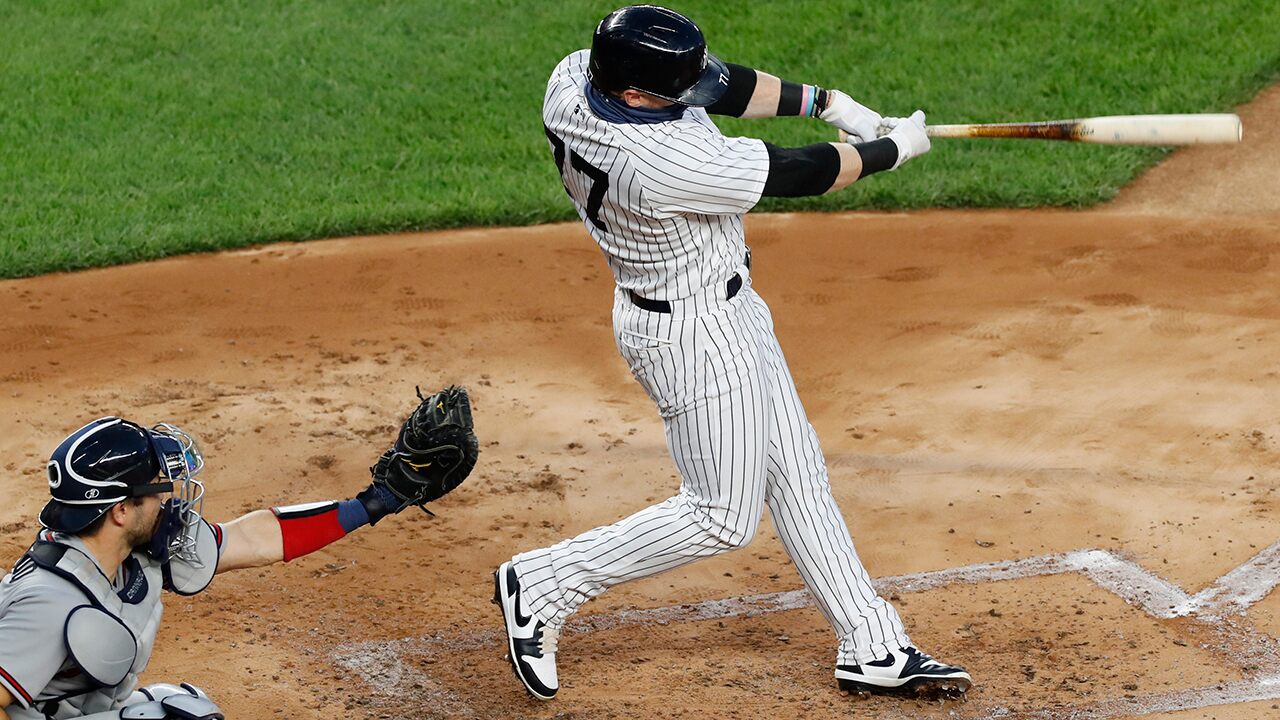 Injury fill-in Clint Frazier had three hits, including a home run, and scored twice in his season debut as the Yankees beat Atlanta 6-3 Wednesday night, sweeping a two-game set.

Johan Camargo lined a two-run homer in the second to give the Braves an early lead against New York starter Masahiro Tanaka, charged with two runs on five hits and two walks in four innings.

The Yankees tied it in the bottom of the frame, clubbing back-to-back homers for the first time this season. Hitting .093 with just two extra-base hits coming in, Gary Sanchez connected for a leadoff shot to left. Starting in right field for hobbled slugger Aaron Judge, Frazier followed with a 103.1 mph blast into the Atlanta bullpen.

“Tonight was fun. It felt good to get the first at-bat out of the way and just be able to breathe,” Frazier said. “I feel like I’m a little more advanced in some areas and I’m just glad tonight was able to start with a bang.”

Starter Huascar Ynoa was lifted a few batters later, kicking off a cavalcade of six Atlanta relievers in seven innings.

DJ LeMahieu and Luke Voit added RBI singles off Tomlin an inning later to wrap up the scoring. LeMahieu (4 for 5) raised his batting average to an American League-leading .431.

“I definitely have the same type of confidence, for sure, and the results are following as well,” LeMahieu said, when asked if he felt similar to when he captured the 2016 National League batting title with Colorado.

Jonathan Loaisiga (2-0) hurled a pair of scoreless innings for the win, striking out three.

The Braves threatened in the seventh when the first two batters reached against Loaisiga. Chad Green came on to retire the dangerous trio of Travis d’Arnaud, Freddie Freeman and Marcell Ozuna in order.

D’Arnaud singled in a run against Jonathan Holder in the ninth. Zack Britton then walked Freeman to bring the tying run to the plate before retiring Ozuna and Adam Duvall, earning his seventh save in seven chances.

PUT ME IN, COACH

Frazier finished a triple short of the cycle, adding a single and double in his second and third at-bats.

“You throw three out there and single, double, homer. That’s a pretty good return and I’m not surprised,” manager Aaron Boone said. “Excited to see him come up and really have an impact.”

Once a top prospect, the sometimes enigmatic 25-year-old has struggled to find playing time since being acquired in a July 2016 trade. He was recalled Tuesday when Giancarlo Stanton landed on the injured list with a strained hamstring.

“Tonight was my first real game of 2020. It’s been a lot of sim games and it felt good to get instant results,” Frazier said. “I’m just thrilled that I got to play tonight.”

The Yankees are 23-0-3 in their last 26 series at home. According to STATS, it is the longest undefeated streak in franchise history, eclipsing their previous best achieved in 1997-98 and 1937.

Braves: OF Ronald Acuña Jr (sore left wrist) sat for the second straight night. The 2018 NL Rookie of the Year was a late scratch prior to Tuesday’s series opener and was evaluated further Wednesday, revealing inflammation in his wrist. The 22-year-old will miss the weekend series in Miami and will be reevaluated on Monday. There are no plans to place him on the IL at this time. “They did all the tests and everything, and it’s just irritated so hopefully they can get it calmed down in four days,” manager Brian Snitker said following the game.

Yankees: Judge (lower body tightness) did not play, a night after the oft-injured slugger was lifted for a pinch-hitter. “It’s kind of all over the lower body, just where he’s kind of dealing with some rigors,” Boone said Wednesday afternoon. “So, you know, the hips down into the hamstring and calves.” It was uncertain whether Judge would return for the start of a weekend series against Boston. … LHP Aroldis Chapman (COVID-19) is scheduled to throw a second sim game Friday. He spoke to reporters via Zoom Wednesday and intimated that he could join the big league club shortly if all goes well. Pitching coach Matt Blake said that Chapman is close to being ready, but mentioned the importance of not rushing the All-Star closer.

Yankees: RHP Gerrit Cole (3-0, 3.22 ERA) should get his first taste of baseball’s longest-running rivalry. New York’s ace is on turn to face the Red Sox Friday in the first of four in New York.