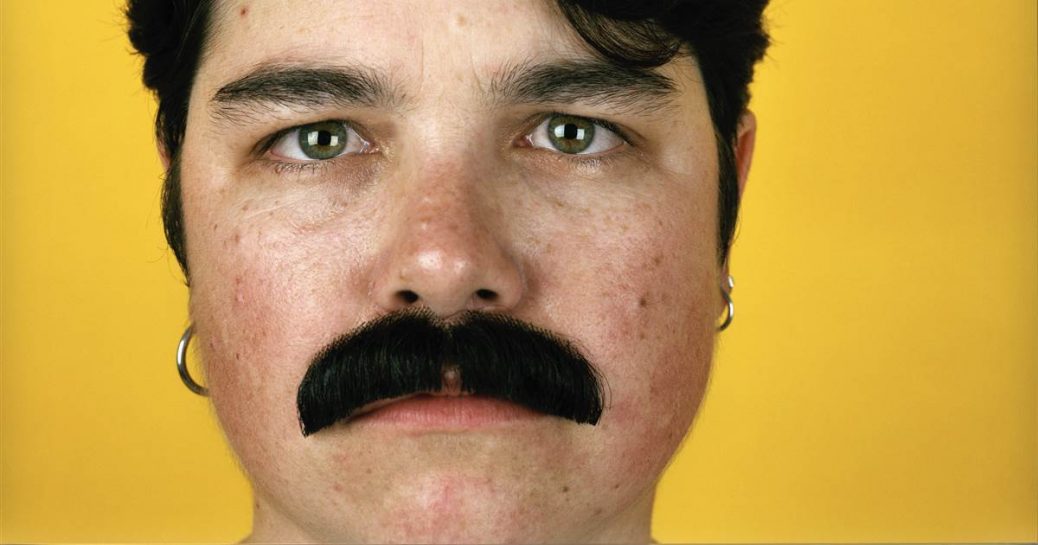 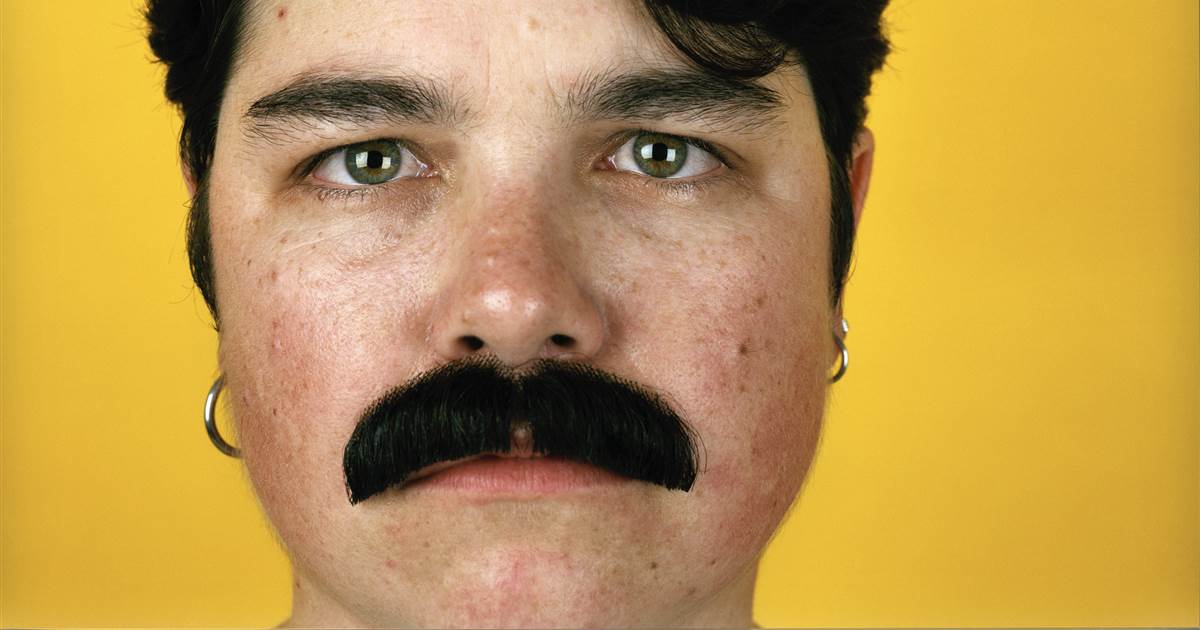 The photos of soldiers staged by Israeli photographer Adi Nes are nothing like the recent images of the stone-faced and armed military men who have sometimes aggressively quelled the worldwide protests calling for an end to police violence against Black people. In Nes’ photographs, shot between 1994 – 2000, male models posing as soldiers eschew traditional masculine tenets of aggression and emotionlessness, in part by hinting at homoeroticism: Their bodies are close, their gazes long, their lips full, their faces softened by streams of light. In one image, Nes captures a group of soldiers sleeping on a bus, their heads heavily hanging toward each other as sunlight pours in through the windows. The stock of a rifle in the left of the frame serves as the only reminder that the men will, presumably, awaken to fight.

“I wanted to see the humanity of the men, their fragility, their weakness in a way,” Nes said of the “Soldiers” series, which was inspired by his own three-year compulsory service as an air traffic controller in the Israeli Defense Forces in the 1980s — an era during which Nes and other gay Israeli soldiers did not speak about their sexualities.

“We don’t often think that masculinity needs liberating, but it does need liberating from these narrow definitions of gender that straitjacket us into performing these ways of being that can be very toxic.”

Nes’ photographs are among the first featured in “Masculinities: Liberation Through Photography,” a newly reopened and extended exhibition at the Barbican in London through Aug. 23 that features more than 300 works by more than 50 international photographers, artists and filmmakers exploring how people of all genders have experienced, performed and (de)constructed masculinities around the world, from the 1960s through the present. The exhibition — which will travel to Berlin’s Martin-Gropius-Bau from October until January, and likely throughout Europe afterwards — turns a special focus to how queer photographers and subjects have used their lenses and gazes alike to resist dominant cisgender and heterosexual portrayals of masculinity that rely on limiting assumptions of physical strength, aggression and social dominance, according to curator Alona Pardo. And, Pardo added, the exhibition has become all the more relevant in the age of #MeToo and with the rise of populist male leaders — including those whose masculine inclinations have most recently prompted them to refuse to wear face masks proven to stymie the spread of coronavirus.

“We don’t often think that masculinity needs liberating, but it does need liberating from these narrow definitions of gender that straitjacket us into performing these ways of being that can be very toxic,” Pardo said. “We wanted to deconstruct, disturb and destabilize these perceived representations of masculinity. The idea was to celebrate a plurality of ways that one can be a man, or indeed become one.”

The exhibition showcases many queer photographers’ subversive portrayals of what Pardo called socially constructed “cliched masculine tropes.” These include Nes’ subdued soldiers; British artist Isaac Julien’s choreographed shots of curious Texas cowboys from the early 2000s; and the portraits of masculine aloofness and aggression captured in American photographer Catherine Opie’s seminal 1991 work “Being and Having,” which documents the artist and a dozen of her lesbian friends staring into the camera as they sport masculine signifiers — fake moustaches and beards — topped off with bandanas, dark sunglasses and cigarettes. Opie’s work recalls renowned gender scholar Judith Butler’s foundational 1988 theory of gender performativity, which established “gender” as “a constructed identity, a performative accomplishment” — rather than a biological given — achieved through “the stylization of the body,” including “bodily gestures, movements and enactments of various kinds.”

Other works throughout the show elaborate on Butler’s theory of the role of the body in the production of gender by highlighting the centrality of strong, able and assumed male bodies in the construction of masculinity. American photographer Robert Mapplethorpe — who died of AIDS in 1989 — captured Austrian bodybuilder Arnold Schwarzenegger in a series of 1976 semi-nude portraits in which he posed next to a dramatic curtain while flexing his enormous biceps. Mapplethorpe’s images serve as both an “homage and a parody,” as critic Allen Ellenzweig has written, to the strength and excess of Schwarzenegger’s form. The photographer’s nearby 1980 nude photograph of American female bodybuilder Lisa Lyon highlights her lean muscularity as she flexes her biceps while standing strong against a clear sky atop a mountain. While more reverential than the Schwarzenegger portraits, the image of Lyon nonetheless bears an element of irony, by showing the transferability of traditional features of “masculinity” to even women’s bodies.

On the opposite wall, “Time Lapse,” a series of semi-nude 2011 self-portraits by gender-nonconforming trans masculine visual artist Cassils — who also doubles as a body builder — shows the transformation of their body from lithe to bulky over the course of six months, during which time they adhered to a strict diet and exercise regime. Taken together, Mapplethorpe’s and Cassils’ works show both the artificiality of “masculine” bodies and the achievability of their defining strong features by anyone willing or able to work for them, Pardo said.

“The body’s a fleshy canvas that can morph and transform. I was really interested in this transformation of the body: Who is allowed to be male? How does the body perform that?”

The rest of the exhibition seeks to answer these questions through works that discard assumptions about what it looks like — and means — to be a man. The understandings that Pardo sought to establish as undercurrents of the show — that there are multiple manifestations of masculinities, which can be socially constructed and deconstructed — can be traced to the influential work of Australian sociologist Raewyn Connell in the 1990s and her concept of “hegemonic masculinity,” which she argued constitutes the dominant form of masculinity that wields the greatest social power in any given society.

American artists Hank Willis Thomas and Deana Lawson use their works to elucidate how this “hegemonic masculinity” in the United States relies upon the superiority of white men and the inferiority of Black men. In works from his “Unbranded: Reflections in Black by Corporate America” mixed media series, Thomas incorporates images from print advertisements targeting Black Americans from 1968, the year of Martin Luther King Jr.’s assassination, to 2008, when President Barack Obama was elected, in order to deconstruct the roles that capitalism, pop culture and the straight white male gaze play in constructing Black American masculinity. In her 2016 photo “Sons of Cush,” Lawson similarly shows how Black male figures in America are, as novelist Zadie Smith wrote, both “idealized…(in their physical beauty) and pathologized by the culture (as symbols of violence or fear).”

Other featured artists turned their cameras to the gay subcultures to which they belonged. American photographer Hal Fischer’s iconic “Gay Semiotics” series injects humor and irony into decoding aspects of the sexual lifestyles and effeminate appearances of gay men in Fischer’s San Francisco neighborhood in the late 1970s. That same decade on the East Coast, renowned American photographer Peter Hujar and Indian photographer Sunil Gupta captured Black, white, Latino and Asian gay men cruising Christopher Street in New York City’s Greenwich Village neighborhood, which served as a center of the city’s gay life and the site of both the Stonewall Inn and the 1969 eponymous riots that sparked the country’s modern gay liberation movement. Hujar and Gupta’s photos of the men — walking, talking, lounging, drinking and smoking — show both their pride as gay men and their claims to public space, Pardo said.

“They’re not hiding their faces, they’re coming out, they’re standing tall and proud,” she said. “It felt important that many of these works were taken out on the street in urban spaces, as ways of claiming legitimacy and visibility. They have a certain kind of liberty and joy about them, and they’re also political statements.”

For Gupta in particular, the political statements captured in his “Christopher Street” series were also personal; the series both marked and reflected his own process of coming out.

“I spent my weekends cruising with my camera … we were young and busy creating a gay public space such as hadn’t really been seen before.” Gupta wrote. “In retrospect these pictures have become both nostalgic and iconic for a very important moment in my personal history.”

Pardo said she hopes that the exhibition’s personal and political portrayals spark conversations — both within other museums and beyond their walls — that contribute to deconstructing the sometimes harmful limits and corrosive effects of certain kinds of masculinities.

“We don’t discuss masculinity — it’s something that’s seen as given, as a norm,” Pardo said. “Lots of people go into [museum] shows around gender and tiptoe around masculinity, and I think we had to be quite obvious about it.”