Researchers become their own lab rats with DIY coronavirus vaccine 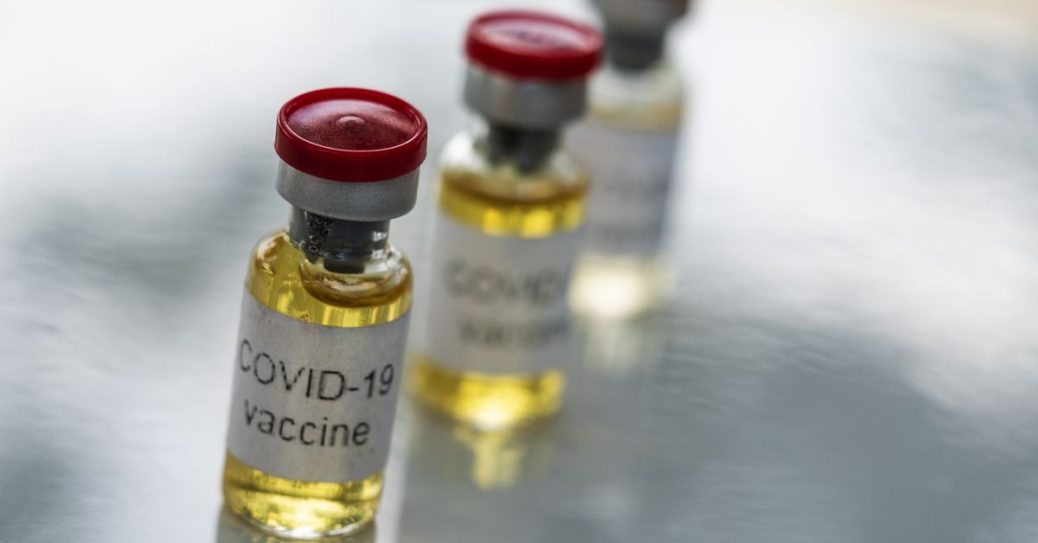 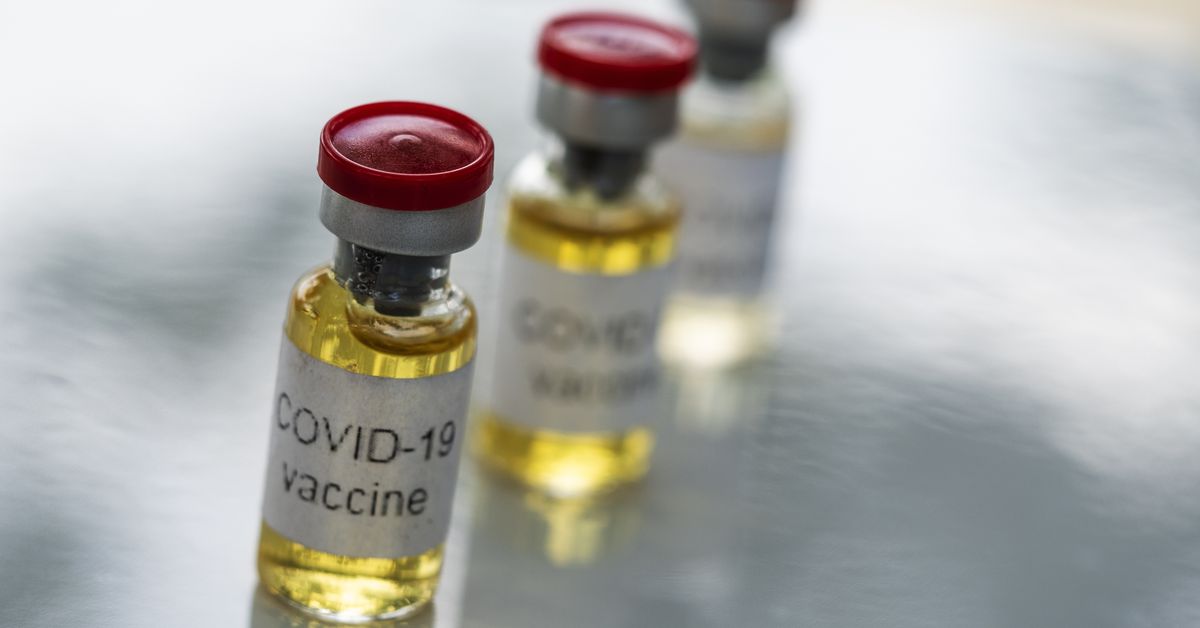 Vaccine trials have had a weird week. First, there was the exhilarating kickoff of two massive clinical trials for vaccines created by Moderna and Pfizer. Each company is hoping to recruit 30,000 volunteers to test whether its vaccine is effective and safe. This is normal.

What’s not normal is a bunch of researchers in Boston who have decided to test a DIY coronavirus vaccine on themselves. At least 20 people have mixed together the vaccine and sprayed it up their noses as part of what they’re calling the Rapid Deployment Vaccine Collaborative (Radvac), according to a truly wild MIT Technology Review story from editor Antonio Regalado.

Among the people testing the vaccine is Harvard University geneticist George Church. You may know him from other efforts, including recoding the human genome, Woolly Mammoth Revival, and Genetic Matchmaking. Church was a mentor to Preston Estep, a geneticist who started Radvac in March.

The George Church selfie of him taking a DIY coronavirus vaccine. This picture is a classic

This is the thread to go with it. pic.twitter.com/7xpb9zs8j6

As Regalado notes, this is all happening completely outside of any sort of regulation or oversight.

The Radvac group doesnt have clearance from FDA to test this vaccine, or use it.

They claim because participants mix ingredients themselves, and self-administer, it’s beyond regulatory reach.

I doubt that, but whether they get in trouble may hinge on how they talk about it.

Predictably, many bioethicists find this approach to vaccine development… problematic, as Regalado reports:

Arthur Caplan, a bioethicist at New York University Langone Medical Center, who saw the white paper, pans Radvac as “off-the-charts looney.” In an email, Caplan says he sees “no leeway” for self-experimentation given the importance of quality control with vaccines. Instead, he thinks there is a high “potential for harm” and “ill-founded enthusiasm.”

Church disagrees, saying the vaccine’s simple formulation means it’s probably safe. “I think the bigger risk is that it is ineffective,” he says.

But there are also other risks that aren’t directly related to the safety or efficacy of the DIY vaccine on the lab rats self-declared research subjects. There’s been a worrying rise in vaccine mistrust over the past few years, both in the US and around the world. Now, in the middle of a global pandemic, people are still distrustful of vaccines, and it’s getting worse, thanks to rampant misinformation.

“Since the outset of the pandemic, vaccine-related falsehoods have ballooned on [Facebook],” reporter Erin Brodwin wrote in a recent article on STAT, “and recent research suggests some of those inaccurate posts are gaining traction among people who weren’t previously opposed to vaccinations.”

“Since the outset of the pandemic, vaccine-related falsehoods have ballooned”

Radvac isn’t responsible for the current dire state of vaccine attitudes in the US and around the world. But if you’re going to experiment with high-profile drugs in the hopes of changing the world, you should be acutely aware of the world you’re experimenting in.

One of the reasons these falsehoods are able to take hold? People who are already scared of the pandemic are also pretty freaked out by the speed at which these vaccines — whether from big firms or small experiments — are being produced.

“I just feel like there’s a rush to get a vaccine out, so I’m very hesitant,” Joanne Barnes, a retired fourth grade teacher from Fairbanks, Alaska, told The New York Times earlier this month. Barnes, the Times reported, is someone who is “otherwise always scrupulously up-to-date on getting her shots, including those for shingles, flu and pneumonia.”

The trepidation felt by people like Barnes is why vaccine experts and virologists have repeatedly warned against cutting scientific corners in the pursuit of a vaccine. There’s a worry that if those experiments go badly, it could damage people’s willingness to get even a safe, approved vaccine in the future.

“Despite the genuine need for urgency, the old saying holds: measure twice, cut once.”

“A rush into potentially risky vaccines and therapies will betray that trust and discourage work to develop better assessments. Despite the genuine need for urgency, the old saying holds: measure twice, cut once,” Shibo Jiang, a professor of virology at Fudan University in Shanghai, wrote in Nature back in March.

As it is, Radvac is measuring and cutting with their own lives, gambling that they can make progress and stay small enough to pass unnoticed by regulatory groups.

“What the FDA really wants to crack down on is anything big, which makes claims, or makes money. And this is none of those,” Church told Tech Review. “As soon as we do any of those things, they would justifiably crack down. Also, things that get attention. But we haven’t had any so far.”

That’s sure changed. What happens next? It’s all an experiment.

Here’s what else was going on this week.

Children May Carry Coronavirus at High Levels, Study Finds
Kids younger than five who had confirmed cases of COVID-19 had nearly 100 times the amount of virus in their noses and throats compared to adults with COVID-19. Older kids had at least as much virus as adults. “One takeaway from this is that we can’t assume that just because kids aren’t getting sick, or very sick, that they don’t have the virus,” Taylor Heald-Sargent, lead author of the study, told The New York Times. (Apoorva Mandavilli / The New York Times)

Coronavirus infected scores of children and staff at Georgia sleep-away camp
On Friday, the CDC released a report of an outbreak at a sleep-away camp in June. Nearly 600 people (staff and campers) were at the camp, and researchers had test results for 344 of the people there. 260 of the tests came back positive, many of them from children. “This investigation adds to the body of evidence demonstrating that children of all ages are susceptible to SARS-CoV-2 infection and, contrary to early reports, might play an important role in transmission” the CDC report says. (Chelsea Janes/The Washington Post)

The odd, growing list of Covid-19 symptoms, explained
This is still a relatively new virus, so researchers are still learning a lot about what kinds of symptoms the disease causes. (Umair Irfan and Brian Resnick / Vox)

Monkey Business: Experimental vaccines from both Johnson & Johnson and Moderna were able to protect monkeys from catching the coronavirus, according to research published this week. That doesn’t mean that the vaccines will have the same effect in humans, but it is welcome news. “This week has been good — now we have two vaccines that work in monkeys,” virologist Angela Rasmussen told The New York Times. “It’s nice to be upbeat for a change.” (Carl Zimmer, Denise Grady / The New York Times)

I like to compare this with the difficult task of letting milk simmer on the stove. Most of the time it goes wrong, because the milk can boil over at any time and cause a huge mess. It is just as dangerous to let the virus infections simmer at a low level.

“Despite having less than 5% of the global population, nearly a quarter of the 662,000 deaths reported during the pandemic worldwide have occurred in the United States,” NPR reported on Wednesday, when coronavirus deaths in the US topped 150,000. The numbers are still rising.

To the more than 17,613,859 people worldwide who have tested positive, may your road to recovery be smooth.