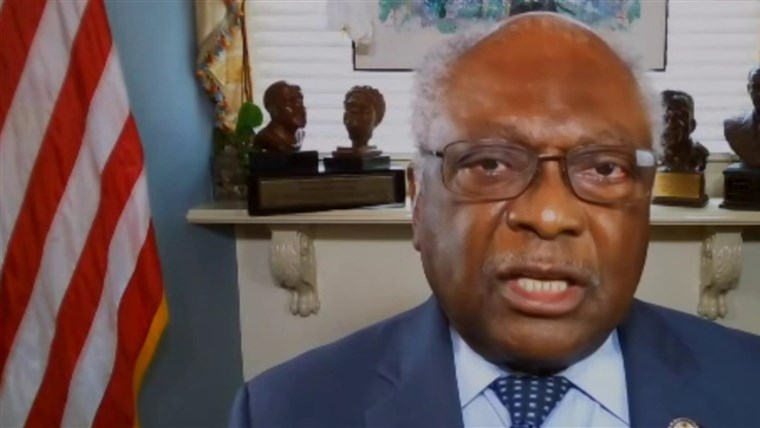 We know that Joe Biden’s vice presidential pick will be a female and that the announcement is coming very soon.

Beyond that, it’s a mystery, though several contenders have emerged, including Sen. Kamala Harris, Rep. Karen Bass and Susan Rice, among others. Presidential nominees of the past have taken very different approaches toward this task, weighing various imperatives and facing varying obstacles.

Here are four basic categories that V.P. picks can be placed into, along with some examples of each — and a look at the relevance to Biden in his current deliberations:

Bob Dole/Jack Kemp (1996): There were polls showing Sen. Bob Dole running around 20 point behind President Bill Clinton in the summer of 1996, and with the economy picking up steam, Dole’s challenge was growing steeper by the day. In the “veepstakes,” he saw an opportunity — and a desperate need — to make a splash.

First, he tried to persuade retired Gen. Colin Powell, who had passed up a presidential bid of his own, to join the Republican ticket. When that failed, Dole turned to an unlikely alternative. In the Reagan years, he and then-Rep. Jack Kemp had been bitter foes. Of Dole, Kemp had once quipped: “He never met a tax he didn’t hike.” But Kemp, who’d gone on to serve in the President George H.W. Bush’s Cabinet, was a genuine rock star among conservatives and, thanks to his previous career as an NFL quarterback, had a reputation that extended beyond politics. Dole swallowed his pride and invited Kemp to run with him.

John McCain/Sarah Palin (2008): Sen. John McCain was a formidable underdog, and he knew it. Voters had soured on President George W. Bush and the Republican Party and Democrats had nominated the charismatic and popular Barack Obama, who was seeking to make history as the first black president.

The recognition that he needed something dramatic to shake up the race led McCain to Sarah Palin, who was only in her second year as the governor of Alaska, a distant and sparely populated state. They had no previous relationship, and Palin was unknown to the national political and media worlds and utterly unaccustomed to the spotlight. She would become a political lightning while McCain, a decade later, would confess his regret for selecting her — and not his other outside-the-box option, Sen. Joe Lieberman.

Relevance to Biden: By declaring that he will pick a woman — and possibly the first nonwhite woman ever to run on a major national ticket — Biden is setting himself up to make a splash. But his steady and sizable lead in polling puts him in a very different position than McCain and Dole. He is not depending on his V.P. choice to transform the race and he can afford to be patient — and picky.

Bill Clinton/Al Gore (1992): The assumption was that Bill Clinton, a 45-year-old centrist Arkansas governor, would seek a running mate to provide balance — regional, ideological, generational. Instead, he went with Gore, a fellow centrist southerner from the Baby Boom generation. This was Clinton’s way of demonstrating to voters his independence from the more liberal Washington wing of the Democratic Party, which was coming off three straight landslide defeats. As a Clinton-Gore television spot put it: “They don’t think the way the old Democratic Party did.”

Al Gore/Joe Lieberman (2000): One of the biggest hurdles facing Vice President Al Gore was his boss: Bill Clinton had in 1998 admitted to lying to conceal an affair with a former White House intern, ultimately leading to his impeachment (though he was acquitted by the Senate). The scandal shattered Clinton’s moral authority and gave rise to the rallying cry of Republican nominee George W. Bush, who vowed to “restore honor and dignity to the Oval Office.” In selecting Lieberman, a Connecticut senator who had delivered a memorable condemnation of Clinton’s behavior, Gore created distance from the president and offered a nod to public disgust with Clinton’s conduct.

Relevance to Biden: President Donald Trump’s team wants to fight this election on culture war issues, and there are areas where Democrats — including some of Biden’s opponents during the primary campaign — might be vulnerable. Elizabeth Warren, for instance, backed reparations. Bernie Sanders praised elements of Fidel Castro’s rule in Cuba. Kamala Harris signed on to decriminalizing marijuana.

Biden kept his distance from all of this. But it was Biden, of course, who triumphed in the primaries, and he’s shown an unwillingness to take Trump’s bait on many of these issues.

Ronald Reagan and George H.W. Bush (1980): It’s hard to believe now, but in the summer of 1980 there was still doubt over whether Ronald Reagan could actually win a national election.

His conservatism evoked memories of Barry Goldwater, who’d lost in a landslide 16 years earlier, and many wondered if the country might ultimately be unnerved by Reagan. Additionally, the GOP of that era still contained a sizable moderate — and even liberal — wing.

There was danger for Reagan of losing GOP voters to Rep. John Anderson, a liberal Republican who’d run in the GOP primaries before bolting for an independent bid. Thus, there was pressure on Reagan to use his V.P. selection as a gesture of respect for and inclusion of his party’s moderates. For a moment, it seemed he’d go with former President Gerald Ford, but when those negotiations collapsed Reagan chose George H.W. Bush, a moderate who’d run somewhat to Reagan’s left during the Republican primaries.

John Kerry and John Edwards (2004): They were rivals for the Democratic presidential nomination, and from the moment John Kerry emerged the victor there was pressure on him to team up with John Edwards for the general election.

But Kerry’s instinct had differed. He had no relationship with Edwards and preferred another also ran from the Democratic primaries, Rep. Richard Gephardt. In the years following the ’04 race, Edwards’ personal and political reputation would crumble and Kerry would express regret over picking him.

Relevance to Biden: Both Sens. Kamala Harris and Elizabeth Warren vied with Biden in the Democratic primaries and have developed constituencies of their own within the party. Warren, in particular, has a sizable following among liberals. But unlike, say, the Republican Party of 1980, Democrats are not at risk of fracturing in this moment. In fact, polling suggests that Warren’s voters, despite whatever ideological or stylistic differences they might have with Biden, are almost universally committed to backing Biden in November.

4. We have to govern

George W. Bush and Dick Cheney (2000): Dick Cheney, a former congressman and Defense secretary, was only 59 when Bush chose him, so in theory he could have used the V.P. slot as a springboard to a future White House bid. But from the start, Cheney made it clear that his interest was in the vice presidency itself — in playing a forceful role in a Bush administration.

Politically, Bush was credited with adding “gravitas” to the ticket and reassuring voters who were uneasy about his own maturity. But fundamentally, the Cheney pick was made with an eye toward governing in a way few V.P. selections are. Cheney would serve two terms and never once indicate the slightest interest in running to succeed his boss.

Barack Obama and Joe Biden (2008): Similar to the Cheney selection, Obama’s choice of Joe Biden added a seasoned Washington veteran to the Democratic ticket, an effort to counter unease about Obama’s limited experience. Like Cheney, Biden, then 65, conveyed a desire to carve out a meaningful role in the administration.

And while he didn’t forswear a campaign to succeed his boss, Biden spent his time as vice president overshadowed by Hillary Clinton and her desire to run again in 2016. Biden would sit that race out, seeming to accept political retirement — only for Clinton’s unexpected defeat by Trump to open the door to an utterly improbable Biden presidential bid in 2020.

Relevance to Biden: This is the category one that seems the most relevant.

Biden, if elected, will be 77 on Inauguration Day. A re-election bid in 2024 would be possible, of course, but not likely. Thus, Biden’s V.P. choice would likely have a strong leg-up in that race, if she’s inclined to pursue it, meaning that Biden, more than most nominees, could be picking not just a vice president but also a future president.

Either way, Biden has more reason than usual to prioritize finding a vice president he’d actually like to work with.