Supercomputers Recruited To Hunt For Clues To A COVID-19 Treatment 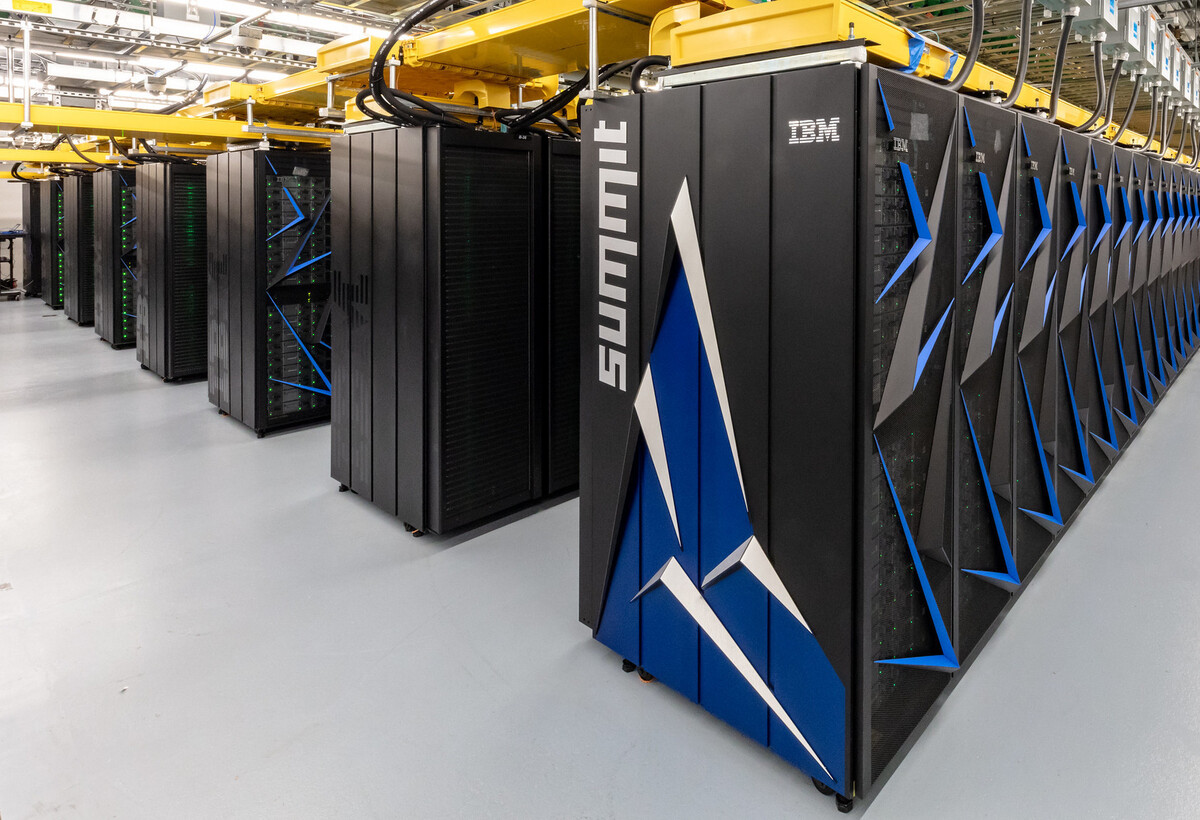 The federal government is now adding supercomputers to its toolset in the hunt for ways to stop COVID-19.

According to an announcement by President Trump Sunday, a newly established COVID-19 High Performance Computing Consortium will bring together industry, academic institutions and federal laboratories to try to identify or create candidate compounds that might prevent or treat a coronavirus infection.

The Oak Ridge National Laboratory in Tennessee (one member of the consortium) is using its supercomputers to look for compounds already on the market that might foil the virus.

Oak Ridge’s approach involves what’s called computational structure-based drug discovery. Basically, that means they use a computer to calculate how drugs might work against germs like viruses.

“We could get these calculations done in one day on the supercomputer, whereas a normal computer, it would take a month,” says Jeremy Smith, director of the Center for Molecular biophysics at Oak Ridge.

To run the calculations, you need to know the physical properties of the proteins a virus makes — what they’re made of and what their shape is.

One key viral protein of the coronavirus is called the spike protein. Information about what it looks like came out in mid-January, so Smith asked people in his lab if they wanted to start looking through databases of existing drugs that would block it.

“Micholas took this spike protein structure home and then — paradoxically, maybe — he got the flu,” Jeremy Smith says. “So he was ill in bed with the fever. But that doesn’t stop you running calculations.”

The calculations revealed lots of compounds already on the market that might be able to block the spike protein. But remember, Smith says, the list only gives probabilities a given compound will work, given its physical properties. A biologist still needs to test these compounds to see if any of them really work.

That’s where Colleen Jonsson comes in. She studies viruses at the University of Tennessee Health Science Center in Memphis. She’s developed what’s called a high-throughput screen — short for screening test. That means she can test a lot of samples at once.

“Once we add virus,” she says, “then we allow that to incubate for two to three days, and then we examine if the cells have been protected from the virus by the drug.

If the cells don’t get infected, that means the drug is doing something, although it still doesn’t mean the substance will work in people. That will require additional testing.

So are any of the candidates she got from Oak Ridge promising?

Jonsson says Oak Ridge isn’t the only place that’s coming up with candidate treatments for COVID-19.

“Anyone who has compounds that they think might have a chance, I’m happy to put them into our current screen,” Jonsson says.

And Jeremy Smith at Oak Ridge says the team is continuing to search for possibilities.

“So as we speak, calculations are running on the supercomputer now to try and get a better estimate of what drugs might work,” Smith says.

The newly announced government-industry-academia computing consortium means Smith will have a lot of people to help him.